Stevens4Prez 2016: How I’d save the middle class 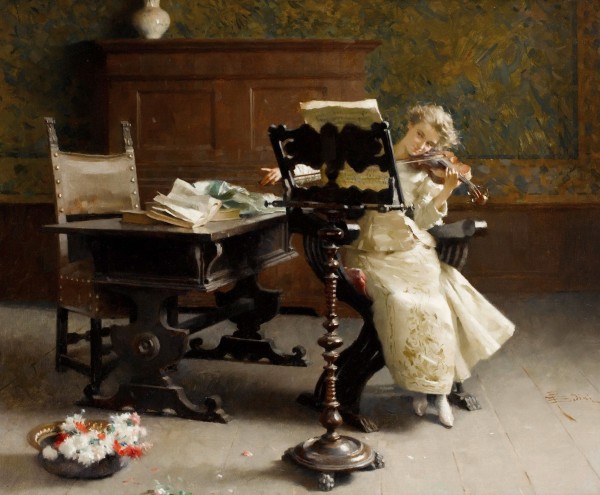 Greetings, everyone. Settle down there in front. My name is Brett Stevens and I’m running for president. I don’t stand a chance of winning, but neither does anyone else in a democracy. No one laughing… oh wait, there’s a few. No, don’t throw tomatoes. Anyhoo, I wanted to introduce my campaign.

I’m not running on the right or the left, although my approach is conservative, because my politics are from before the time when we split into right and left and murdered innocent people in the name of ideology. My political ideology is really simple, actually. Here it is:

I believe that every idea needs to be measured in terms of its results.

Soo…. that doesn’t sound controversial, but it is. This means that what you think of the idea is not important. All that matters is whether it works, and if you decide that you like it even though it fails and you can rationalize that, you don’t get to have it. Results only, and by that I mean effects in reality from now until the end of time. No dodging responsibility here.

As a result, most of my platform falls into one of two categories: (1) the “stop doing stupid things” branch where I talk about repealing most laws passed after 1792, and the (2) “we don’t need laws to do this” branch where we talk about ways that as citizens, informally and without being forced to do so, can make changes. Long shot is: you pay a lot less in tax and have less government in your life, but you have to step up and be an active participant.

And of course that’s not going to win. (Laughter). If I wanted to win, I’d be part of the Free Donuts and Beer Party and everyone would love me. The Democrats could learn a lot from me. Or maybe they hide what they’re actually doing because they’re all lawyers. Stop comparing lawyers to snakes. That’s mean to snakes. (Loud silence).

Moving on… today I want to tell you about how I’d save the middle class. The middle class — people with more wealth than just scraping by, but not so much they can buy their way out of trouble — has been under assault since the 1950s. At that time, our government took to heart what it learned from the Nazis and the Soviets, and realized that if it found an ideology that no one could say no to, it could write itself an unlimited blank check for power. They came up with “the poor,” which was a new category designed to imply that anyone barely scraping by was a victim somehow, and then tied that in with race, which is a touchy American subject. So now it was: the Black poor. You can’t say no to that unless you’re the ultimate meanie!

Starting in that decade, Americans began to approve of “social justice” programs that aimed to correct racism, poverty, sexism and discrimination against homosexuals. What they did not realize — and no one had incentive to tell them — was that this more than doubled our budget.

We can pay down war debt, and ride out changes in the market. But we can’t do that when we are spending much more than we can take in, because then debt becomes a perpetual condition. And people become dependent on these programs. This means that the situation will never be corrected.

Unfortunately for the middle class, “social justice” will eliminate them. In the same way that a rich man and poor man can pay the same $100 fine and have it be devastating to one and inconsequential to the other, the social justice taxes hit poor, middle class and rich separately. The poor pay no taxes, but even if they did, they would trade off a huge chunk of their income for even more in benefits. The middle class pay more taxes, and cut corners in other areas instead, which means they never build up a solid cushion of wealth and are living paycheck-to-paycheck. But what they pay out is greater than what they receive. The rich pay the most, but it’s still nothing compared to the benefits they receive from having the money pumped into the economy through all the people receiving benefits, although that money doesn’t go very far because it goes into products at the end of their added value process, not at the beginning where it could serve as investment capital.

The end result of this is wealth transfer from the middle class to “the poor,” which generally means groups who have not had much luck finding prosperity in our country. This creates a permanent group of kids sitting in the back row of class who are going to try to sabotage anything we do, while we pay for them, and can’t make them go away. And it’s being done on the backs of the middle class people.

My plan for saving the middle class has a few components as a result:

The last one seems controversial, but it shouldn’t be. Freedom of association means that society cannot force you to spend time with, sell to, rent to, buy from, hire or be hired by anyone you dislike at any time or to sell any product you do not approve of. If you don’t want to sell someone a gay wedding cake, you don’t have to. If they don’t want to sell you a cake because your nose looks funny or you LARP on the weekends, that’s OK too.

We can end our constant religious wars with this one too. Don’t want Muslims in your town? Find enough people to not support them, and they’ll go away. Want an atheist paradise? You don’t have to sell your house to Christians, Jews or Muslims. And even if you want a little theological enclave, you can just sell to only those of your faith and cut everyone else out.

The fact is, folks, it’s not the job of government to put diapers on you and make you do the right thing as we see it. We trust in God and nature for that. Government is here to keep the roads up to date and have the military to defend us, and really, very little else. Much of the stuff we do now is unnecessary, or better handled by someone else. If it needs doing, it’ll get done.

Our society is in deep doo-doo because we took on these social justice programs. We’re broke, unstable and most people hate each other. There is no unity, trust or decency. And the economy is flaking out as a result. Most people want us to make more government to fix this problem, but the fact is that more government got us into this state, and will only deepen the problem. We need to think different, outside the box, and that box is government.

Think of what you can do with the extra money. We won’t give you free stuff like the Democrats, but we’ll let you keep your own stuff instead of giving it to us. I have a rule about government programs: any programs that take money from all of us and give it to a group smaller than all of us are bad programs. That includes farm subsidies, welfare, and pork barrel projects by senators. We can cut it all and stop screwing up our country, and you’ll come out ahead and government will get out of debt.

I won’t claim this step is radical, but right now, any change from business-as-usual is going to look radical. What we have to agree on is that the way we are doing it now just is not working and we need a change. From there, we can make this country fun again. Thank you for listening. I’ll be back in a month with more policy ideas. Yes, Ma’am, there will be refreshments…For God and country, of course!…What a lovely baby!

Transcript from December 2, 2015 at “Lee’s Bowl and Burger,” Harrison, Texas.

A requisite Rubicon crossing | What is modernity?