Steve Bannon Reveals The Core Of The Alt Right: Traditionalism Plus Nationalism 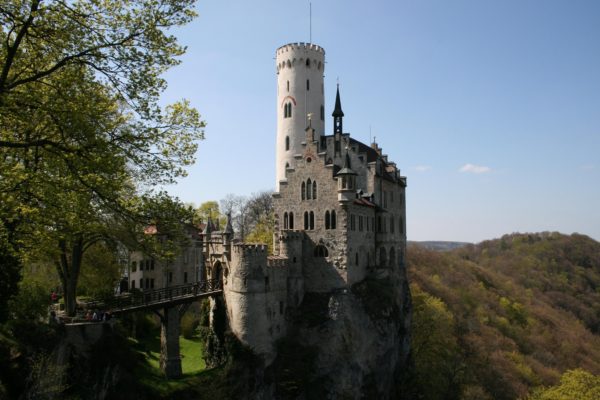 The mainstream media calls him a “white supremacist,” which originally meant someone who wanted Caucasians to rule the world and subjugate the lesser races, but now apparently means a white person who resists diversity.

Diversity, as a derivation of the idea of equality, works the same way that equality does: whoever is perceived to be on top is penalized and that power and wealth is redistributed to those on the bottom. It might be called anti-Darwinian supremacism.

However, Steve Bannon reveals a far more nuanced view of the world:

Bannon’s readings tend to have one thing in common: the view that technocrats have put Western civilization on a downward trajectory and that only a shock to the system can reverse its decline. And they tend to have a dark, apocalyptic tone that at times echoes Bannon’s own public remarks over the years — a sense that humanity is at a hinge point in history. His ascendant presence in the West Wing is giving once-obscure intellectuals unexpected influence over the highest echelons of government.

…”The West is in trouble. I don’t think there’s any doubt about that, and Trump’s election was a sign of health,” said a White House aide who was not authorized to speak publicly. “It was a revolt against managerialism, a revolt against expert rule, a revolt against the administrative state. It opens the door to possibilities.”

…Curtis Yarvin, the self-proclaimed “neoreactionary” who blogs under the name “Mencius Moldbug,” attracted a following in 2008 when he published a wordy treatise asserting, among other things, that “nonsense is a more effective organizing tool than the truth.” When the organizer of a computer science conference canceled Yarvin’s appearance following an outcry over his blogging under his nom de web, Bannon took note: Breitbart News decried the act of censorship in an article about the programmer-blogger’s dismissal.

Neoreaction, like its parent philosophy found among the reactionaries, starts with this cyclic view of history: there are right ways to run a civilization, and less-right ones, and when civilization deviates from the right ways, it enters a decay cycle. At that point, it has become corrupt and must be partially destroyed in order to rebirth itself.

Like many philosophies derived from the libertarian fringe, Neoreaction is based on the idea of offering options in the freedom of association vein. Its primary concepts, “patchwork” and “formalism,” state that the world is breaking apart into many little corporate states where government is no longer viewed as anything but a self-interest, profit-oriented actor, and therefore must compete for citizens according to free market principles.

While in itself this seems dodgy, as we know that the world will shift to Coca-Cola and Big Macs instead of Beethoven and Aristotle, the point is made that currently, under the aegis of a moral imperative, government appears to be a benevolent moral actor but in actuality is acting to increase its own power and share of the wealth of the citizenry.

As the Founding Fathers alleged, then, government is a parasite once given enough power, because like all things on earth, it acts in self-interest. It is better — in the Neoreaction view — to formalize that self-interest by making government competitive, thus giving it an incentive to reduce its own power in order to increase its own wealth.

This misses the point in many areas, notably what aristocracy addressed, which is a recognition that those who are good at making profit are not good leaders because they are specialized in a different area than leadership. A for-profit system will reward lowest common denominator thinking and shape its people into a commercial culture which is incapable of greatness.

Instead, aristocracy chooses the best people and entrusts them with wealth and power which they have an incentive to keep consistent or slightly increase, but because they already have all they need and are not judged by acquisition, have no motivation to keep the kind of growth-oriented Ponzi scheme to which free markets devolve in the hands of the Crowd.

As Plato said in The Republic, Libertarianism is an intermediate stage whereby those with wealth attempt to defend it by arguing for a benevolent “every man for himself” type order, forgetting that the more numerous drones will simply form a big gang or cult called a Crowd and then take over power. Libertarianism is a march to death, but as Moldbug demonstrated, Libertarian theory is a way out from Leftism.

Bannon reputedly reaches a similar state by pairing Neoreaction with transcendental idealism, which he derives from its oldest source, the Bhagavad-Gita:

According to a former friend of Bannon’s, he “used to talk a lot about dharma — he felt very strongly about dharma — one of the strongest principles throughout the Bhagavad Gita.” Dharma, a difficult term to translate from Sanskrit, can mean righteousness, but also duty. Every human must follow his or her own dharma (duty, calling) in accordance with his or her nature and social duties in order for society as a whole to be following the path of dharma (righteousness, order) and be in line with the cosmic order of things:

It is better to engage in one’s own occupation, even though one may perform it imperfectly, than to accept another’s occupation and perform it perfectly. (Bhagavad Gita 18:47)

…Given Bannon’s worldview, which sees the world, and especially the West as being in a state of moral and economic crisis resulting from the lack of mooring in traditional values (in other words, adharma, or lack of dharma or alignment with a sacred worldview), his interest in dharma is not surprising.

Dharma is (in part) a defense of inequality: each person has a different role, and they contribute unequally toward a cooperative purpose, which is not found in material — like economics, politics and social factors — but in principle, or upholding the ideals and structures which make for a life which is closest to the divine.

With this inclusion, Bannon’s Neoreactionary influences seem more methodological and his goals more like those of the Alt Right, which combines nationalism and traditionalism with a futurism that acknowledges hard truths about humanity.

This pairing of Neoreaction and Hinduism shows a chief strategist who is aware of the trends of history and how we break out of them. We move from materially-derived ideas such as demotism, the Neoreactionary term for popularity contests like consumerism and democracy, toward ideal-based movement toward a stable and qualitatively improving world order.

In itself, that does not seem significant until one realizes what it rejects. Ideals are not fixed but are continuous, meaning that their core principles never change, but adapt and improve qualitatively while remaining essentially the same thing. The notion of Progress has died, including the liberal democratic version which holds that improving the material situation of individuals is the highest good.

Instead, in a Bannonian/Trumpian world, the goal is to establish a civilization that rewards the good and punishes the bad so that all may benefit from the power of inequality, which is a gradual force toward upward qualitative improvement. In this, Bannon echoes not just his recent influences, but the ideals of conservatism and human wisdom since time immemorial, rejecting the Enlightenment and the nightmare it produced.