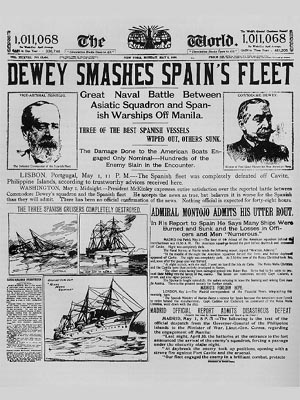 By changing the order or the emphasis, you can make change the way a situation appears to look.

We generally call this “spin,” referring to how things look different from different angles, and spinning them obscures this.

Check out this verbiage (borrowed from this article):

What emotions and sentiments does that conjure?

“Fewer than half” sounds cheerful. That’s less than half. That’s not all of them by far.

“Deported” is a really strong word as well.

And “convicted criminals” makes us feel good — there was a trial, and all that.

Almost half — 195,772 — of the foreign nationals repatriated to their home countries had been convicted of crimes, with many more of the 392,862 sent home being suspected felons.

No longer is the bias engaged in minimizing the impact of the numbers; we see that “almost half” sounds worse than “fewer than half,” even though the number is the same. Even more, the emphasis places the number first, showing us 196,000 felons before we get to the rest of the sentence.

“Repatriated” and “sent home” are kinder and gentler than other terms normally used.

Finally, this passage mentions the difference between “convicted” criminals and those we suspect but haven’t gone through the labor, expense and time of a trial for.

It’s a radically new world when you remove the spin. And whichever spin you choose, the facts remain the same.

Philosophy — is it useful? | The Autobiography of Malcolm X, by Alex Haley