SJWs Cannot Afford Their Own Beliefs and Behavior 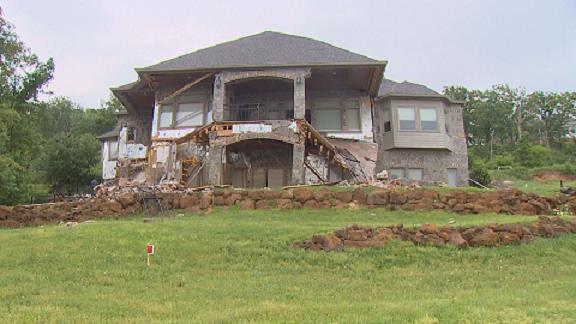 I think that the recent protests at The University of Missouri were quite informative. We have learned that their journalism faculty will throw journalists out of the protests if they start filming what the morons are up to. We have learned that their fellow students consider them positively atrocious as human beings and a threat to what honest people are attempting to accomplish in four years of college. Finally, we have learned exactly what we can do to stop SJW Entryism. We simple cease and desist with our support of these institutions.
This has happened with The University of Missouri. Now some other enjoyable things are happening as well.

The fallout from the fake Mizzou protests continues to destablize the University of Missouri. Today the interim chancellor of the university emailed students that the university will enroll 1500 less students than projected and faces a budget shortfall of $32 million this year. While the 1500 fewer students aren’t broken out by year, the vast majority of them will come from the entering freshman class.

The University of Missouri demonstrated its commitment to the Manna of Dollar Sign from legislative heaven. You see about 100 of the legislators who vote on funding for Mizzou have demanded the firing of Journalism Professor Melissa Click. The University has opted to fire her from a cannon as rapidly as they can light the fuse. This Professor Click tells us, cannot stand.

â€œIn their decision to terminate my employment, the curators bowed to conservative voices that seek to tarnish my stellar 12-year record at MU,â€ Click wrote. â€œInstead of disciplining me for conduct that does not â€˜meet expectations for a university faculty member,â€™ the curators are punishing me for standing with students who have drawn attention to the issue of overt racism at the University of Missouri.â€

Personally, I agree with Dr. Click. Melissa Click represents the true mindset and beliefs of professional academia. If you disagree with them, you are a pseudo-sapient, troglodytic moron. You could even harbor nefarious secret intentions to vote for Donald Trump! Melissa Click is the face of the Post-modern Amerikan pseudo-erudite bullsh!t industry. She is who should represent what our universities have truly become. Letâ€™s have some truth in advertising here.
So put Melissa Click in charge of The University of Missouri. Let her design the entire curriculum. Then, letâ€™s see who in their right mind would actually apply for admission to this institution. If the 20% reduction in admissions for this Fall are any indication, showing the public the real face of Leftism makes them recoil in condign disgust.
But wouldnâ€™t this reward this SJW Gropenfuhrer for being her precious snowflake self? No. It would be revealing her subterfuge. The last thing an SJW Entryist ever wants is to have to run the organizations they feed off of as parasites. It would be the equivalent of making Anita Sarkeesian actually have to crank 50K lines of programming to hit a developmental deadline at a coding shop.
But wouldnâ€™t this destroy Mizzou as a useful institution? Only partially. It would destroy it as a viable institution, but just how useful is Mizzou if they hired Melissa Click to begin with? Plus, there needs to be a clear and undeniable example. We need to make an SJW show the world exactly how useless they are on any practical level.
Let Mizzou be consigned to irrelevance. Let it burn. They hire the likes of Melissa Click. The foundation is already hopelessly rotten. Let what happens to Mizzou be a lesson. I think we need more than just a mere $32M reasons to get rid of our SJW infestation in Amerika.

Why segregation is natural and happens time and again | Why nationalism is rising: it works!