The concept of simulacra boggles the mind â€“ a copy without an original?Â  How is that possible?Â  To put it more simply:Â  a simulacrum can be defined as a copy of a copy of an original or similarly, a model of a model of an original.Â  But still this is too abstract.Â  How does this concept apply to real life?

The Menâ€™s Rights Movement provides an interesting laboratory to study the concept of simulacra.Â  Although the MRM is characterized by several things, the phenome 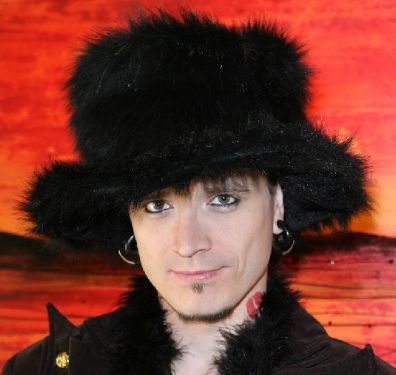 non of â€œGameâ€ seems to be one of its most popular aspects.Â  With this in mind, let us concentrate on Game for the time being.Â  Game is essentially a codified model based on Evolutionary Psychology that helps men flirt with, date, and understand modern women.Â  Some advocates of Game will say that Game, properly understood, is more than about picking up women, it is a general approach to life.Â  This is true, as a tool is reliant on its user.Â  However, critiquing Game on a moral level is not our concern today.Â  Our concern is critiquing Game on a structural level.Â  The structure is simple.Â  Evolutionary Psychology, as true as it may be, is merely a model of reality.Â  Game, as true as it may be, is a model of Evolutionary Psychology.Â  Game is a model of a model.Â  And the practitioner of Game runs the risk of modeling his life on the model of a model.Â  Forget the Alpha Male/Beta Male divide; I give you the Simulacra Male.

Actually, understanding the “Alpha” Male/”Beta” Male divide provides insight into the simulacrum of Game.Â  Indeed, there is no doubt that in reality there are Alpha Males and Beta Males.Â  In fact, the hierarchy should probably be divided even further.Â  But for our purposes, letâ€™s keep things simple.Â  Broadly speaking, in its rudimentary form, Game is a way to teach Betas how to mimic Alphas.Â  How they talk, body language, what their general attitudes are.Â  The Beta simulates the Alpha.Â  Now a thought experiment:Â  forget Alpha/Beta; let us imagine simply a male encountering Game.Â  This theoretical male will now act like a Beta, acting like an Alpha.Â  God forbid this undefined male was actually an Alpha to begin with!Â  The model now precedes the man.Â  Can we imagine a possible future where boys encounter Game before they encounter girls?

But is this so bad?Â  All men want to be Alpha Males, right?Â  Yes we do, but how is the Alpha Male being defined in the world of Game?Â  Theories, definitions and models abound.Â  Rather than sum up what Alpha Males are, letâ€™s sum up what is notably absent.Â  According to the Game world, the one thing that Alphas do not do is â€œfollow the rules.â€Â  This is admirable in a time when the rules are made by feminists and liberals.Â  But is the impulse or instinct to follow the rules â€œBeta?â€

By now it should also be noticed how often the word â€œmaleâ€ is used in the Game world.Â  Do not underestimate this.Â  The Game world is obsessed with defining Alpha Male and Beta Male.Â  What about Man?Â  A

male and a man are not the same thing.Â  We need a new conception of Man.

â€œBrave, unconcerned, mocking, violent â€“ thus wisdom wants us: she is a woman, and loves only a warrior.â€Â  Nietzsche was pretty macho.Â  Of course, in the Game world, however, you wouldnâ€™t want to be too unconcerned, you wouldnâ€™t want to be too mocking.Â  But rather than dwell on what Man is, as the Game world dwells on what an Alpha Male is, let us consider what Man strives for.Â  â€œMan does not strive for happiness; only the Englishman does that.â€Â  Only Nietzsche could be so simultaneously violent and funny.Â  This is a critique of Utilitarianism, but it strikes a chord beyond that.Â  Happiness seems to be a goal beneath Man.Â  Nietzsche parallels the Game community by telling us to break the rules and reclaim our manly virtues.Â  But would the Game community balk at Nietzsche?Â  â€œWe will break the rules but only insofar as it costs us not too much happiness,â€ they might reply.Â  In the Game community, the general conception of the â€œbad boyâ€ is hardly dangerous.

Let us return to the impulse to follow the rules.Â  In order to understand this better we need a new animal beside the Alpha Male and the Beta Male.Â  Behold â€“ the Alpha Boy!Â  The stereotypes and clichÃ©s of the hyperactive, rebellious boy that just wants to go outside and play need not be expounded upon.Â  It is not at all hard to imagine a different kind of boy in addition to the stereotype.Â  What does this â€œAlpha Boyâ€ do?Â  He beats up bullies, he follows the rules, he respects and defers to his elders, he is polite, he doesnâ€™t fight every battle, despite being a boy he can see a bigger picture, he is all business, he gets good grades, and he doesnâ€™t get kicked off the football team.Â  You get the idea.Â  In a cruel and ironic twist, these impulses to follow the rules, obey elders, and co-operate are also the same qualities that make Alpha Boys so susceptible to indoctrination, unfortunately.Â  Plato agrees:

â€¦in youth good men often appear to be simple, and are easily practiced upon by the dishonest, because they have no examples of what evil is in their own soul. [The Republic, Book III, Section 409a]

The world is in trouble when trust, loyalty, and taking people at face value are considered â€œBeta.â€Â  But this is the indoctrination that boys face and complaining will get us nowhere.Â  However, it is not inconceivable to imagine that this rare creature, the Alpha Boy, upon learning of his own subtle, subterranean indoctrination by the hands of modernity, could be far more dangerous than any rebel, badboy, or Gamester.Â  Game responded to feminism in a very logical way â€“ letâ€™s use science and truth to find our way back.Â  But in a simulacrum, truth is not even an option; theoretical violence is the only weapon left.Â 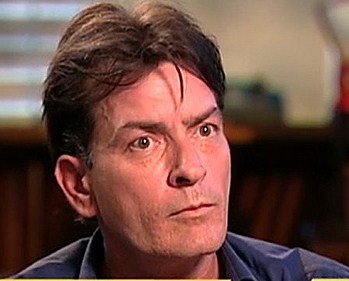 So how do men find their way back to Man?Â  Models, instructions, and lists of qualities start to make one weary.Â  Instead of a model (of a model) of Man, perhaps images of Boy can do just enough to suggest something to us, but not turn us into models.Â  Could it be that simple?Â  Do we reclaim our manhood by reclaiming our boyhood?Â  Images of Boy:Â  boys build snow forts, boys dig for dinosaur bones, boys draw monsters in the afternoon, boys wear their costume every day before Halloween, boys terrorize girls, boys read stories of heroes and villains, boys read the Book of Revelations, boys believe that spirits inhabit trees, boys contemplate death, boys fantasize of the destruction of the world, boys try to understand God, boys play in the backyard and proclaim themselves the King of the Beasts!Â  In a word, this is called simplicity.

In the world, when people call anyone simple, they generally mean a foolish, ignorant, credulous person.Â  But real simplicity, so far from being foolish, is almost sublime.Â  All good men like and admire it, are conscious of sinning against it, observe it in others and know what it involves; and yet they could not precisely define it.Â  I should say that simplicity is an uprightness of soul which prevents self-consciousness.Â  It is not the same as sincerity, which is a much humbler virtue.Â  Many people are sincere who are not simple.Â  They say nothing but what they believe to be true, and do not aim at appearing anything but what they are.Â  But they are forever thinking about themselves, weighing their every word and thought, and dwelling upon themselves in apprehension of having done too much or too little. Â These people are sincere but they are not simple.Â  They are not at ease with others, nor others with them.Â  There is nothing easy, frank, unrestrained or natural about them.Â  One feels that one would like less admirable people better, who were not so stiff.Â –Fenelon

The Simulacra male will never be simple; he will be lucky for the moments he is sincere.