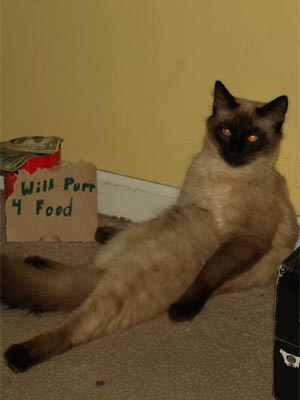 The primordial stupidity of liberalism reveals itself through its voracious envy. Anyone who has more than the rest, according to liberals, possesses no special ability except lucky; therefore, they must have stolen it; regardless, they should give some to the rest of us, because we’re human too.

It’s a kind of bitter bargain: I’m part of your team, therefore you owe me, except that no one picked teams. Although liberals are quick to call heritage and class accidents of birth, they’ll never mention the converse, which is that membership in the same political system is far more arbitrary.

You can see this tendency most clearly in the assault on corporations who, liberals presume, not only exist arbitrarily but absorb their money through theft, depriving the rest of us.

Here’s a list of corporate “freeholders” who paid no tax last year, and the implication is that if conservatives want to complain about welfare cheats, inefficient federal bureaucrats and overpaid make-work cubicle-sitters, they should first look at these horrible, horrible corporations:

What the liberals do not tell you is that corporate “freeloaders” may pay no taxes, or have profits after a bailout, or even receive a refund, but that doesn’t mean they paid nothing. Note how the commentary is careful to only mention the circumstance that “sounds” most damaging, without mentioning factors that balance it.

That’s because most of these firms paid a ton of money in taxes, and/or were deducting losses or depreciation from previous years. Liberals don’t understand that because they don’t care to; they want to find someone who has something more than what they have, and demand something more from that person or thing.

Even more, our liberal friends fail to mention the big difference between a corporation paying no taxes and a welfare cheat, freeloading inefficient employee or useless political propaganda officer: corporations hire a ton of people, buy a ton of resources, and inject money back into the economy at its most vital areas.

If some corporations misbehave by creating tax shelters, or by outsourcing their jobs, we should change the law — but you don’t hear liberals clamoring for that, since they want the cheaper products that outsourced labor provides and they’re hoping to use similar tax shelters for themselves. They just want the payout.

At this point in history, our news diverges along liberal and conservative lines. They report the same facts, with radically different spin (context) and conclusions (interpretation). If you’re a liberal, your news sources are beating a tin drum for you to falsely call corporations freeloaders, while ignoring the vast mulch of actual freeloaders infesting your society.

The psychology of libertarianism | The Simulacra Male