Signs of the decline 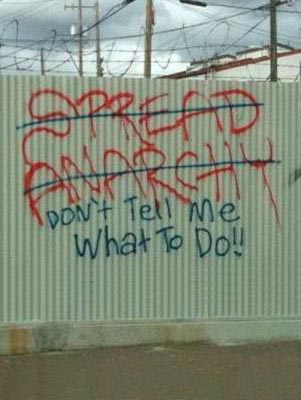 Is democracy a credible political force?

Making the above statement will get you curious looks. Then they explain, slowly as if to a child, swelling with pride at what they know: no, it’s the best system.

Yet their confidence is slipping.

In 1789, with the French Revolution, it was decided that we could have a leaderless society. In place of kings, we had administrators elected by the people, every vote the same. In place of caste, we had had financial competition. Instead of a nation, we could use political dogma to make a nation-state.

The first bullet in democracy’s heart was thus: the next two centuries were unmitigated warfare, political intrigue, murder and corruption.

Only now are we seeing the second bullet: it has become apparent that democracy isn’t a system of governing; it’s a system of pretending to govern, while allowing vicious moneyed interests to manipulate votes.

Can democracy govern itself enough to avoid insane problems?

Is America in denial about the extent of its financial problems, and therefore incapable of dealing with the gravest crisis the country has ever faced?

The debt and the delusion are both all-American: $14 trillion (Â£8.75tn) of debt has been amassed and there is no cogent plan to reduce it.

The current $14tn debt is bad enough, she argues, but the future commitments to the baby boomers, commitments for health care and for pensions, suggest that the debt burden is part of the fabric of society:

“You have promises implicit in the structure of welfare states and aging populations that mean there is an unacknowledged debt that will have to be paid for by future taxpayers, and that could double the published figures.” – BBC

When the fox guards the hen house, you’re in trouble.

With democracy, the hen house is full of foxes, and they vote to borrow hens from the future.

If you stand up in front of them and say, “Hey, I need to cut your benefits,” you get riots like in Greece.

But the benefits are the only non-essential things on the budget. Well, that and good-intentioned nanny state programs like equality education, and a massive federal bureaucracy that exists mostly to serve those and entitlement programs.

The foxes in the hen house will not vote for fewer free things. They’ll vote for more.

Someone else will figure out how to fix it.

The state of the oceans can best be likened to a case of multiple organ failure in urgent need of intervention, suggests the most comprehensive analysis yet of the world’s marine ecosystems.

Global warming, overfishing and plastic pollution are wreaking havoc at an unprecedented rate on marine life, reported scientists at a recent meeting of the International Program on the State of the Ocean (IPSO).

The impacts of climate change â€” acidifying oceans, coral bleaching and habitat loss â€” are the biggest cause of decline in ocean health, and the hardest to solve, some researchers told SolveClimate News in interviews.

Global warming will “swamp everything,” said Tony Pitcher, a professor of fisheries from the University of British Columbia who attended the meeting. “The effects are all around â€¦ If we don’t do something quickly, the oceans in 50 years won’t look like they do today.” – Reuters

But it gets even worse. Democracy means freedom.

Freedom means the ability to make moral choices. But who pays when you get it wrong?

The rest of society does.

Some litter, they can clean up; but after years of no accountability, people are throwing just about everything overboard, or into forests, or by the roads.

No one wants to be the person to sacrifice their own pleasure and power for the group, because they don’t trust the group to protect them.

They don’t trust it because the group is fundamentally united on selfishness, not shared values. In a democracy, the only shared value is that we all want no shared values except the value of no values.

Results of public goods contribution games in the laboratory seem robust (start at 50%, decline to 0% over time). I run this test every semester in my classrooms to explain the conflict between self-interest and the social good. Looking at the problem from a distance, students have a hard time understanding why people fail to contribute. But once they are in the shoes of the decision-maker, they under provide the public good themselves.

How we play this game is as follows: Let say there are 20 students in the classroom. I give each student 4 cards, 2 black and 2 red. The black cards are worthless. What counts will be the number of red cards.

Remember, though, that there is no exclusion from the consumption of the good. So an individual will be able to consume it even when she hasn’t contributed to it. Unfortunately this leads to the free-riding phenomenon: individuals want others to contribute, and they want to keep the red cards to themselves.

From an individual’s point of view, the other 19 people giving both red cards up will be worth 190 points. With 2 red cards at hand, the individual collects 210 points. But people catch up on free riding, and everyone starts keeping the red cards in their hands instead of contributing, and everyone ends up with 20 points. – Psychology Today

By convincing everyone to be selfish, except to vote on the ideas presented to them by the state and controlled by the vast majority who vote according to what they see on television, democracy ensures a compliant population.

By allowing absolute “freedom,” it encourages its citizens to inundate themselves in irrelevant information as everyone exercises this right at once, conveniently hiding any unpopular ideas behind a wall of chaos.

Its emphasis on individual rights guarantees social chaos, including littering, which requires a strong government to enforce rules limiting these problems.

The result is a system with only one rule — don’t go against the system — that successfully assimilates, co-opts and neutralizes all opposition.

Mao, Stalin, Hitler and Khan only dreamed of such a powerful system!

Brazil’s National Institute for Space Research (INPE) says that deforestation during the month of May amounted to 268 square miles, a rise of 144 percent over May 2010. 35 percent of the clearing occurred in Mato Grosso, the state where agricultural expansion is fast-occurring.

INPE’s announcement comes two weeks after Imazon, an NGO, said deforestation in May 2011 was 72 percent higher over May 2010. The discrepancy in the estimates result of different methodologies in analyzing satellite data. Both INPE and Imazon have near real-time deforestation monitoring capabilities.

Month-to-month deforestation estimates using this systems tends to be highly variable, but the trend over recent months seems to indicate a substantial increase in deforestation over last year, which was the lowest since annual record-keeping began in 1988. – ENN

The worst enemy of humanity is the individual without rules.

They do what is in their own interests and as the population grows in size, they exceed the amount of resources available.

Even more, by doing what is in their own interests, they remove the need for restrictions and challenges that keep the best rising. Everyone is equal; soon that means that no one is challenged.

The result is a society of starving, angry, destructive people who are bitter because they didn’t do anything “wrong” — all they did was what seemed to be right at the time, for their own interests:

Adding together the component partial utilities, the rational herdsman concludes that the only sensible course for him to pursue is to add another animal to his herd. And another; and another…. But this is the conclusion reached by each and every rational herdsman sharing a commons. Therein is the tragedy. Each man is locked into a system that compels him to increase his herd without limit–in a world that is limited. Ruin is the destination toward which all men rush, each pursuing his own best interest in a society that believes in the freedom of the commons. Freedom in a commons brings ruin to all. – Garrett Hardin, “The Tragedy of the Commons”

It is not popular to take this view.

We like to think that democracy sets us free, and that consumerism is just a weird by-product of democracy tolerating capitalism, when really they are one and the same.

They are the impulse of the Crowd that is composed of individuals, each who wants only one rule: no one can tell me what I cannot do.

The recent attack on the Intercontinental Hotel in Kabul has obscured a less spectacular, but equally important, news item: the imminent demise of any pretense of democracy in troubled, volatile Afghanistan.

â€œPeople can talk freely and declare their views about the government,â€ he said. â€œThis shows that the Afghan government is committed to the principles of democracy and freedom of expression. A Traditional Loya Jirga is meant to find out the peopleâ€™s will, and this is a democratic action.â€

But so far Karzai has eviscerated anyone who might stand against him. The Parliament has been rendered toothless by the Special Court, whose power it has been unsuccessful in opposing. – Global Post

We like to “make believe” that the problem is Afghanistan, not democracy.

But in our own countries, our leaders have passed on massive problems like deforestation, pollution, corruption, a debt we cannot repay, and a society slowly descending into Idiocracy.

If democracy is the common ingredient in both cases, it is the one we should blame.