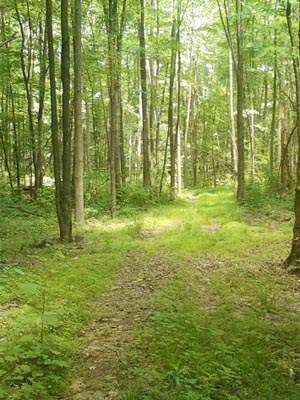 We should blog more about environmental issues on Amerika; however, the issues seem so obvious that I at least feel like I’m repeating myself even more than on articles about Crowdism.

The environmental problem is so simple that almost everyone has overlooked the correct solution.

Instead, they’re indulging in the usual slavishly religious-dogmatic thinking, which is to say they’re chasing comfortable illusions and puffing up their own peacock feathers with self-important “solutions” that solve nothing.

Let me make clear what will not save the environment:

Your average media watcher in the USA will be appalled by this list of things that will not save the environment. They have been told these are “solutions.”

What threatens the environment? Many things. However, when you distill them all down to their common origin, you find that human expansion in both population and space used is what pushes natural species aside, and shatters ecosystems.

Many conservationists have been united in animosity toward Tanzania’s plan to build the so-called Serengeti Highway. The road, after all, would divide Serengeti National Park, threatening one of the world’s last great large-mammal migrations.

“There will be demand for use of that road in the future,” said Blanton, co-director of the nonprofit Serengeti Watch, based in Ithaca, New York. “And once it does get truck traffic, the soil there won’t support it and [the road] will have to be paved.”

If that happens and the wildebeest migration is affected, it could prove disastrous for Tanzania’s economy. – National Geographic

How do we reverse that? We put humans in smaller areas, and ideally, have fewer humans around. It would also be great if we could only grow the kind of humans who instinctively do not litter, buy big cars, shop at Wal-mart a lot, and eat tons of cheap beef.

The earth is a living, self-renewing organism. It needs space for its organs, namely its ecosystems and the species of plants and animals that maintain them, to act.

Humans have dominated all of earth. There are no longer patches of ground where you can go and think humans have never been here; it’s rare to find patches of earth where there isn’t a coke can or cigarette butt nearby (people like to leave these things, I think; it guarantees them some immortality).

Even on the floors of our oceans, it’s rare to find long stretches where there isn’t some sunken ship, used condom, junked engine block, or plastic detritus.

This domination of earth means that we have divided up the natural ecosystems with roads, settlements, fences and litter.

At full function, these self-renewing ecosystems would purge themselves of our pollution and instead provide healthy air and clean water. That’s how it worked up until the 1970s or so, when human expansion got big enough that you could no longer expect streams to be clean, air to be pure, or fruit from the trees to be non-toxic.

A return to primitivism won’t help — even primitive people had huge consequences for the environment when they expanded beyond their initial settlements:

When the first European settlers arrived in Australia in the 17th century, they observed a strange farming practice among the natives. The aborigines routinely burned grasslands and vegetation in many parts of northern Australia during the cool months of the dry season between winter monsoons. These controlled burns were intended to help stimulate regrowth during the upcoming rainy period. But they may have also inadvertently caused the end of that summer dry spell to be much warmer and drier than normal, a new study suggests.

Previously, researchers have linked such burning to the extinctions of some species of Australian megafauna, including several species of kangaroos, wombats, and other marsupials, thousands of years ago. But whether these burns affected the region’s climate was unclear.

The team’s results, published this month in Geophysical Research Letters, reveal substantial changes in climate during the premonsoon months of November and December. Total precipitation during these months declined by more than 3 centimeters. This may sound small, but those premonsoon rains are vital for the region’s ecological recovery after the dry season.

“The dry season in this region is about 8 months long, so the first monsoon rains have quite an effect on biology,” says Robert Wasson, a geomorphologist at Charles Darwin University (CDU) in Darwin, Australia. “The onset of the monsoon is a critically important time.” – Science Magazine

We will soon be to the stage where we don’t trust the air, and demand it be filtered or bottled like our water.

The solution here is to return to the ratio of land use we had in the 1950s and 1960s: humans took up relatively little of earth, and the unused space was not cut up by roads, fences and military bases.

In fact, if we want a comprehensive environmental solution, it could have two parts:

This environmental solution does not involve us sacrificing our industry or technology. Instead, we just cut back on the stuff that has no impact on those things.

Most American cities are wastelands after dark. People ran away when crime came. Instead of taking a leadership-oriented approach and banishing crime, our society shrugged and moved to the suburbs.

A more intelligent approach involves removing those who commit crimes and letting the downtown areas get re-settled by people who are not criminals.

In addition, instead of encouraging mass immigration that imports uncontrolled numbers of people who have nothing in common with each other, we should focus on local cultures. England for the English. Let other places manage their own population.

Finally, we can stop — already — trying to save every idiot from himself or herself. We don’t need new warning labels. In fact, if we can leave some things difficult so our dumber citizens manage to set their sex organs on fire, so much the better.

At the same time, making goods more expensive would force the average citizen to find new ways of spending time other than shopping and driving around.

In 2006, California passed the nationâ€™s most comprehensive climate law, mandating a cut in carbon pollution to 1990 levels by 2020 â€” about 10% below todayâ€™s emissions. Although Congress balked at similar legislation in 2009, California has moved forward. Its plan to cap greenhouse gases at 600 industrial plants and allow companies to buy and sell emissions permits is modeled on Europeâ€™s 6-year-old cap-and-trade system.

The European system, which covers 12,000 companies in 30 nations, traded $123 billion in carbon allowances last year and is on target to slash emissions by 21% below 1990 levels over the next decade. But the market has been jolted by an estimated $6 billion in tax fraud schemes along with the recent cyber-theft of $50 million in carbon credits stored in the Czech Republic registry. – L.A. Times

Between these two forces, we could eliminate our environmental problem once and for all.

If you’ve found yourself asking, “What’s wrong with people?” the answer is probably that you are expecting them to be something they are not. I have an alternate proposition:

That apostate, blasphemous and possibly criminal statement (if it’s not elitist, it’s classist) tells us what we need to know. There are many people who by instinct refuse to litter, waste water, drive big cars, or shop compulsively; however, most people are not this way. Some are given to being wasteful because they are oblivious or sociopathic, but most are somewhere in the middle, a fair amount narcissistic and generally not aware of the world around them and the consequences of their actions.

Instead of trying to “educate” or, when that fails, coerce these people into doing The Right Thing, we should limit their access to the ability to do the wrong thing.

We should also make sure that for all of their activity, there is enough space for nature to keep itself healthy and thriving, so that even if humans don’t get their act together, another species gets a chance.

I fully expect these practical environmental notions to be totally disregarded. It is a clear, obvious, simple and thorny path to fixing our environmental problem; people instead prefer complex non-solutions as these don’t disrupt their lives.

Hereâ€™s another reason that the love of money is the root of all evil: a new study from Aalto University in Finland shows that spending is not just bad for your pocketbook, but for the environment too.

In a paper released earlier this year, researchers discovered a strong correlation between the consumption of goods and carbon footprint, noting that as income increases, so do greenhouse gas emissions.

For years, it has been widely accepted that living in a city â€“ with its public transportation systems and closely-spaced housing – is more environmentally-friendly than living in the countryside.

But when the scientists compared the greenhouse gas emissions of people in Finland living in concentrated metropolitan centres and those in less dense surrounding suburbs, they found that, contrary to popular belief, thereâ€™s little difference.

In fact, thereâ€™s nearly no correlation between where someone lives and their CO2 emissions, according to Jukka Heinonen, the lead author of the study.

What matters is how often they open their wallets. – Trust

Buying $4 fluorescent lightbulbs and searching for “green” adult diapers will not displace most people at all. If we forced ourselves to re-use land, houses in the suburbs might be more expensive and/or people would be forced to be brave and live in inner-city multicultural and multi-socioeconomic neighborhoods.

By the same token, a simpler solution would not waste our time and would disrupt less of the human activity that produces results of merit. It’s our choice for the future: self-destruction, or moving past this sad episode by using a little self-discipline and common sense.

Dominique Strauss-Kahn and leadership | Signs of the decline