Shifting The Window Of Expectation 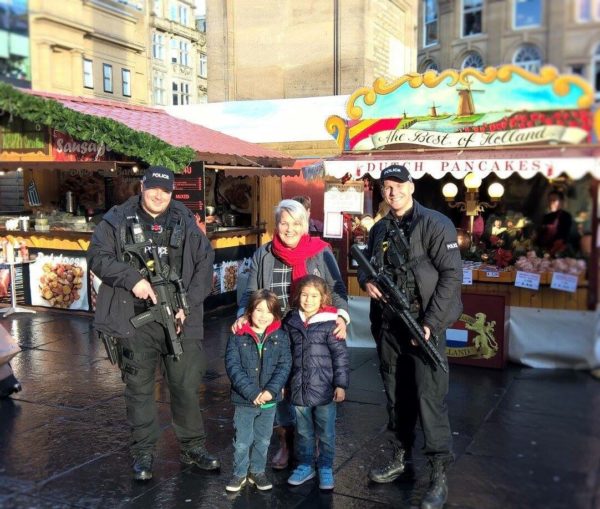 How do things get so bad without people noticing them? Empires fall under conditions that in retrospect, were obvious to everyone. Everyone, that is, except the people living in those cultures.

The basic answer is inertia. People like doing what they know has worked in the past, and so repeat it independent of its goal or purpose. This is the means-over-ends pathology that arises early in dying societies. But even more, they become oblivious because of the window of expectation.

The window of expectation defines what one reasonably anticipates they will encounter in their world. This includes all aspects of life, but for most centers around career/wealth and family/sex. We are still monkeys after all. We respond to things that are lowest on Mazlow’s pyramid while ignoring the ones higher up because they are intangible. Our window of expectation thus has a fatal blind spot.

Let us look at how the window of expectation changes over time.

Built around two mainstreams and a cluster of houses and businesses fading away to a spread of farms in the lush countryside, this town was founded sometime after the American Civil War but before the First World War. Of about 20k people, it is a pleasant place to live. Men go to jobs, most of them owning their own businesses, and women stay home. People do not have much but they are not in danger of going without either, and if they do, many of the people dump a tenth of their income into the church that then provides charity services.

Men like owning businesses. Paperwork, taxes and regulations are low. It is easy to hire and fire people because no one will get sued. In general, life is viewed as a good opportunity that it is up to the individual to make something of, and each person is responsible for his own happiness. The people are mostly of the same ethnic background, the girls are pretty and the men strong-willed but gentle, so it is a happy place to live even if it is in the middle of nowhere compared to New York.

Things started changing slowly. Government became more present in the lives of the citizens of Merryville, thanks to the changes of the past two decades. People started getting benefits when they retired, and became more dependent on them. As a result, younger generations could move away, and many did, but most stayed, because Merryville was a pleasant place to live.

The postwar unions came in and successfully struck at one of the big local employers, a plant that made machine parts. People got nervous, but things seemed to settle down. Then there were worries about Communists in Washington, but life was still good in Merryville, so this mostly passed without comment outside the two bars and pubs in town.

Merryville rode out the disaster of the 1960s by sticking to its ways. When hippies came to town, the sheriff ran them off, and the twenty kids who came back from college with long hair found it hard to get service in town. The groups separated, with the kids going to the city, and it seemed things were back to normal. But government appeared again. Now it was encouraged to hire women, and affirmative action meant that soon the factories would have limits on who they could not hire.

Families changed too. Women went to jobs, and kids went to daycare. Divorce had even touched this place, leading to families stretched between multiple houses where Mom and Dad no longer really talked. Crime began to creep up as the aimless products of social breakdown sought something to do that made them feel important. But on the whole, little had changed.

The new reality had become accepted. The machine parts plant had closed some time ago, just after the unions scored a huge victory in getting benefits and salaries increased. As it turned out, that raised the cost of workers there to four times what it cost to make the parts in China and ship them over. Now a factory in New York took the parts, assembled them, and sold them as Made in USA.

Blight had invaded the town. The single mothers, new immigrants, minorities and meth addicts had their own section of town at this point. They seemed to survive on government aid. Since most homes were empty during the day, theft rose, and people began installing alarm systems. Old-timers noticed that people talked less.

But this was the new normal. In this context, if you had a good job, a nice house and an alarm system, you were living the good life. Divorce, kids wandering off to the cities in a haze of drugs and media, and other little glitches were just par for the course. Most people would have said that life was really good, even though their grandparents barely recognized the town and hated going out in it.

Merryville was fully diverse at this point. This meant that the town no longer had “ways,” since those would offend someone. The annual Christmas decorations were replaced by Happy Holidays, the main street was now a hodgepodge of Islamic and Vietnamese grocery stores, and a new massage parlor appeared at the edge of town where it was rumored that shady things happened.

Those who had any money moved out of the homes their families had for generations, and went to the suburbs outside of the town proper. There, things were relatively stable, and so people congratulated themselves on having “made it” if they had a house there. This was the good life, as they saw it. The town was no longer relevant, and many of them worked jobs for companies from far away who had regional offices there.

Any sense of unity was long gone. The family was gone. Stability was gone. But for the person with even moderate ability, it was still possible to have a financially successful life, even if their children were dumped into an uncertain and unstable world. There was enough money, even with the taxes, regulations and lawsuits. And so the town kept sleeping.

Merryville made the news for the first time this year for having higher-than-average unemployment. A group of Somalis were settled there to provide more labor, but many people remained out of work, dependent on government aid. Meth gave way to opiates, and whole generations settled into trailers to space out and watch the years go by.

The downtown was mostly abandoned. A number of low-rent businesses moved in. The boutiques and small shops closed and their proprietors got jobs at the corporations to the north of town. The local police were now fully militarized and spent most of their time chasing down drug crimes and domestic violence.

To someone from the founding of Merryville, the town would resemble Babylon or the fall of Rome more than the place they had sweated and died to establish. But to someone born more recently, the changes had been too slow. People react to what is normal and what is not, not what is good and bad, and so they accepted the bad and worked around it as they could. This meant working longer hours, so families were even less stable.

Only a century and change past its founding, Merryville had gone from a near-paradise to the same decay that its founders had seen in the cities. The nation, too, had changed, from a place of hope for working together to a competition for places in the suburbs outside of town. While there was talk of “hope” in Washington, people here had none, except the hope to buy a nice home and retreat into it, watching the world decompose around them.