by Jonathan Peter Wilkinson on December 10, 2022 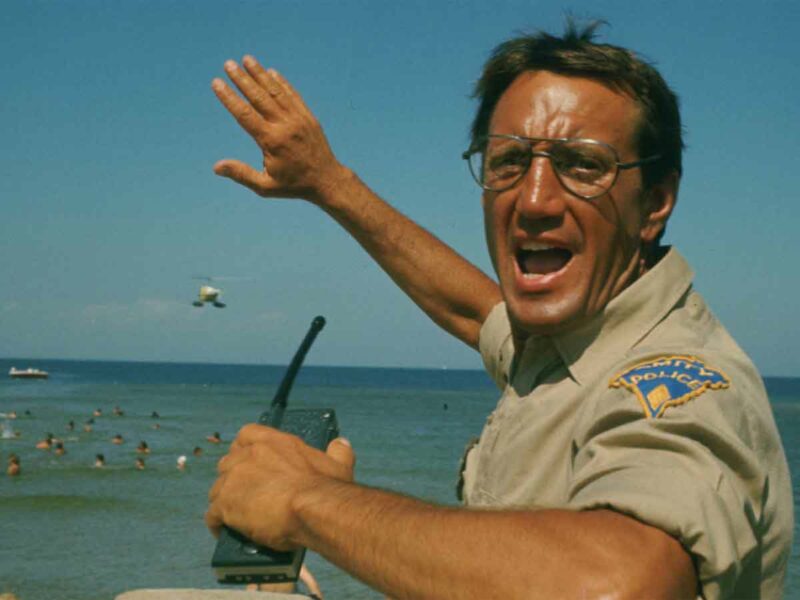 It was a Tweet from The Washington Post that needed to die in darkness. It was the Tweet where DIE (diversity, inclusion, equality) jumped the shark. Just when you thought it was safe for some zhir-tranny grosser than Baron Vladimir Harkonnen from Dune to go back in the water….

The irony becomes viscous like the night air on a humid Alabama night. Contra the authors of “A Content Analysis of 32 Years of Shark Week Documentaries,” Shark Week should lack diversity.

Shark Week’s depictions of research and of experts are biased towards a small set of (typically visual and expensive) research methodologies and (mostly white, mostly male) experts, including presentation of many white male non-scientists as scientific experts. While sharks are more often portrayed negatively than positively, limited conservation messaging does appear in 53% of episodes analyzed. Results suggest that as a whole, while Shark Week is likely contributing to the collective public perception of sharks as bad, even relatively small alterations to programming decisions could substantially improve the presentation of sharks and shark science and conservation issues.

Shark Week is an exaggeration of how nature works when it is left alone and allowed to function. Nature doesn’t feature diversity. It eats diversity instead. Diversity fundamentally violates The Darwinist Imperative. Nature allows us all to try diversity. It then displays a callous lack of wokeness by dispensing justice.

The diversity gets what it deserves. If that particular specimen of diversity sucks, then it gets filtered out of the gene pool. Sometimes this filtering process has a certain cinematic poignancy. Unless, of course, you get off on that sort thing. Then you fire up a spliff and watch Shark Week. It shreds.

Scientists can argue whether evolution involves survival of the strongest or survival of the fecund. Most of the organisms that survive long enough to make it onto The Discovery Channel strike a balance between the two extremes. Successful marriages involving children follow a similar pattern. The husband is totally into r-Theory until all six of the offspring require braces. The orthodontist bills then make them favor quality over quantity.

Any organism will reproduce until it hits an equilibrium with its surrounding habitat. Then the population enjoys stability. Nature does something similar with respect to diversity. Genetic traits will tend to vary around some metastable centroid. The centroid will represent a most commonly occurring value of some quantifiable genetic trait.

This centroid is only somewhat stochastic. It represents an optimal quality that enhances that organism’s probability of successful survival and/or reproduction. Nature then then allows for randomly distributed variations about that centroid. Those that assist the organism through life repeat more frequently. Those that reduce that organism’s suitability within a given habitat will tend to render that organism shark chum. Diversity, absent foolish altruism that doesn’t occur during Shark Week episodes, disappears from nature.

Sharks are not diverse. Anyone that has ever been near a shark while diving will remember it. Forever. They are wonderfully made and optimized. They swim like nothing else in the ocean. The diver that doesn’t feel awe and fear upon seeing a shark move, probably doesn’t feel normal human emotions. I saw one during a dive. I remain thankful that it was a small and young shark. They are submarine flesh-wrecking machines.

Most successful things in the world are not diverse. They figure out what works, and remorselessly relegate the things that don’t to a bit part on an episode of Shark Week. Successful things are not inclusive. Anything that doesn’t improve function gets jettisoned from the design. Successful things don’t practice equality. Nowhere outside of professional soccer do ties get rewarded and accepted. Even soccer tournaments eventually feature at least a penalty kick shootout to deliberately make things unfair and unequal. Otherwise, they’d never know who deserved a World Cup.

Diversity, inclusion, and equality all work about as well as Liberty, Equality and Fraternity ended up working for Danton and Marat. In the end, there will always be some Robespierre who ends up being just a wee bit more equal than his victims. This is why Shark Week appeals after one or two beers. Nature is the politics of who, whom. Shark Week, like Genghis Khan or Josef Stalin, skips the silly Legal Latin and just drives to that destination sans Inclusivity Week.

This explains why “researchers” in a dying, decadent West have no desire to be reminded of this during an episode of Shark Week. Nobody quite resents the majestic lethality of nature’s most primal killing machine quite like those who know darn well they couldn’t swim with the sharks. These “serious academics” don’t hate Shark Week for being cheesy. They hate Shark Week for giving us a simple, comprehensible shorthand version of a universal truth. Diversity is a sure ticket to that night train that only leads to The Big Adios.