Separating Rightists With Religion From “The Religious Right” 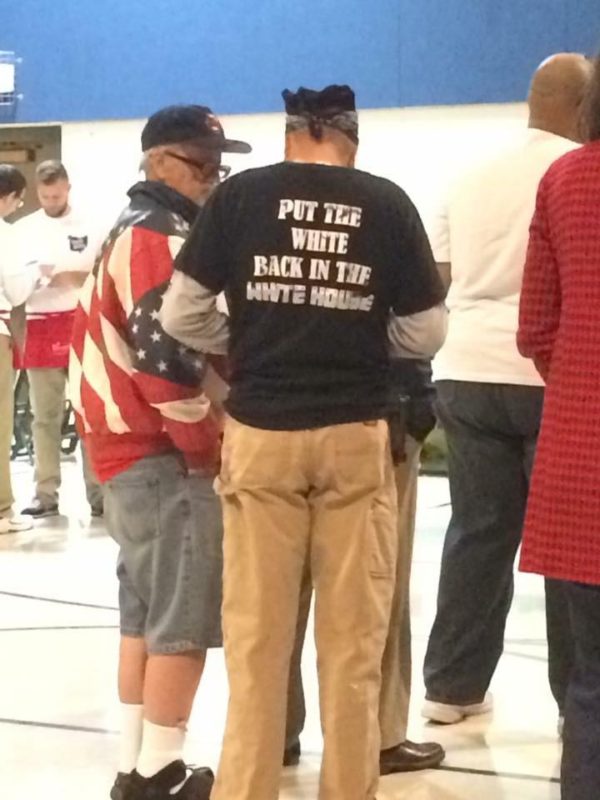 From The Wall Street Journal, a comment on the dangerous rise of the “Religious Right”:

Conservative Christians who had despaired of the countryâ€™s direction under President Barack Obamaâ€”and of developments such as the legalization of same-sex marriageâ€”now expect to wield influence in an administration that they helped bring to power.

They are pressing for a ban on late-term abortions; expanded accommodation for religion in the workplace, at hospitals and elsewhere; and, above all, the appointment of conservative judges.

…In the long term, many evangelicals are hoping that conservative judges will overturn rulings on social issues including gay marriage and Roe v. Wade, the landmark 1973 Supreme Court case that established a nationwide right to abortion access.

This post is not a rant against religion or religious conservatives, but it is a warning about “the religious Right,” who are a single-issue special interest group that has a tendency to hijack the greater Rightist agenda toward realism and replace it with a highly symbolic agenda. This is also not to say they are wrong on issues like abortion and gay marriage; in fact they are correct. However, they have put the details which will emerge from the bigger picture before achieving that bigger picture, and thus they are defeat monkeys who will (as they did in the 1980s) parasitize and deprecate the Right.

One of the great illusions of our time is that religion is impractical when the opposite is true. The practice of spirituality has intense real-world value and is necessary for making sense of the parts of our world that are not physical, including the condition of our own minds and the self-discipline required to rise about the default bog-normal Simian state of humanity. Religion, like history and literature, compiles human knowledge of what worked best and worst over the years, giving us directions instead of static rules.

For this reason, any realistic movement will discover a need for spirituality in time, and more importantly, will end the insanity of the society around it so that it can nurture a spiritual or religious movement without it getting obliterated by the chaos around it. This allows for a boostrapping process of civilization renewal: a feedback loop is established between power and culture, with the former protecting the latter so that it can grow and inform and expand the former.

Trying the opposite approach — hoping for a religious revival that somehow fixes everything else — ends in tears because religion is part of but not equal to the process of civilizational restoration. The religious fanatics will either retreat into their own bubbles, or campaign for power, and by pursuing symbolic goals rather than realistic ones, fail to achieve long-term popularity and thus quickly be dispensed with as they were in the 1990s. No one is sorry to see the PMRC or moralistic groups — including non-religious ones like MADD — pass on.

Right now, the last thing we need is a religious crusade; we need hard practical change for survival, including the removal of the triad of demographic genocide laws — affirmative action, anti-discrimination and civil rights — that ensure our people are last in line for jobs, housing, benefits and as a result are effectively being driven out of society. We need to protect ourselves so that in the future, with greater health, we can then create a healthy society, including but not limited to religion.

What we need then is a rise in “Rightists with religion,” or people who want realism plus transcendentalism including religion, instead of “the religious Right.” This seems counter-intuitive but it provides us with the basis for civilization renewal, and within that, the rebirth of religion that is as realistic as the civilization, without all of the symbolism and emotion that might make us put the cart before the horse.