Send The RINOs To Venezuela

by Jonathan Peter Wilkinson on January 8, 2021 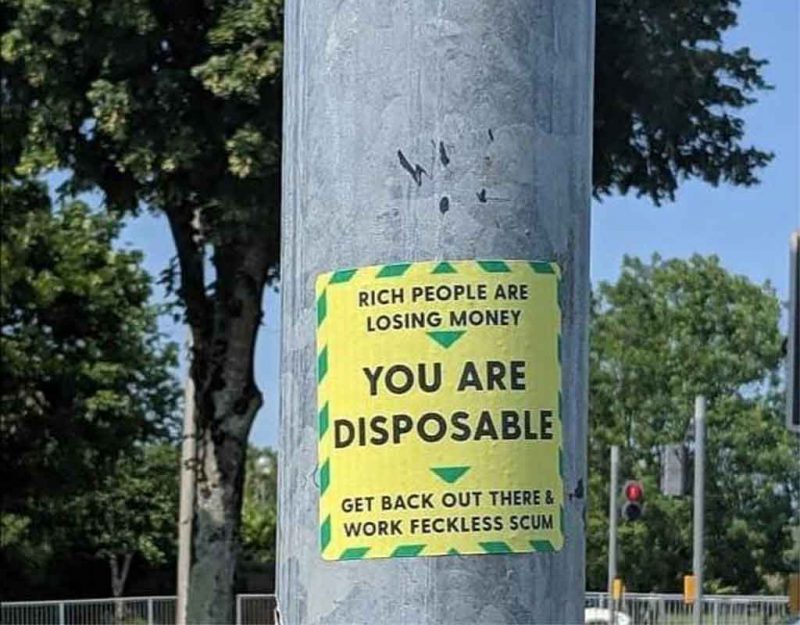 It is now time read His Holiness Erick Erickson out of anything that could be considered right of center. Let this pussy poser be what he now has become. He must be anathematized so that he can go join his troglodytic tribe over on the left. Let it be both a warning and an example to keep the children from repeating the sin of inductive reasoning unmoored from basic human decency.

It usually helps to start at the beginning, but having called for anathema, I had better bring the receipts along with the credit card bill. Here goes.

He forgot the whole part of the riff where we storm The Winter Palace, execute The Tsar, and then munch what’s left of Anastasia as if she were Nutella on toast. Life has come at him fast, his brain pulled up with a cramp, and under those conditions he committed an error that will condemn him to be taken with a grain of salt, a slice of lime, and perhaps an extra shot of tequila.

When evil people stop thinking, they channel their emotions and tell us who they really are. When dishonest people screw up and tell us the truth it frequently looks ugly. Believe your lying eyes. Evil is supposed to look ugly. It means that your brain is properly functional.

A blogger recently referred to Mr. Erickson as “known orc, Erick Erickson.” So I’ll briefly reiterate Erick wasn’t genetically an orc. He was warped. Perhaps, like Denethor of Minas Tirith; he gazed overlong upon the works of darkness and evil.

It started with a blow-up between Megan Kelly and Then-Candidate Donald Trump. I can partially understand his actions in founding #NeverTrump. Trump was an upstart being grilled by an established journalist. He was crass like Donald Trump is crass when he described how he believed Megan Kelly behaved. It offended Erickson’s sensibility, so he disinvited Donald Trump from a conference he was in charge of entitled The Redstate Gathering.

Had things stopped there, I don’t think Trump, Erickson, or anyone else in the world would particularly care. Then the process of induction cut in. Trump behaved poorly towards someone who at the time still had legitimate lady status. Bad people behave poorly towards ladies. Erickson concluded Mr. Trump was therefore a bad person. Incomplete, but plausible.

Also, it was somewhat unfair. We’ve all made mistakes. Profess Christianity with stress and strain with which Erickson so endeavors, and it helps to develop a habit known as forgiveness. I would argue in retrospect that Trump handled Megan Kelly’s obnoxiousness poorly. So again, if Erickson had stopped at disinviting Donald Trump from that year’s Redstate Gathering, the whole think would have blown over.

Forgiveness works that way. It brings you to closure. It may not totally make right, but it will make over. Induction doesn’t work that way. It generates a logical momentum that has to go forward until it gets stopped at some absorbing state that then serves as its logical conclusion.

Let’s say Erickson has bought that Trump is a bad person. He then extends by reasoning that bad people lead poorly. Donald Trump hence cannot lead. He then lays down the tile proposing that bad leaders won’t lead a party to victory. (Never pay mind to those Presidential Elections from 1988 to 2012. Brilliant minds are at work here).

Once you’ve decided a candidate won’t lead your chosen party to a win, that candidate becomes like that NFL QB that just isn’t going to get you The Lombardi Trophy. Before you overinvest, it becomes time to cut that individual from the payroll before it wrecks your entire salary cap. Cutting Donald Trump from the payroll brought Mr. Erickson to his #NeverTrump moment.

Even here, Erickson had his exit from the Road to Orcdom. Just announce to the world that he would not be voting for Donald Trump under any circumstance, endorse his preferred candidate in the GOP Primary and then, once Donald Trump was nominated; go radio silent on the POTUS thing until 2017. His ego and his chosen logical construct couldn’t permit such a sane and rational course of #NeverTrump conduct.

He continued the induction. A party with a bad leader is inherently bad. Saint Erick then has to save The GOP from The Donald. This led Erickson to join a larger band of orcs in dedicating an entire issue of National Review Magazine to the defeat of Donald Trump by Hillary Clinton in the 2016 Presidential Election. He had reached the point where he had to napalm the village to save it. A GOP that nominated the guy he didn’t like had to die and be resurrected in his divine image.

Even this far down the garbage shoot, Erick Erickson could arguably not deserve interment in the local landfill. Do what fellow #Nevertrumper Jennifer Rubin finally did. Just say the truth. Rubin no longer calls herself a Conservative. I respect her more, not less; for the reification of her personal identity. Erickson? He still couldn’t get why he wasn’t mayor of the village he had attempted to firebomb.

So if the people are too dumb to make you mayor, you have to abolish that inferior electorate. Shoot the protestors. They vocally disagreed. And while you are at it, waive the rules. Never mind that the villagers pay the taxes and produce the activity that make village life possible. Never mind the hierarchy the rules defend and delineate. Never mind that that hierarchy makes it possible for anyone to even be mayor.

When you’ve reached that logical dead-end, you’ve just achieved a new and better hashtag. #NeverDecent. Erick Erickson has finally gotten there. This is why, with genuine regret; I put forward the proposal that an effective and capable right must anathematize him and all of his kind.