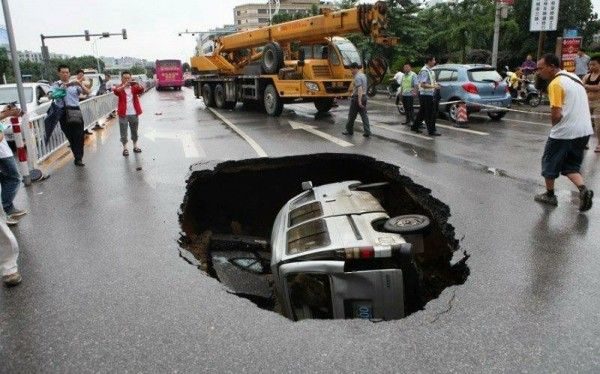 Human brains are notoriously complex and so we attempt to diagnose them with complex methods, but recently a much simpler analysis revealed more of the workings of the mind than the complex approach. This in turn revealed the presence of self-deception or more accurately “self-trickery” as the basis of human mental operations.

According to author Michael Lewis, we are biologically wired to trick ourselves:

But we are also endlessly irrational, delusional, overconfident and often just plain wrong. They unearthed any number of different ways in which our minds trick us into believing things that simply arenâ€™t true.

For example, if we enjoy the last day of a holiday, then we tend significantly to overrate how fun the entire experience was. They labelled this the â€œpeak end ruleâ€. Similarly, if we are given a list of female names and a longer list of male names, we will think the female list is longer if there are famous and recognisable names on it. They called this â€œavailability biasâ€.

Kahneman and Tversky showed again and again that our decisions, memory and understanding of the world are often wildly distorted by self-deception. We seek to turn huge and unpredictable events into manageable stories, cutting endless corners in the process. â€œThe world is so much more uncertain than our minds can tolerate,â€ says Lewis. â€œIt drives you crazy if you really think about it. So we have these mechanisms that make it seem more knowable than it really is.â€

Reading this together with Dilbert creator Scott Adams reveals an unsettling picture. Adams predicted that Trump would win the 2016 Presidential election not based on statistical predictions, but simply based on persuasion.

â€œIf you see voters as rational youâ€™ll be a terrible politician,â€ Adams writes on his blog. â€œPeople are not wired to be rational. Our brains simply evolved to keep us alive. Brains did not evolve to give us truth. Brains merely give us movies in our minds that keeps us sane and motivated. But none of it is rational or true, except maybe sometimes by coincidence.â€

…(Among the persuasive techniques that Trump uses to help bend reality, Adams says, are repetition of phrases; â€œthinking past the saleâ€ so the initial part of his premise is stated as a given; and knowing the appeal of the simplest answer, which relates to the concept of Occamâ€™s razor.)

…Writes Adams: â€œIdentity is always the strongest level of persuasion. The only way to beat it is with dirty tricks or a stronger identity play. â€¦ [And] Trump is well on his way to owning the identities of American, Alpha Males, and Women Who Like Alpha Males. Clinton is well on her way to owning the identities of angry women, beta males, immigrants, and disenfranchised minorities.”

The academic angle on these revelations is based on research and writings of two Israeli psychologists Danny Kahneman and Amos Tversky. These two psychologists overturned the economic idea (in the 70s) of the rational consumer or voter who thinks rationally — in The Enlightenment™ style — when making decisions.Â  They find that civilizations have made some excellent rational decisions, but that it does not deter from the fact that humans and consequently their organizations are fundamentally irrational.

This irrationality in turn makes humans natural bluffers, with organizations commonly based in illusion that they utilize to demand power and wealth. The need to justify this bluff makes humans over confident, prone to rationalization or ex post facto justification, and thus simply wrong for the most part. Jim Collins supports this with his research by noting that only eleven of 20000 companies were found to be â€œgreat,â€ with most merely going through the motions based on their bluffs and sacred illusions.

Danny Kahneman — presumably influenced by Plato’s metaphor of the cave and Kant’s notion of the perceptual filter — wrote:

We are blind for our own blindness and we have very little understanding of how little we know.

Several interesting points arise from Lewis analyzing Kahneman and Tversky, specifically regarding how humans asses risk. For example, we rarely prepare for disaster because we irrationally do not anticipate it, and instead wait for disaster to happen before doing something about it (politically: Hurricane Katrina, bursting dams and immigration).

Even with day-to-day risks, we ignore the actual chances of events in preference for addressing our own emotional reactions to events, even exceptionally rare ones. Lewis makes the point that insurance statistics are a waste of time, but, because we cannot handle the emotional pain associated with remorse, or having regret after a crisis, we will pay whatever premium they ask. Insurance plays into our fear of feeling bad after an event, and not practical concerns with the event itself.

The anticipated emotional pain caused by remorse is able to distract us from real life around us. Because of this, it is possible that we normally make illogical decisions and later rationalize them — or backwards justify them — as being logical. This creates industries like insurance which serve emotional rather than realistic needs.

Our irrationality makes it hard to believe in human civilization itself if we assume that rationality is necessary and good. Organizations are made of people, and in utilitarian times, the preferences of the individuals determine the needs of the group, which leads us to wonder how we can trust a large-scale organization like civilization based on preferences which will eventually be revealed as illusion.

Lewisâ€™ last comment in the article — presumably influenced by the Christian notion of original sin — on the issue of how little the â€œexpertsâ€ know was:

Failure is part of being human. We should not be afraid of it, because it is what we are.

Lately there have been too many blatant and obvious failures of human reason exhibited by organizations like government, media and academia. This means that we require re-assessment of human decision-making, since because our irrationality is fact, this must be taken as a parameter of the human input into organizations, and limited or channeled so that individual illogicality does not cause organizations to become viral self-perpetuators of the illusions upon which they depend, making the broader society delusional.

Organizational pathology in fact amplifies individual illogicality, creating results that are far worse. Obamaâ€™s remorse led him to act against the interests of his host country, although his ideology of Leftism — itself a rationalization of civilization decay — pointed him in that direction in the first place.

Scott Adams identified fear as the single worst factor in persuasion. The psychologists above identified â€œthe anticipated pain of remorseâ€ as the biggest factor towards being fake or delusional. This applies to the media, which specialize in selling us justifications for our behavior so that we may avoid remorse and the perception that we will lose social status because we did not anticipate the actual threats. For this reason, ideology specializes in creating scapegoats that allow us to distract ourselves from the real risks, and by focusing on the pretend risk, imagining that we are acting on a “higher” level than those who respond to actual risks.

As President Trump said: â€œ(fake) Mainstream Media is the enemy of the American people.â€ Media, like insurance, operates by selling products to allay remorse instead of dealing with actual problems. This means that media has a financial incentive to never address the actual issues, just like insurance has an incentive to never reveal how rare problems actually are, and instead of selling comprehensive risk policies, to sell many little policies addressing specific fears instead of potential realities.

Clinton, McCain and the media use a different persuasion strategy called the â€œpolitics of fear.â€ This, too, exploits remorse by inventing new non-threats and selling them as risks, so that people want a strong powerful government to intervene between them and the threat. Like insurance, instead of coming up with a comprehensive policy — strength of the nation — these lesser persuaders produce a cornucopia of terrors to keep the population nervous and desiring strong assurances, such as benefits, subsidies and more laws.

Now that this strategy has failed, the resulting remorse for Leftists has become extremely painful. This produces the source of their recent aggression, which focuses on false risks as a means of disguising unarticulated (because humans are illogical) fear of the actual problem, which is a civilization in decline. While this seems extreme, it is merely a method of avoiding the greater remorse of admitting to having wasted time, energy and money on non-issues, and this propels the Left forward to further resistance to recognition of actual problems.

In turn, that mechanism reveals the failings of The Enlightenment.™ When we proclaim universal human rationality as the basis of our civilization, we are projecting the notion that we are in fact rational, which obscures the irrationality and allows it to lead the discourse from behind. That in turn gives power to those who preach fear, instead of those who persuade by identifying real issues, and causes the spiral of delusion that pushes social assumptions into direct contradiction of the actual problems, precipitating the collapse of the civilization.

What Comes After Donald Trump | Outliers (#46)