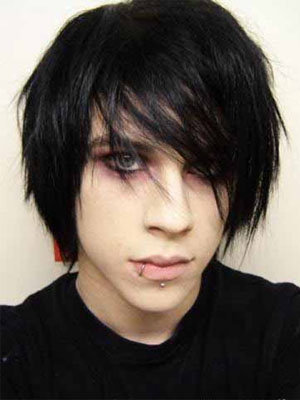 Self-pity is a hell of a drug.

It simultaneously convinces you that (a) it’s not your fault and (b) you can do nothing about it, so you might as well (c) get whatever reward you can, instead of trying to fix the situation.

It’s the ultimate affirmation of helplessness. It is like telling yourself that life sucks, and it cannot be better, thus the only “logical” course of action is increasing selfishness.

Unfortunately, the MRM often verges into pure self-pity. The MRAs who respect themselves are the ones talking about making marriage functional again, making men and women understand each other, and setting up a relationship of complementary roles.

Those are the sane ones, and they’re a minority. The rest are outraged at them. The majority of MRAs want to continue drugging themselves on the sweet opium of self-pity, and to stop struggling. They want to be told that an apartment, a do-nothing job and a lot of Z-grade vagina on the weekends is the best they can do in life.

The average men’s rights article can be summarized this way: women and men are not exactly equal, thus men always lose, thus go Fight Club and never get married and never do anything but be selfish about your own desires.

Interestingly, the average feminist article can be summarized this way: women and men are not exactly equal, thus women always lose, thus go Sex and the City and never get married and never do anything but be selfish about your own desires.

It’s not a stretch of the imagination to see that they’re the same thing.

What MRAs and feminists have in common is self-pity. They see society is broken, as we all know it is; instead of hastening the collapse or preparing for the aftermath, they’re making excuses for sitting on the sofa, picking their bellybuttons and lamenting how life has done them wrong.

I cannot think of a single less masculine activity.

Great heroes in history always welcomed adversity. When outnumbered ten to one, they said, “Is that the best you can do, punk?” and charged on ahead anyway. They knew dying with self-integrity was better than living with self-pity.

If you look at the people succeeding at life around you, you will see that they too have welcomed adversity. If it’s worth doing, it will be non-trivial; they know this and so they embrace the adversity that life casts their way.

Whatever happens in the future, this is for certain: most people will be oblivious and unprepared but able to react. A few will have spotted the trend and prepared, and will triumph.

And then, down the street and in a basement, there will be the suicide watch of MRAs, re-assuring each other that it could never have turned out any way but bad, so have another (warm) beer and some very “masculine” tears.