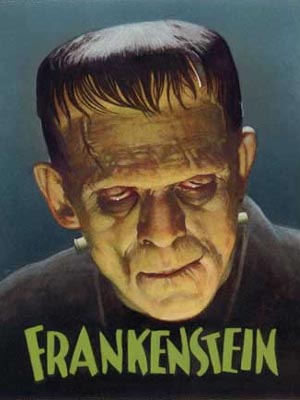 Any sane religion will exist in parallel to science, meaning that the abstract descriptions in that religion will match what science discovers.

The problem occurs when religions decide to deny physical reality, or when science decides to politicize itself and create its own competing philosophy to religion.

Science after all by its own founding mandate consists of revelations of consistent details of the physical world. It does not speak to anything else, including morality or philosophy. It is a tool for discovering our world.

Yet in the power vacuum left behind by culture, every person is scrabbling to be on top — not just for the power, and the existential purpose that provides, but for social power and the money it bestows.

After all, if governments become corrupt, corporations go bad, and even ordinary people make bad decisions, why would “science” (which is composed of human beings just like the others) be immune? Time has shown us how any form of authority becomes desirable for those who would abuse it.

Many want science to be like a religion and to have all the answers, because that way they feel like they are important and knowledgeable while all others are ignorant. You will recognize this behavior from the schoolyard: “No, my Dad/football team/friends are the best ever! You are nothing!”

In fact, it is usually those who are most incapable of independent analysis who want some absolute, universal, God-like truth authority to appeal to. Science is the modern choice, especially among those who cannot think beyond the immediate and material. It re-inforces the views they already have.

Further, as a deconstructive force, science is handy for those who want to argue against anything but the immediate and material. Those beliefs that sustained your ancestors for 5,000 years? They’re ignorant, because some guy (whose parents grew up in a trailer or asylum) read an article that says so.

Yet then we come face to face with the fallibility of science because scientists are human beings, and for money or social prestige they’ll cherry-pick data, broadly interpret results, extrapolate to levels best reserved for religion and philosophy, and in short do anything to create the headlines and perceptions that the “educated” proles find desirable:

Dr. Ioannidis is an epidemiologist who studies research methods at the University of Ioannina School of Medicine in Greece and Tufts University in Medford, Mass. In a series of influential analytical reports, he has documented how, in thousands of peer-reviewed research papers published every year, there may be so much less than meets the eye.

These flawed findings, for the most part, stem not from fraud or formal misconduct, but from more mundane misbehavior: miscalculation, poor study design or self-serving data analysis. “There is an increasing concern that in modern research, false findings may be the majority or even the vast majority of published research claims,” Dr. Ioannidis said. “A new claim about a research finding is more likely to be false than true.”

Statistically speaking, science suffers from an excess of significance. Overeager researchers often tinker too much with the statistical variables of their analysis to coax any meaningful insight from their data sets. “People are messing around with the data to find anything that seems significant, to show they have found something that is new and unusual,” Dr. Ioannidis said. – WSJ referencing “Why Current Publication Practices May Distort Science” and “Why Most Published Research Findings Are False” (others: The Economist and New Scientist).

This is the oldest form of superstition in the book: out of your results, pick the ones that re-inforce your existing beliefs.

In the vernacular, we call this “cherry-picking,” after the practice of looking over the cherries on a tree and only picking the ones you want to eat. Leave the rotten behind. It’s our foraging instinct, worn into us by millennia of survival.

We tend to avoid cherry-picking if we want accurate results because in life, results tend to vary relatively widely on individual attempts, but when we take the whole together (a statistical view) we can see a norm that expresses the normal function of the event.

It helps to think about this in terms of the “normal distribution”:

Over time, the same event spreads out from one extreme to another. The extremes, both good and bad, are a minority of the results, and the majority are those in the middle. None fit into discrete categories so much as “clinal” or graduated ones. To figure out the real value of an event, it must be tested many times.

Supposing you did one of those tests, and threw out everything but the middle — handy for jumping to a conclusion, especially if it supports the product your donors are selling:

The makers of antidepressants like Prozac and Paxil never published the results of about a third of the drug trials that they conducted to win government approval, misleading doctors and consumers about the drugsâ€™ true effectiveness, a new analysis has found.

In published trials, about 60 percent of people taking the drugs report significant relief from depression, compared with roughly 40 percent of those on placebo pills. But when the less positive, unpublished trials are included, the advantage shrinks: the drugs outperform placebos, but by a modest margin, concludes the new report, which appears Thursday in The New England Journal of Medicine.

Previous research had found a similar bias toward reporting positive results for a variety of medications; and many researchers have questioned the reported effectiveness of antidepressants. But the new analysis, reviewing data from 74 trials involving 12 drugs, is the most thorough to date. And it documents a large difference: while 94 percent of the positive studies found their way into print, just 14 percent of those with disappointing or uncertain results did. – NYT via an excellent discussion at Slashdot: Why Most Published Research Findings Are False.

We forget at our own risk that science is not a religion or a philosophy, and in fact by its very nature is incompetent for being one of either. Science studies the details, and builds up linear connections between discrete events; philosophy studies the patterns of life and their tendencies, and religion tries to find a transcendental (connection between timeless mental concept of “meaning” and tendencies of the cosmos) explanation for those philosophies.

You can ask science whether mixing several chemicals will produce a salt, or the boiling point of lead, but it’s a mistake to ask it for more than that. It cannot tell you how to live your life, or what values to keep. When we try to use science for such things, we end up with superstition based on the error of thinking that says a correlation between events in an abstract, idealized circumstance somehow translates into reality. It does not. 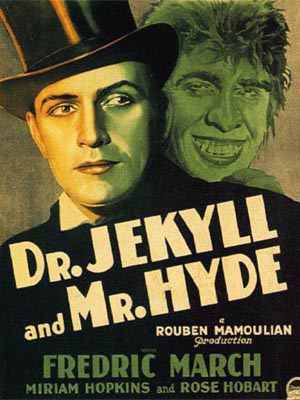 Unfortunately, in our time we’ve relegated philosophy to memorization of argumentative positions that then translate into our modern ideals, and we’ve corrupted religion with money, politics and mass media. Or maybe religion corrupted itself. Or more likely there is one form of corruption, dishonesty, and it infested religion at about the same time it began infesting politics, but before it infested science.

It’s time to update our mental maps and realize that “science” does not give definitive answers. It gives linear results in a theoretical work-in-progress. Some theories, like evolution or gravity, remain very stable for a long time and then suddenly expand with our knowledge. This does not make them wrong, but like all things science, it makes them contextless, and so we should be careful with our interpretation.

As said above, in a healthy time science and religion describe the same things and are in accord, also with philosophy. In our time however we have made the individual, through equality which translates into every viewpoint being “valid,” irresponsible to truth and clarity, and as a result corruption has set in.

Even to science, which sounds so abstract we’d guess it would be above such things, if it weren’t an activity of humans who still need to feed their families and send their kids to college.