School’s Out (But Unfortunately, It Will Not Stay That Way) 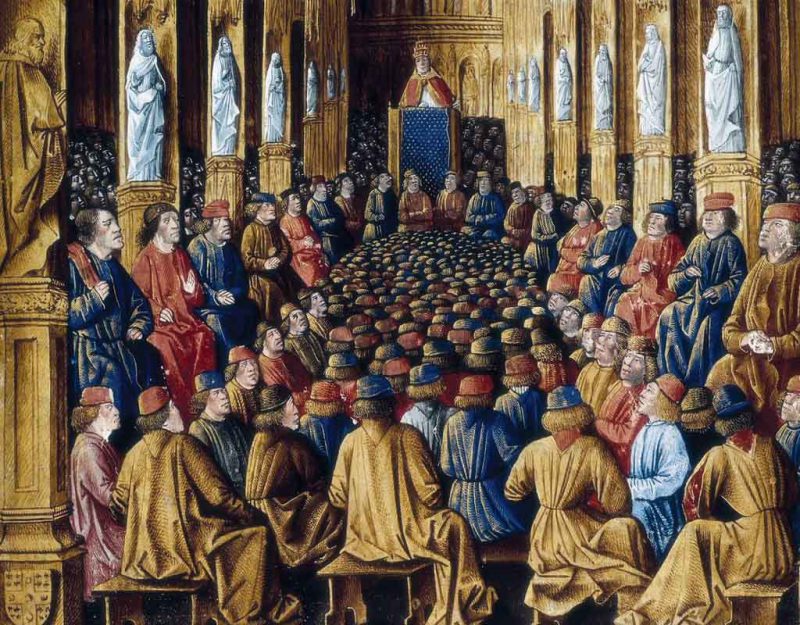 Armies throughout history have suffered a fairly common problem. Not all the guys who signed on or got rounded up to join Harold of Wessex in chasing Harold Haldratta out of Northumbria were wrestling with deep philosophical questions in their spare time down on the serf plantation. If they could read or write, they were different and perhaps viewed as dangerous. When you draft the dregs, you pretty much get the conscripts that you deserve.

The US Army uses informal humor, imparted from NCOs to the Junior Enlisted; as a mode of communication to impart higher concepts to people with lower education. It’s short, sweetened with a chuckle, and right to the point. War is all or nothing. You leave nothing in the tank to commute to the battlefield tomorrow. If they have to dispose of your earthly remains with a bag and a spatula, then you are not driving in to work tomorrow. You therefore do what it takes to survive. No matter what. Get the joke now? Sure.

Public Education in the USSA didn’t used to be that way. People who lived in places that cared about education actually got one. Three things happened. The public got made to fork over whatever was needed to put together a solid platform for teaching and learning. It was a limited application of socialism that actually gave a rat’s rear end about the society that it infested.

The people hired to impart life’s lesson to the children actually could identify their rectal orifices from any particular hole in the ground. The ones not up to the job quietly found other employment after a year or so of failure. The people in charge of the buildings were not political whack-jobs, sexual perverts, or middle-aged drunks.

Finally, the community at-large was involved. They were sometimes involved in ways that involved pitchforks, torches, and other implements that the professional educators would prefer they not bring to the PTA meetings, but nobody could accuse these people of apathy. As a result, any family that cared about what happened to their offspring at least got a literate and numerate sociopath back after twelve years of compulsory public education.

As for other places that didn’t feel similarly inclined, they got back out of their parenting and educating exactly what they put into it. If Junior was athletically talented, then their ROI was a quarterback. Otherwise, they at least got babysitting so that both parents got to go to work everyday before they fed their kids McDonalds. They weren’t concerned enough about whether their kids would win for them to be prepared to effectively compete, and the rest of us just shrugged and accepted that these communities had paid their nickle and made their choice.

Then Amerika experienced the regrettable two-term presidencies of George W. Bush and Barack Obama. The Federal Government decided it had to care. Whether it was the phony, rancid “Compassionate Conservatism” of Bush II, or the straight-up Fvck-U Stalinism of Chicago Thug, Barack Obama, government had just effectively raised the stakes on public educators.

There were some who sincerely tried. Atlanta got amazing test scores for a while. Schools in The People’s District of Columbia had remarkable attendance and graduation rates. Then the stinky truth oozed through the cracks like liquid sewage seeping out of a leaky burn-barrel.

You can’t achieve goals with people harboring no desire to get there themselves. A good coach can’t make unrestricted losers into winners beyond their point of genetic and social potential. Not even Jaime Escalante can teach Calculus to those who don’t give two craps about Calculus. There is no way to draft genius. You can draft literacy – perhaps at knifepoint. Or, like Detroit, Whitmerland, you could fail to even get that.

Like a lot of other things, schools have been shut down by Wuhan Wipeout. It’s for the children who tend not to catch or die from it. A Libertarian in Great Britain suggests the obvious, common-sense solution to subsidized failure. Stop paying for suck, he more politely recommends below.

A general State education is a mere contrivance for moulding people to be exactly like one another: and as the mould in which it casts them is that which pleases the predominant power in the government, whether this be a monarch, a priesthood, an aristocracy, or the majority of the existing generation; in proportion as it is efficient and successful, it establishes a despotism over the mind, leading by natural tendency to one over the body.

This #WuhanWipeout thing is going to have to end. Maybe Labor Day, maybe 5 November 2020; but probably sooner. Amerika is in no respect anti-fragile. When nobody pointlessly spends money, hordes of useless people no longer get paid. Somehow Amerikan Society suffered such a traumatic cranial-rectal inversion that we came to see this as a bad thing. When it comes to economic GDP, if you ain’t cheatin’, you ain’t a-tryin’.

If such is your deep, innermost “truth”, then the schools must reopen. Mommy and Daddy have to get back to work immediately. They can’t both go without the excremental baby-sitter. Imagine what Amerika would devolve into if Mommy and Daddy couldn’t banish the offspring they both secretly despise for forty hours a week to some center of incarceration.