How WW2 And The Cold War Drove Us To Diversity 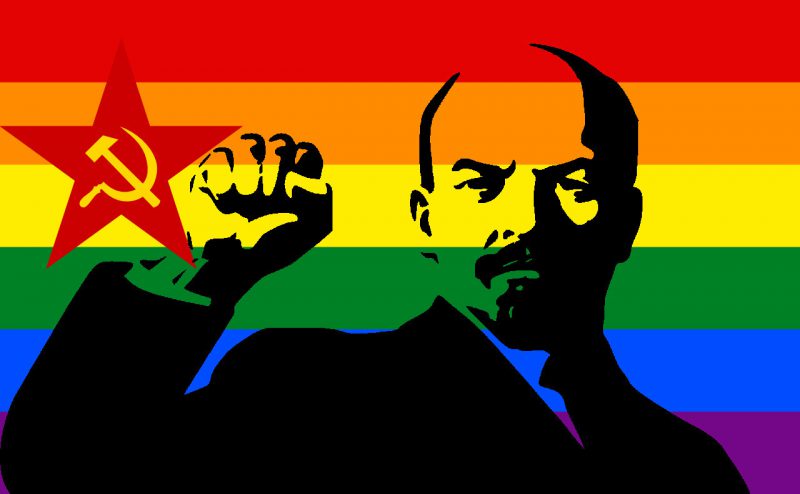 The American people sort of woke up in the middle of the ongoing push to be diverse and tolerant to find out that their nation had been fundamentally altered. As is typical of voters, they handle abstract concepts badly and only realize what they mean when they see tangible, visual examples.

Nothing about this should surprise anyone, least of all politicians; that famous Bell Curve points to those over 120 IQ points as being around ten percent of the population, and this is the only group that can really grasp abstractions.

Most of that group work in professions where “optics” are more important than reality, like law and academia, and so self-delude themselves in their social bubble where certain ideas are adopted by emulation because that is what nice and therefore successful middle-class people do.

This sheep train agreed after WW2 that Hitler was a tyrant, and in the 1970s and 1980s with the appearance of dramas like Roots and Holocaust, became aware that our rhetoric did not match reality. If we accepted all races, why were the Blacks in the kitchen and not out front?

That realization promoted a great and neurotic soul-searching, because unimportant modern cogs love nothing more than drama and pretense to make them seem important when they are not, and this caused fear and trembling as we realized that our system was paradoxical.

At its roots, however, the push for diversity began long before that, and accelerated after WW2 because of Hitlerphobia and the push to integrate the military:

President Harry S. Truman issued an executive order in July 1948 that stipulated equal treatment and opportunity for all within the armed services without regard to race. The order allowed the military time to make the change without damaging efficiency or morale. The Army took full advantage of this provision. Some officers opposed the order on the grounds that experience in two world wars had shown that blacks could not master modern combined arms combat. Others contended that most African Americans, because segregation in American society had left them poorly educated, would be a major impediment to the readiness of integrated units. President Truman grew increasingly irritated with the delays, and in April 1950 he finally officially ordered Army leaders to end the quota on blacks in the active force.

The Korean War was the catalyst for ending racial segregation in the Army. Although black artillery, armor, and service units served there with distinction during the war’s first year, the only remaining black infantry regiment did not.

The inability of the Army early in the war to provide sufficient replacements for casualties in Korea led commanders there to begin an unofficial practice of assigning black soldiers to white units. This practice did not, as had been feared before the war, lower the effectiveness of units. The success of this wartime expedient, together with the failure of the 24th Infantry and continuing political pressure from the U.S. African American community led the Army to begin integrating its units in mid-1951. As part of its integration policy the service adopted a new quota system that limited the percentage of African Americans in any one unit. The policy was justified on the grounds that, because proportionally many more blacks than whites scored low on assessment tests, to exceed this limit would place too many lower quality men in a unit, compromising its readiness. The integration process, completed by late 1954, occurred without major incidents.

As we fought the Communists, we became more like them, as their propaganda frequently pointed out that unequal treatment of African-Americans in the USA pointed to a society which was not Leftist enough. However, increasing casualties forced the integration of forces who otherwise fought alongside whites.

While the Cold War went on, heedful of propaganda from the Left and Communists alike, the American military increased integration in order to promote the “assimilationist” model based on the WW2 propaganda about how we were free and accepting while Hitler was intolerant and oppressive:

In the Cold War era, due to increasing disapproval of racism in America, ethnicity became a dominant basis for identifying difference, replacing race and class as an explanation for dysfunctionality. European immigrants, the thinking went, were assimilated. African Americans had not yet been assimilated. The new Cold War immigrants such as Cubans and Asians, however, tended to be more difficult to assimilate. To combat the assimilationist model an ideal of America as a pluralist and multi-ethnic society came to the fore, reinforcing political views that emphasized identity and self-affirmation. Ethnic groups became political action groups, exemplified by African Americans, Hispanics and Asian-Americans. Culture wars erupted, pitting these groups against proponents of a “common culture.”

Multiculturalism reacts against both positions. While not disavowing ethnicity, it seeks to separate politics from ethnic group formation; and it opposes the political oppression of minorities fostered by a common culture. Multiculturalism calls on people to transcend differences and to glory in diversity.

Cold War policy-makers and multiculturalists both played a part in promoting multiculturalism. For example, because of Castro’s ties to the Soviet Union, 1.5 million Cubans fled to the United States after 1959. These Cuban-Americans gained an influence on American foreign policy, especially in regard to Latin America. They simultaneously became deeply involved in arguments about diversity and multiculturalism, as the Spanish language and Cuban culture came to predominate in parts of southern Florida. Similarly, Vietnamese, Chinese, Laotians, Hmong, and others who sought refuge from Communist regimes have fought to maintain their language and culture, aided both by multiculturalists and by the legacy of the Cold War.

All of this was made possible by a Constitutional amendment from a century before which mandated equal treatment by government in all affairs public and private:

The text in bold indicates the part of this which gave government unlimited license to interfere: if any person was discriminated (“equal protection of the laws”) against, government was seen as allowing that (“within its jurisdiction”). This meant that, in response to the Civil War crisis, America had opted for a policy of forced integration.

At first, common sense interpretations which recognized the incompatibility of any two widely different groups ruled, but eventually this was overthrown by a need to keep up with our wartime propaganda and the generations which had grown up with it, the Greatest Generation and the Baby Boomers (“Me Generation”).

However, it paralleled an even older struggle, which was for the Semitic-admixed Irish to become part of America despite WASPs not considering the Irish to be “white” like Anglo-Saxons, northern Germans and French, Scandinavians, and Scots:

With immigration controls left primarily to the states and cities, the Irish poured through a porous border. In Boston, a city of a little more than 100,000 people saw 37,000 Irish arrive in the matter of a few years. Naturally, it was difficult to integrate the newcomers in such sheer numbers. The Irish in Boston were for a long time “fated to remain a massive lump in the community, undigested, undigestible,” according to historian Oscar Handlin, author of “Boston’s Immigrants, 1790-1880: A Study in Acculturation.”

The discrimination faced by the famine refugees was not subtle or insidious. It was right there in black and white, in newspaper classified advertisements that blared “No Irish Need Apply.” The image of the simian Irishman, imported from Victorian England, was given new life by the pens of illustrators such as Thomas Nast that dripped with prejudice as they sketched Celtic ape-men with sloping foreheads and monstrous appearances.

Therein were found the roots of the Fourteenth Amendment, based on the 1866 Civil Rights Act authored by members of the party of Lincoln and based on his own opinions, absent his idea that African-Americans should be returned to Africa.

In defense of the Irish, America changed its idea of who Americans were; in parallel, a century later, it changed this again, to accommodate not just different white ethnic groups, but different racial groups entirely.

Much as integration of the Irish came after they took over lower-paid labor and lower ranks in the military, the same strategy boosted African-Americans to full integration, aided by the need for our WW2 propaganda to seem true as we fought a new Communist foe.

School’s Out (But Unfortunately, It Will Not Stay That Way) | Amerikan Decameron – Story VIII: Fox Racing