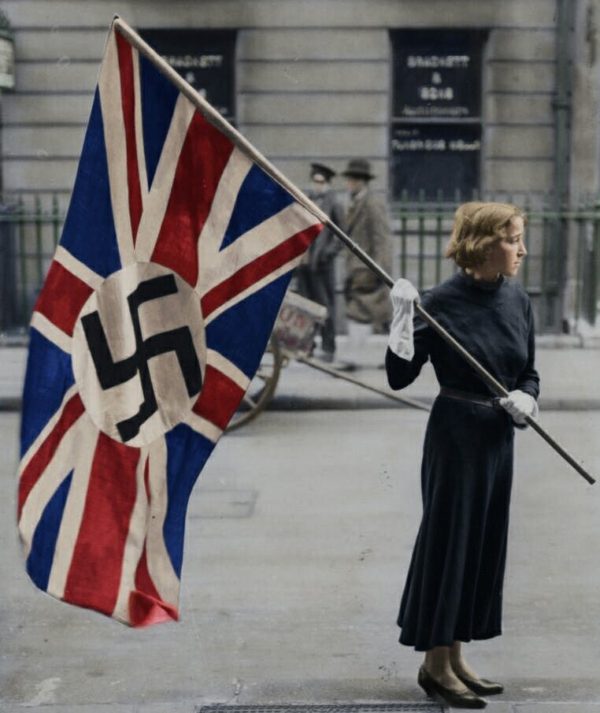 We are archaeologists, trying to uncover the past so we know how society was when it was functional, before the present era descended and obliterated everything good and replaced it with what people wish were good.

As a result, we suffer mass confusion trying to understand what we actually want and what it might look like. A rising form of confusion is the role of women.

On one side, some who claim to be traditionalists attack female video presenters like Tara McCarthy for choosing to make Right-wing propaganda instead of staying home and popping out babies. Some, such as “Wintery Knight,” believe women should be limited to such roles.

Others want to perpetuate the idea of equality, and insist that women and men can have the same roles, which are then decided by “meritocracy” which is “equal.” You see this mostly on the Alt Lite.

The truth, as always, is somewhere in the middle.

Let us look at a recent confusion about the role of a traditionalist woman:

Rather than that being the end of that, my friend and a blue pill male volunteer jumped right on it â€” â€œThatâ€™s a red flag! Heâ€™s trying to control you! Who is he to say who can and canâ€™t be here?â€ they howled.

…I followed up on the conversation with both and explained my other half wasnâ€™t trying to be controlling, he was trying to help me avoid a common weakness of mine, which is to feel bad for people and to try to save them when really they need to save themselves, just the same as I do, or any adult does.

…His were not the words of an oppressive, abusive brute who is just trying to isolate me. They are the wise words and reasoning of someone who is trying to look out for me and my kids, someone who wants to help guide and protect us from needless suffering and mistakes.

Men and women have complementary roles, which means that they are unequal partners toward the same purpose, contributing as they can in domains of authority granted to both. Generally, the woman rules home and family; the man handles income and defense. At the same time, these roles overlap somewhat, in that the man is the leader of the household and defends against invisible enemies like illogical thoughts, emotional responses and common human failings.

To divide these up in enumerated lists would be too many, but the most abstract roles for men and women will have men covering direction, and women handling the finding of balance in whatever direction they find themselves embarked upon.

In this light, a traditionalist woman does not have categorical restrictions on her. She can for example wield a video blog against the insanity of the world, and even defend the home as needed. She can read, think, write, play music, and do many other things of a creative nature. Her mind is not restricted, but she is under the guidance of her father or husband against threats which could subvert her, the family or the nation.

At the same time, men require reining in periodically or they will turn just about anything into a war. Women have a mediating role, which is not the same as constantly moderating male response, only knowing when to throw a towel over your raging beast of a male and haul it back inside because it is tired, manic or upset.

We help each other, men and women, which means covering each other’s blind spots and weaknesses. In tradition, the importance of role is that it is cooperative toward a purpose, which is to honor the order of nature with our willing adaptation to its structure, and this cannot be sketched out in the kind of stuffy rules that many who should know better want us to adopt.