Rising Antipathy To “Education” As It Proves Both Useless And Dangerous 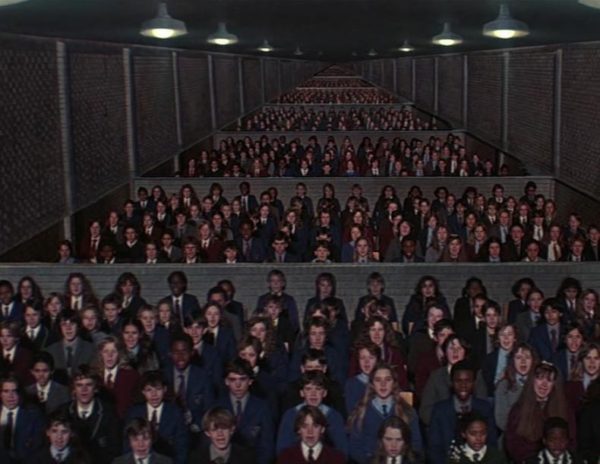 If you believe everyone is equal, your mind naturally grasps the thought that people can be made into perfect citizens through “education.” This is a typical human mental convenience moment, because education does nothing of the sort; it teaches kids to use what they have, so the results depend on what they have. Education cannot make a single person smarter.

However, in order to keep the fiction of our democracy going, we have to insist that everyone goes through twelve years of daycare-slash-indoctrination camp so that they have the “facts,” most of which they will forget by the time the school year is out. Even more, we like to think that those who get high grades are the good people, because they are most of all else, obedient.

But it turns out not to be the case.

The point made by this video is that education is contrary to life. In education, there is a narrow set of solutions and memorization, obedience, conscientiousness and diligence to those rules is the answer. In life, the set of solutions is much broader, and what matters is depth of analysis and sticking to a problem to find its end, not just the plausible end as defined by those before you.

In addition, Americans are about to find out the other downside of education: since most cannot be taught, and there is not much to teach anyway since the smart kids essentially self-educate, the schools have been padding the hours with garbage for decades. The easiest garbage to teach is that which is not controversial: help the poor, support diversity, favor human rights, etc.

Smarter kids instinctively know this is filler and dodge it, at least after a decade or so. But to those who are not exceptional in any way, this gives them a cause of action. They know what is rewarded, and it is easier than real life, so they carry forth these nonsense ideas into real life. It gives them power that they would otherwise — as baristas and food service workers — never had.

Education has been a farce since it moved from the frontier classroom to the state school. Back on the frontier, learning to to read and write and do basic sums — the three Rs — was a great boon for people who otherwise would not have had the time to figure it out themselves. But that was a few hours a day, and did not last very long. Most of the great leaders of this country were “poorly educated” by modern standards.

When the state schools came around, they had to figure out a way to fill all those hours and also, how to incorporate kids who were increasingly not that bright. Education beyond the three Rs benefits those over 120 IQ points, and only those have a chance in hell of making it work out for sane ends. The rest just tag along, believe themselves educated and thus “equal” to those smarter than them, and from that, class warfare is but a step…

As usual, humans outsmart themselves by being intelligent enough to take control of their environment, but not wise enough to make it turn out better than nature does. If we left education up to the parents to fund, and returned the exorbitant property taxes they pay, the kids who needed education would get it at low cost, and everyone else would do just fine with the three Rs.