Removing The Blockhead From The Right 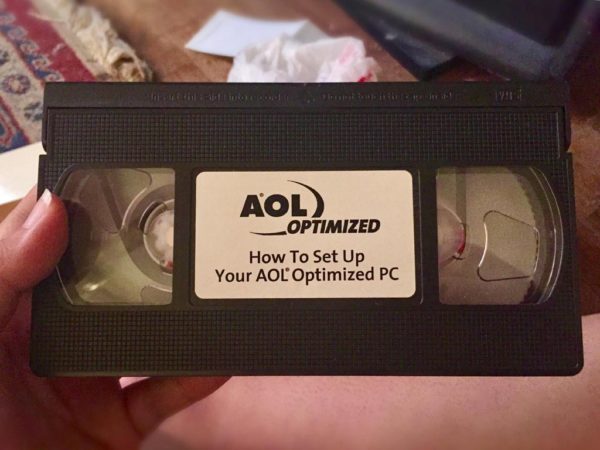 Democracy makes idiots of us all. The name of the game in modern politics is mass motivation, and this requires having a very simple message that gets a lot of monkeys riled up so they start jumping up and down, hooting and hollering, and generally making a nuisance of themselves, which forces other monkeys to act so that it does not look like they, as leader monkeys, are “out of control.”

The problem with this is twofold: (1) it makes us dependent on spreading quasi-truths in order to get the monkeys riled up, and (2) it makes us indulge in the pretense that we can work with those who are liars, cheaters, deceivers, and sociopaths simply because we are afraid to be seen as the dissident monkeys who are “rocking the boat.”

We need to rock that boat, but we need to do it from a legitimate position, which we cannot have with dumb stuff like conservatives with AOL accounts forward around (an ancestors of the postmodern “meme”). You know of what I speak: the very mainstream conservative oriented outrage posts about how, if we have equality, conservatives are not treated as equal.

Please. Level up: “equality” is a fiction that acts merely as a pretense for the lower classes and their mercantile upper middle class enablers to steal from the rest of society. We all know that people are not equal, and the only way to “make” them equal is to take from the thriving and give to the weak, a burden which is paid by the regular middle class because the upper middle class have tax shelters.

This is not to say that all upper middle class people are bad. They are simply self-interested, and with a lack of authority above them, they re-configure society to fit their needs, just as every other caste does. They are in fact more competent in most ways than the other classes, but not competent enough to avoid running a society aground. They are not leaders; they are merchants.

Some of the middle classes — about 5% of the population of the nation as a whole — are highly competent and moral people. These are the ones who get everything done in normal life, because most people are inert monkeys, sitting on a tree-branch and peeling fruit, gossiping and flinging poo, preening themselves and grooming others… you know, normal biological stuff.

But we, who want to take over from the monkey herd, need to both rise to a higher standard and stop rising to a fake higher standard where we refuse to call the enemy — Leftists, lower castes, corrupt members of the upper middle classes — what they are. They are parasites, liars, grifters, cheaters and predators. There is one solution to them, and it is removal.

Let us look at some recent outrages that have roiled the Right and resulted in low-information memes. Checking into social media this morning, I see this article floating around again:

The article, published in the Journal of Medical Ethics, says newborn babies are not â€œactual personsâ€ and do not have a â€œmoral right to lifeâ€. The academics also argue that parents should be able to have their baby killed if it turns out to be disabled when it is born.

…Rather than being â€œactual personsâ€, newborns were â€œpotential personsâ€. They explained: â€œBoth a fetus and a newborn certainly are human beings and potential persons, but neither is a â€˜personâ€™ in the sense of â€˜subject of a moral right to lifeâ€™.

…They also argued that parents should be able to have the baby killed if it turned out to be disabled without their knowing before birth, for example citing that â€œonly the 64 per cent of Downâ€™s syndrome casesâ€ in Europe are diagnosed by prenatal testing.

Drilling down through the hype, the whole point of the article is that it should be legal to kill off retarded children at birth. This is what humans have done since the dawn of time, and is a sensible move, since retarded children are not only non-contributors, but a net drain, and in a worst case scenario, might reproduce.

It is easy to understand why the Left might panic at this idea. For them, equality is the highest goal, and so having a Down’s Syndrome victim as President or Pope would suit them just fine, as it would seem to prove that intelligence is arbitrary and therefore a dumb person is “equal” to a smart one.

But conservatives panic at anything attached to the issue of abortion, which they hate in part because it is a horrible practice, but mostly because it is the symbol of sexual liberation. Repress nature, take a pill, and if there is an oopsie, just vacuum it out in little bits like any other inconvenience. We all know it is murder and for no good reason, as opposed to my favorite type of murder, the “Judge, he needed killin'” type frontier ethics that made America great once.

However, this was not a battleground they should have fought, but because of the need to keep the monkeys hollering, it was passed along as an outrage that further emphasized abortion, when in fact it did the opposite: instead of encouraging pre-birth abortions, it encouraged the natural process of having a child born that then dies because it cannot sustain itself, which retarded children generally cannot without medical intervention.

Or this one, which seems to be making the rounds with the tagline that a murderer was let off because his victim called him a racial slur:

According to police reports, Donley and his tutor, David Grant of West Palm Beach, had agreed to meet for an evening math session at a Davie Dunkinâ€™ Donuts on Jan. 17, 2012, as Donley, then 28, had a Calculus 2 test scheduled at Broward College the following day. Shortly after midnight they got into an argument, which turned into a physical fight just outside the shop. A witness saw Donley kick the 49-year-old Grant in the neck, jump on him, strangle him and drive off, police said. Another witness took down Donleyâ€™s license plate number as Donley drove off.

Left alone in an interview room after his arrest, Donley was heard saying to himself, aloud: â€œYou killed somebody, Jon. How could you? How could you have done that? Oh, my God, I took a life. â€¦ This guyâ€™s dead for nothing, for nothing, Jon.â€

He told police he was set off by Grant calling him a racial slur during the argument, which witnesses confirmed.

Giant fat guy (Grant) tries to tutor elderly-for-a-college-student black guy (Donley) and something goes wrong, so Grant may or may not have called Donley a racial slur, and Donley sperged and attacked him, but he may have died anyway from clogged arteries. The attack is clear-cut but other evidence suggests that giant fat guy may have attacked first.

However, the reason the case was not prosecuted has nothing to do with the racial slur:

The assistant state attorney who was in charge of the case when the deposition took place, Alberto Ribas Jr., assured Field he would bring the case to trial nonetheless. But that never happened. Ribas, who became a circuit court judge last year, said Thursday through an assistant that he could not comment.

[Vegina Timetrice] Hawkins, who inherited the case from him, spoke with Field after the hearing.

So: Alberto Ribas Jr. failed to notice that his key witness was heading back to Saudi Arabia when the college term was up, and so the state has no evidence. Maybe he did it because of a racial motive. Most likely this ADA just dropped the ball and then covered it up as best possible. Maybe he is an affirmative action case, or maybe not. Maybe he was just busy focusing on his career.

Alsuvae told police in an interview the day of the crime that he saw Donley kick Grant and put his hands around Grantâ€™s neck for 15 seconds, until Grant stopped moving.

Fifteen seconds is not long enough to strangle someone to death. Maybe obviously not-very-bright college student Donley committed assault. Possibly it was a contributing factor in the death of hamplanet. But, more likely, this case is highly ambiguous because of actions taken by both parties, and implicates a medical issue more than murder.

If you want to attack something there, attack affirmative action. Attack diversity itself. Illustrate the stupidity of allowing a society where one word can put someone into a panicked spergout. But, over all else, state the truth of the situation, which is not as clear-cut as “the victim said a racial slur so the case was not prosecuted.”

Another case shows us how people are attacking the wrong ideas. In this debacle, the forwards-from-grandma types tell us that this man was let off the hook for assault simply because he was blek. The lede is brutal:

A Congolese immigrant escaped prosecution on six domestic-violence crimes when his lawyer convinced a city prosecutor that he lacked the cultural competency to participate in the American justice system, according to court and public records reviewed by the New Hampshire Union Leader.

How Bahati avoided prosecution was spelled out in handwritten notes of District Court Judge William Lyons.

“The parties agree that the expert reports and analysis indicates that the defendant:

Consequently, the court must dismiss the charges,” Lyons wrote on March 2.

The key word there is in “restorable,” which refers to his ability to be made competent with therapy or education. The point is that our immigration system has once again admitted someone who has such a strikingly low IQ that he is incapable of understanding the consequences of his actions. We use this for really dumb white people too.

The problem here, then, is in the immigration system and the notion that people are equal. We should be attacking those. But instead, the mental virus that “a guy was let off the hook just cause he was a ‘grant” gets spread around social media, and the monkeys hoot and holler and throw fruit, and so politics lurches along as usual.