by Jonathan Peter Wilkinson on January 28, 2018 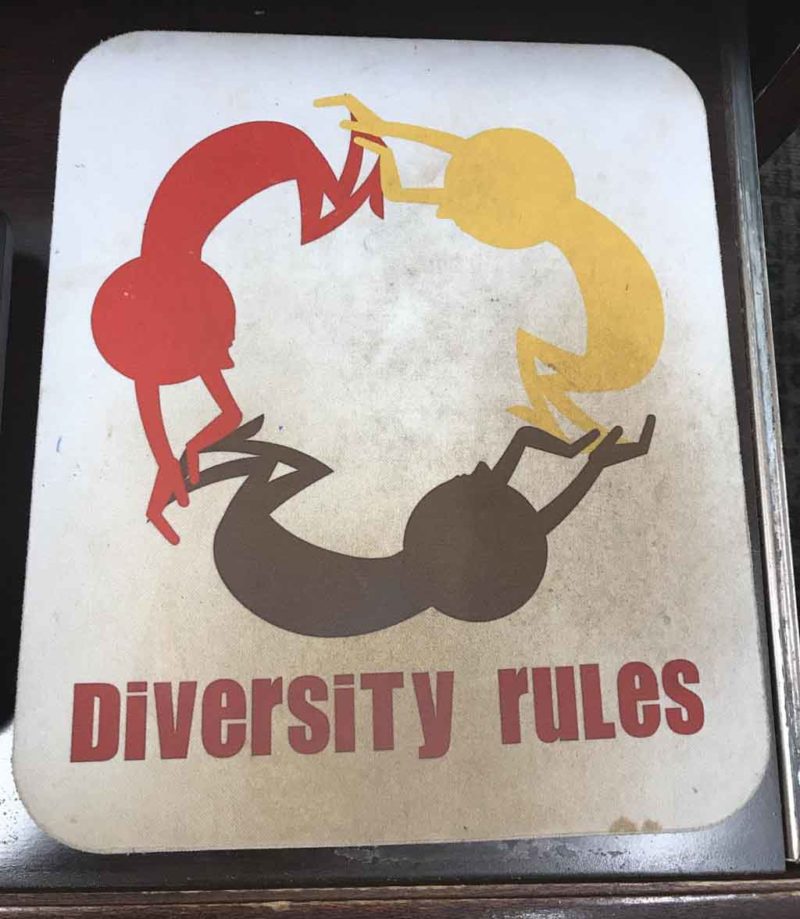 Imagine that just for a day you have a new career. You are a Federal District Court Judge and are honchoing a big, scandalous trial. Perhaps it could be one of the trials of the century. Days before the jury reaches a verdict, you are perspicacious enough to realize something vital.

The defendant seated before you is detestable. He needs a better a description than culpable. Guilty is too cut and dried. Detestable, despicable, excremental, demonic, solipsistic and vile all cover a portion of the set but are not quite np-complete in characterizing the repulsive slug of debased and utterly monstrous humanity you see before you in the dock.

Then the repulsive Satan-wannabe pleads guilty. Guilty to a lesser bill of charges that doesn’t quite permit you to dissolve his genitalia in battery acid, sans anesthesia, as you think and believe would be condign. And yet still, still… the hateful thing shows no sense of remorse or even awareness outside of its perpetual smug cloud.

The Apprentice Asmodeus in question is none other than an Olympic Team Physician in the Good Old US of A. While treating our Women’s Gymnastics Team Members he apparently gave more than a few of them the treatment. What kind of treatment? The molesty kind:

He penetrated his patients’ vaginas and anuses with his bare hands, lead prosecutor Angela Povilaitis said. Because he was in a position of authority over his victims, he used that authority to coerce them to submit to the penetration.

He also was accused of touching some of his patients’ breasts and was sexually aroused during at least one of their treatments, three women said.

He may have thought he could get away with it because, well, in affirmative action land, he is the diversity, and no one can touch him lest he sue them. So for over 20 years, he kept molestin’. And here’s what Larry Nassar, the defendant in question had to say for himself.

Hell hath no fury like a woman scorned. The media is sensationalizing this. The [attorney generalâ€™s office] forced me to [plead guilty]. I was so manipulated by the AG, and now Aquilina, and all I wanted was to minimize stress to everyone. The FBI investigated [my Olympic treatments] in 2015 because nothing was wrong. Now theyâ€™re seeking the media attention and financial reward.

So Judge Rosemarie Aquilina positively went postal, fresh on a wave of girl power movies and #MeToo drama. Upon pronouncing a 175 year sentence on Dr. Nassar, she announced with a certain satisfaction: “I just signed your death warrant.” This gave a certain set of people the vapors.

but take two minutes to watch Judge Rosemarie Aquilina read his statement, contempt dripping from her voice, before she glares at him, dangles the page, and drops it in disgust. â€œI just signed your death warrant,â€ she crowed later in sentencing him to 40-175 years. When your comportment on the bench is inspiring â€œfive sickest burnsâ€ posts at E! Online, eh, maybe you should have dialed down the grandstanding a notch.

Others felt that sometimes reality dictates that the government subcontract things out that the private sector handles more efficiently. Perhaps The Lovely and Talented Judge Rosie could improve a few of our government’s business practices and seriously sign this turd-blossom’s ticket on the night train to the Big Adios.

I was left wondering: “Well, why not literally sign a death warrant for Nassar?” We are told that prison is intended to be rehabilitative rather than retributive. But, as Judge Aquilina intimated, there will be no rehabilitation for Nassar: he will die behind bars. If instead this sentence is retributiveâ€”as Judge Aquilina’s showy performance today suggests it certainly (and, I would argue, justly) isâ€”then why not exact the full measure of retribution allowed? If the goal is simply to remove him from the population so as to protect others, why not implement a permanent, irreversible protection?

I remember feeling a certain level of sympathy for this position back in mid 00s. Iraqi Dictator Saddam Hussein was on trial for being an Iraqi Dictator and there was much Leftist virtue-signaling over how awful capital punishment was when applied to Iraqi Dictators whose interests were aligned with the US anti-war movement. I offered the following argument on behalf of the virtues of applying a few well-measured puffs of Zyklon-B when occasionally needed.

The topic that day was Jeffrey Dahmer. This was before Christopher Scarver did the planet a favor, and the professor was hopping mad that some guy in a newspaper column had suggested that Dahmer get the 500Kw Barca-lounger instead of a 300 year stay in the State of Wisconsin Marriot. He asked us our opinion, and I lacked the necessary right-wing guerrilla survival instincts to demur. I decided to employ Socratic Method here and ask the good professor a question aimed at eliciting a liminal response. Like Arnold Horshack, my hand shot up in class. I asked the good professor. â€œIf the state board of corrections gave Jeffrey Dahmer a clean bill of health, would you want this guy to be your sonâ€™s algebra teacher?â€ The question was sophomoric, I admit. But hey, I was a sophomore, and thought Doctor Feelgood had this one coming. The issue at play was whether it was ever right and proper to administer capital punishment. I turned the question around. I was asking. â€œOk, letâ€™s say we keep Dahmer, Manson and John Wayne Gacy on taxpayer life support. What do we do with these guys? Collect them and trade them with our friends?â€

But all this angst offers us a shot at examining something. Why does Amerika have a prisons? And I mean besides them being a great place to manufacture Elon Musk’s solar panels that he sells to The Great State of Oregon. Are we rehabilitating damaged people or warehousing a bunch of sick and perverted little puppies?

If all were doing is stacking and storing the sick-fvcks, isn’t there something more useful we could be doing with the real-estate? And just what should we be doing with these people if we consider them irredeemable. Have them dig a ditch, gun them all down and then scrape it all under with a bull-dozer? Make like Mexico and El Salvador and send them to another country that we really don’t like very much, work illegally and then wire back a portion of the money? Maybe Escape From New York was prophecy rather than fiction. At some point our prison system will no longer be manageable as a degenerate sewer system which is what it seems to be now. When 22% of the world’s prison population is stored in one place, that place’s managerial state has utterly failed. At some point our diversity, perversity and crowdist insanity will make criminals of us all.

In the meanwhile, what is done with Dr. Larry Nassar will make for much virtue-signaling. I suppose they’ll kill him, ressurect him, kill him again and then bury him under the grossest dump they can find. I have no sympathy. Nobody should. But how about the next Dr. Nassar? And the one after that? Amerika will keep on producing them. Along with the next factory lot of Charles Mansons and Jeffrey Dahmers. At some point, we might want to ask ourselves whether the diversity factory is really a good way to operate this society. People are not afraid of prison when they already consider their existence a jail.