Republicans Will Never Rally Behind Trump Because He Threatens Their Franchise 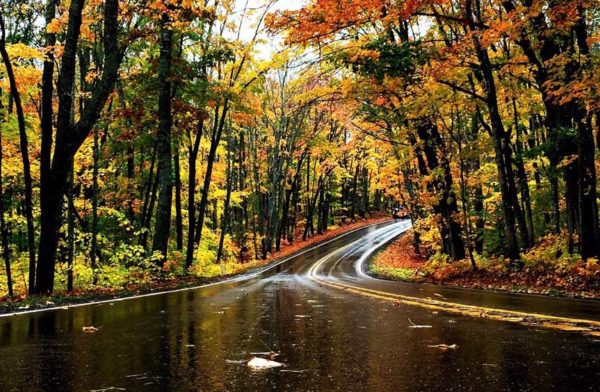 People get the government they deserve. There is an inverse relationship between how much a population can control its impulses and how heavy-handed its government is. Countries where crime and corruption is rampant end up with strongmen in power to keep the rudiments of control in place, where groups of mostly sensible people end up with gentler government.

In turn, government shapes who succeeds in it. A society that is chaotic will eliminate anyone but the strongmen early on; if they do not get outright killed, they will at least be made to seem wimps and voted out. In America, government rewards its participants with the ability to sell exclusive access to things only government can do, and so corruption has gone mainstream.

Many people on the Alt Right have tried to dodge the label “conservative,” mainly because they erroneously assume that the Republican Party defines what is conservative. In fact, the opposite relationship is true, and the important thing to know about the GOP is that it is a business that makes its money by saying things that get people to vote for it, and most conservative voters tend to vote against instability rather than for ambitious fixes. They would rather put up with high taxes, a parasitic welfare state, dysfunctional foreign policy and corruption than risk rolling the dice on something that could provoke rebellion; like the people in Los Angeles, they keep paying high taxes to buy off the poor so that they do not revolt, because everyone knows that all societies die when the proles take over and then, being inept, steer the cordycepted community right off a cliff.

Any corporation that does not find a niche will perish, and the Republicans found their niche in being the captive opposition. This is the best position to take, economically and mathematically, because they are able to attract votes without having to actually do much of anything. They realize that in a democracy, the idea of conservatism — preserving the best of all history, which involves an order larger than the individual — will always be at a disadvantage to the Leftist idea, which is that the individual is the largest unit in society and all policies must be considered in terms of their impact on individuals. Democracy is inherently Leftist. For this reason, conservatives do not expect to win, but have retreated to a position of defending business and the military so that society can survive the stuff that Leftists do it. This has a downside in that conservatives end up being a subsidy and foil for the Left, and since this role is easier than fighting, the political system selects for people willing to be captive opposition on the Right.

For this reason, no matter what they say, they will never unite behind Trump, who is a conservative second and a realist-pragmatist hybrid first. A realist is someone who is inclined to study the patterns of nature through cause-effect relationships so that he can predict how his own actions will work out, and adjust his actions accordingly; this is like the “scientific method,” but without the pretense of empiricism or universalism. A pragmatism is someone who does what he can according to conditions at the time, which does not necessarily mean that he will compromise principles. He may work gradually toward his goals instead of demanding that they be realized all at once. The primary approach that Trump takes is to reject unrealistic ideas, while working pragmatically toward outcomes that generate wealth, and on top of that he has tapped into the social conservative viewpoint that America has changed too much with its demographics, and we like the 1980s style morality better.

This clashes with the approach of post-Buckley conservatives, which is to ignore most actual social issues and focus on a libertarian platform centered around business and defense. They trot out a few token social issues — abortion, patriotism, Christianity, Israel — and ignore the real contentious themes found in the sexual revolution, demographics, values and a shift toward a theory of dependency and atheism as the basis of society instead of culture, heritage and faith. Republicans will not leave this position because it is easy for them to defend, since they have industry and the “military-industrial complex” (a network of companies, lobbyists and generals) on their side. Politics is much like a prison gang. If you can get enough big guys to agree on something, it happens even if the general mood is against it. Trump, like the Alt Right, wants out of this conservative ghetto, and what the RINOs in charge fear is that Trump may succeed, at which point their franchise goes away.

That is why this is incredibly bad but sensible advice:

If Obama muscles his way in front of the cameras and starts attacking Trump, every Republican and right-leaning independent in the country whoâ€™s making a stinkface at the president right now will rally behind him in the ensuing partisan food fight Youâ€™ll even get some true independents frowning at Obama for his lack of presidential etiquette in attacking his successor.

If Obama muscles his way in front of the cameras and starts attacking Trump, Republicans will play the usual game of attacking Obama in public while failing to support Trump in private. They cannot both support Trump and have the convenient arrangement that has allowed them, like the Leftists, to become wealthy by indirectly selling favors made possible by their positions of power. If Trump wins, this cozy black market goes away, and for this reason, the Republicans will never join behind him.

Another factor comes into play as well. Republicans are not strictly conservative; they are conservative in inclination, and some are conservative, but the official outlook of the party is toward cooperation with the Left, with whom they share a basic belief in equality. That notion of equality conflicts with a hardline realist view as someone like Trump will have, if nothing else as a result of experience with humanity and realizing that many if not most people are inept and will simply obstruct anything good that someone else is trying to do. The American Right has absorbed much of the American Left because, in trying to reconcile its natural wisdom of the inequality of humanity with the egalitarian sentiments in the Declaration of Independence and Constitution, it has become Leftist, accepting that all people are on some level equal and therefore, that they are either all good or that good and bad do not matter. To a realist, people are many things, but good is not one of them. Some are better than others, with varying degrees, based on the basic construction of their personalities and their abilities. Everyone is somewhere on a learning curve, but there is also an upper limit built in to all of us. Realism requires recognizing this as a good manager must because it has a heavy influence on outcomes.

Further complicating things, most Republicans live in Ivory Towers. They grew up in stable middle class neighborhoods, went to elite schools, then graduate schools, then got a series of jobs leading to positions of power, rising quickly above the entry-level existence that most people experience for life. As a result, for these Republicans, dodging the failures of society was a matter of a few years of frustration, followed by the title and wealth that allowed themselves to place themselves out of those conditions. To them now, relating to this other life is impossible, and the memory of being less powerful is distasteful, so their consciousness does not even include it. While Trump was born to wealth and made himself even wealthier, his daily experience consists of dealing with the many layers of human failure from inept employees through corrupt local governments and greedy contractors. In the world outside of government, the raw selfishness of the human animal becomes apparent, something which Ivory Tower people never see and would not acknowledge, in part because they want to believe that the world is like them and their friends, as that way they may maintain a positive view of the future.

A schism has erupted in politics because people have no faith in the way things are done. We want an end to the comfortable working relationships of politicians. This does not happen by us directly managing politics, but by raging around until we all come to a mind on something. No voting — that corrupts the will, and makes us inclined toward compromise and other weakness — but a uniformity of focus. We must find out what is real and agree on it. Then we can delegate to men like Trump, who really care nothing for the Ivory Tower, and want to get their hands dirty. And then, bit by bit, we can begin deconstructing the Empire of Death that is modernity and replacing it with something real.

Avoiding The Fate Of The Know-Nothings | Twilight of the Republic