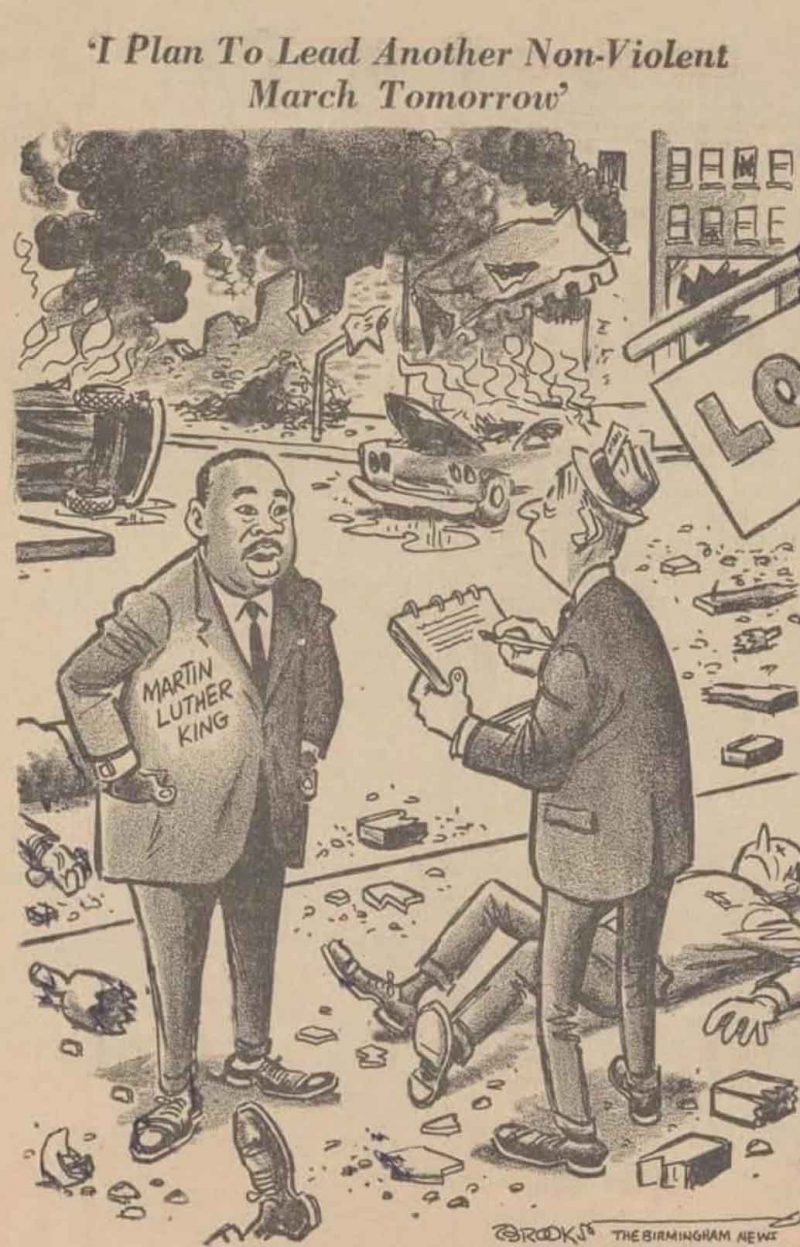 Image from Charles Brooks at The Birmingham News in 1967.

Apparently, Caitlyn (née Bruce) Jenner began a candidacy in California, to the great cheers of the assembled Republicans.

Let us see them as they are: they are System people, or those who “got ahead” by figuring out how to manipulate the bureaucracy and, most importantly, large numbers of people who vote by emotion, bias, fear, and habit more than analysis

System people know how to make 80% of a room swoon and vote by saying something that appears profound to someone with an IQ of a hundred points, which as you know is the average in the room. Some humans may be smarter than others, but together we are a mighty moron.

Republicans like to play clever by catching the Left in some kind of contradiction or hypocrisy. Like calling them racists, this does not backfire (but there is a warning there) but also does not work. To the Left, hypocrisy in the service of “correct” goals is a good thing. They are immune to being called racists because their echo chamber will not take up the cry. They like it when you call them racist, sexist, transphobic, etc., because this affirms the strength of those terms and lets them turn around and use them against you.

It was considered vastly clever when President Trump nominated Amy Coney Barrett, an Irish-descended woman with a mixed-race family and fanatical Christian evangelical views, to the Supreme Court. After all, this outwitted the Left, the pundits told us. “Don’t you see? They can’t gangrush her like Kavanaugh with accusations of sexual assault from forty years ago!” However, this let the Left define the narrative, and squeezed in someone who appears to be just about as conservative as John Roberts, another post-Buckley “Christian Libertarian” who claims to be “conservative” like the pro-diversity National Review.

Similarly, Republicans think they are smart and strategically deft when they praise Martin Luther King, Jr. “See, we are not racists, we praise the Black guy who was less insane than the current race grifters!” This backfires because now they have endorsed an egalitarian program, diversity, which makes them into a variety of liberal. Conservatives sell their soul to be clever because they see that Leftism has taken over, and try to frame their arguments in Leftist terms in order to “win.”

My advice: do not do this. Instead point out that Leftism is optional, has nothing to do with reality, and is one of the forces that our Constitution was designed to limit. “All men are created equal” is a rejection of equality programs, not an endorsement of it, not that the current crop of conservatives have the wit to do textual analysis. We are those who focus on reality, and as part of that, we refuse to believe in symbolic cults based on social feelings and egotistic individualism such as egalitarianism, which is the central and only idea of the Leftists.

Caitlyn Jenner is another Amy Coney Barrett or Martin Luther King, Jr. that Republicans are trying to use as a symbol in order to win over voters. By belonging to a protected group — transgenders — Caitlyn is in theory beyond criticism, and he-she-it (maybe this should be a new pronoun, hsi, which has the benefit of sounding Chinese; we could just use xi, I suppose) can therefore in clever Republican logic say things that us heterosexual Cro-Magnon males cannot. The Left cannot criticize Jenner because of that protected group status, and xi can then say some actual Republican things at the slightly high cost of alienating traditional conservatives and weakening the conservative brand by making it a variety of liberal. Remember, these Republicans got ahead by being good at the system, which is the opposite of being intelligent, because anyone intelligent (a level above clever) realizes that this society is built on lies and falling apart.

As a nihilist, I am an unlikely conservative. I am in fact only a conservative because conservatism is the only realist political force; egalitarianism, by its nature, is symbolism and not realism. No sane person can sign up to a symbolic belief system because by definition this opposes reality; if you cannot find your political beliefs existing in the real world, you are promoting a controlling fantasy for the sake of feeling better about yourself. This is compensatory behavior and resembles schizophrenia.

Conservatives have one thing on their side and it is that we reject the symbolic world of face-value social interaction and business marketing, and instead look toward what we know in our inner selves (gut, soul) about reality in order to find the best qualitative options there. We do not aspire to Utopia, since we know that it is a fantasy, and fantasies like drug addiction just lift you up for a short time and then bring everything crashing down.

This symbolic world consists of changing appearance through symbol so that humans feel godlike and more powerful than nature; symbolism consists of whatever appears to force reality to appear like what we think we want, even if there are secondary effects which are destructive and bad. It is a new coat of paint on rotted boards, gold leaf on cheap tin, and a free pizza lunch for working twenty hours of overtime. It manipulates appearances and through that, feelings, and therefore can be counted on to hoodwink a crowd since people in groups engage in herding behavior, which means that they react to each other instead of the task at hand.

Symbolic worlds involve the intellect as a rationalizing force. You have biases and preferences, so you find reasons to argue for them, just like Republicans think they are clever by using Barrett, Jenner, and King to rationalize conservative views, even if this never works. The only way to get to realism involves cause-effect analysis, or finding something about reality and tracking it back to the source, which is usually a pattern (like the warm waters, cold air currents, and low atmospheric pressure combination which produces hurricanes) and not a single event.

If Republicans were thinking clearly, they would embrace their identity as the outsider party. We are those outside of the social world of appearances and the type of brainwashing that occurs through marketing, advertising, and media which convinces people to buy products based on face value, or the promises made about their effects which ignore all the side effects and conditions necessary for such promised effects to occur. Yes, that riding mower will give you a nice green lawn if you water it daily, fertilize it, remove weeds, and live in an area with rich topsoil. Otherwise, you will simply have your ratty old lawn but with a slightly more uniform cut. 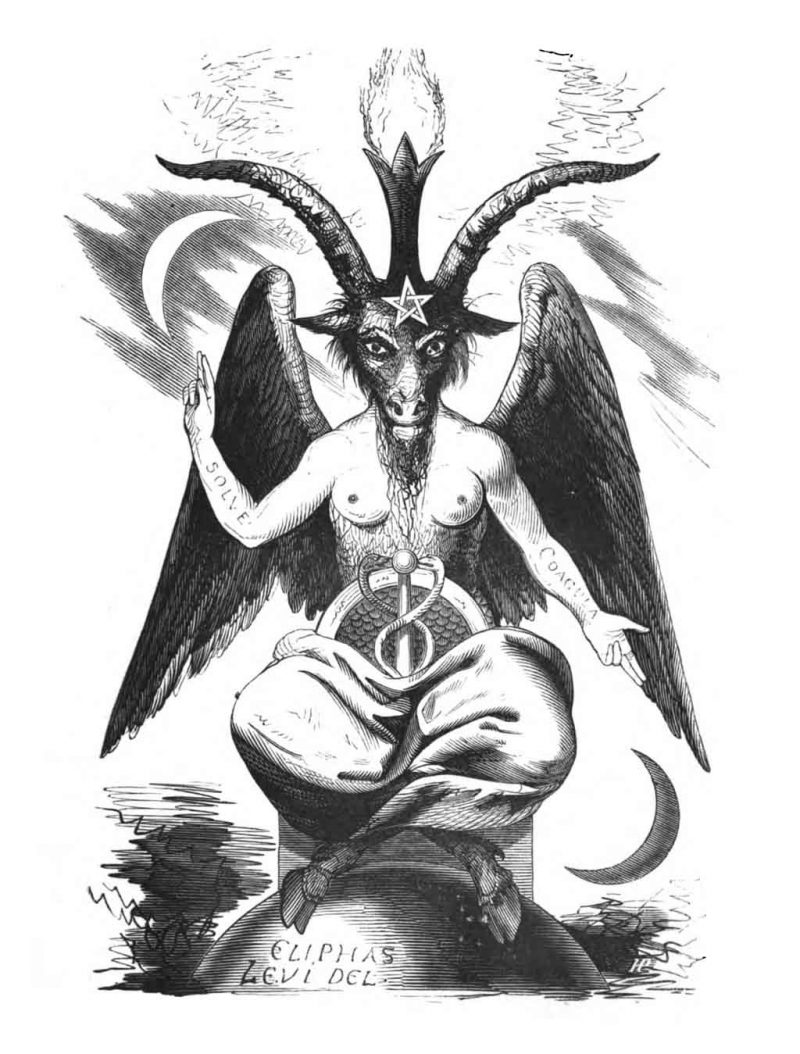 Most conservatives want nothing to do with Caitlyn Jenner and other notions that proclaim that we can force nature to do what we want. You can cut off your penis and through surgery and hormones make yourself a female analogue (or remain a “Baphomet” like Jenner is rumored to be, with a female top and male below-the-waist characteristics) but this does not make you female; it makes you a testament to human weakness spurring a demand to force reality to pretend to be what we want it to be, like Captain Ahab, the Tower of Babel, Adam lying in the Garden of Eden, the One True Ring, or “thousands of MILFs in your area want to contact you now.” Wishful thinking is not reality, but it feels good to people who are depressed because their society is failing.

Conservatives win when we acknowledge that this society is failing, that things like mob rule and diversity are methods of its failure, and that to get back on track we need to make our souls right by starting with realism instead of symbolism. We cannot ever compromise with the Left, since that merely makes us a variety of Leftist, and no matter how sickeningly clever we try to be, that path leads only to failure.