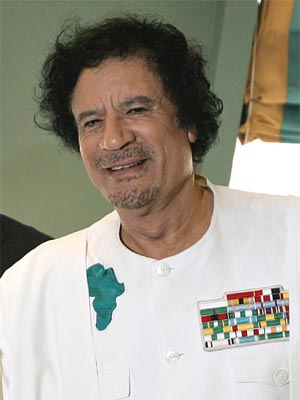 Another day, another revolution. Here in the West we’re addicted to them. We feel as if they prove us right, and the course we’ve been on since the guillotine has been the right one.

Yet as in Egypt, problems remain. These tyrants we depose may have actually been an organizing force for the countries they ruled. As some historians have noted, the closer a country gets to third world status, the more likely it is to have an oligarch/mafiosi leadership.

Libya for example is an unruly bundle of diverse cultures that hate each other, beholden to one another’s incompetence and the periodic orgasmic outbursts of religious fervor that lead them to attack more militarily adept nations, and lose.

We have our own religion in the secular West, and it is equality. We deny evolution. We deny it more thoroughly than any “religious” people who choose to believe in Creation do. After all, Creationism just says there’s a purpose from outside the order of pieces of the universe randomly bumping together. Our religion unlike Creationism denies that evolution is ongoing and that it divides us.

In fact, the greatest taboo our society has is any statement against the absolute equality of people. It doesn’t matter if you pick race, gender, sexual orientation, social class, or even left/right-handedness. You have spoken against the One True Religion of the West.

You cannot even speak out against the manifestation of equality in our political religion, which is the notion that socialism — which puts reward before accomplishment — is the best possible system. Dare not mention that socialism creates a cultureless, purposeless, unrealistic mass that destroys any civilization dumb enough to host it. Idiocracy ahoy.

Libya got Gaddafi because the other options were even worse. The usual option is the worst: a huge population of disorganized people, in the grips of chaotic mix-and-match belief systems, demanding impossible things from their elected leaders and thus propelling the country into disaster.

But revolutions mean equality, and so, religious fanatics that we are, we cheer them on. Russia! France! Egypt! Libya! Saudi Arabia! — make the whole world share in our joy, or if it turns out to be a pipe dream, in our misery. We won’t go down alone.

After all, our fundamental belief is in our supreme self-importance. We must be equal, because we want to be. If our nations are wracked by problems, we must go start a revolution somewhere, or find a tragedy of people far worse off than ourselves, and send them money. These happy events make us feel warm inside.

That is our religion.

The end of ideas | The center cannot hold