Reading The Bible As Literature 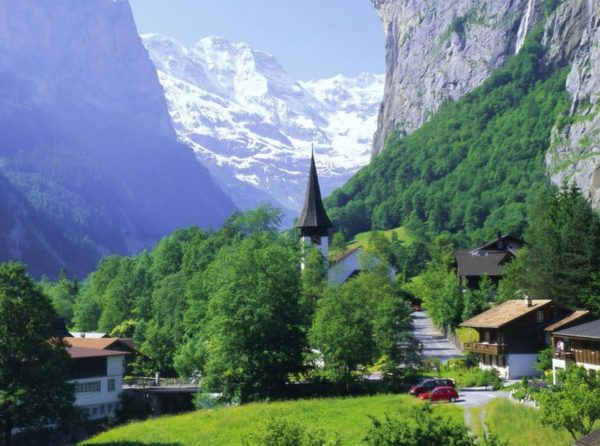 Throughout human history, religion and spirituality have been great dividers and greater unifiers. While the Left wants to do away with religion, it remains important in the lives of most people on the globe, with only the self-referential first world dissenting.

Bruce Charlton cited a recent Amerika post as a means of continuing his ongoing discussion into future Christianity as a pivot point on which the West can turn should it decide to fight the pervasive evil currently crippling it. His point:

I can certainly see how he would make this interpretation. There is a common, misleading and unfortunate habit – both from real Christians and anti-Christians – of supposing that the Bible (or the New Testament, or Gospels. at least) must be 100 percent true, when taken literally (i.e as statements of facts and universal laws) one sentence at a time.

I can see how this situation has arisen, given the tendency of Men (and nowadays especially ‘liberal Christians’) to distort Christianity to be compatible with those secular and political ideologies which are that person’s primary motivation.

Amerika is thankful for this mention on a blog that many if not most of us read regularly. This allows the introduction of an important topic, which is how to understand a book like the Bible.

The sensible approach to religion comes to us from the Perennialists and Traditionalists, who are the opposite of fundamentalists. Any philosophy which bases the origin of thought in material is materialist, including atheism, but also including fundamentalism, which respects the granular Word more than the spirit it is designed to convey.

In the Perennialist view, every religion is an interpretation of reality including its metaphysical level. The best of these see the physical and metaphysical as parallel, or sharing the same pattern organization. From this perspective, it is the patterns of Reality — not the words describing them — that forms the basis of the religion.

Turning to Christianity, we see a book that compiles the best of European, Hindu and Mediterranean thought into a simpler form, like a novel with interspersed poetry and aphorisms on philosophical and metaphysical topics. Much of the book is told through the history of an ancient people, and the rest, as the life of one of their prophets.

To interpret this book, then, it makes sense not to read it for details — as Charlton argues — but to look at it as a story. In stories, people are confronted with challenges, and make choices as to what to do, and those choices in turn change those people, much as in life. For that reason, what matters is more the end results of each action than any particular detail of its explanation, because those may show where the character is within the arc of his action.

Meaning reveals itself not in the instant but over the course of many instants, with the final notion making sense only in the context of the whole story. This conflicts with the categorical thinking of the modern time by which we can classify an action as good or bad based on type, or look at a detail and understand the principle behind it.

Charlton makes a good point. Perhaps it is borne out in the original text, so it makes sense to inspect it. The paragraph quoted from the Bible reads this way in its full form:

But I say unto you which hear, Love your enemies, do good to them which hate you,

Bless them that curse you, and pray for them which despitefully use you.

And unto him that smiteth thee on the one cheek offer also the other; and him that taketh away thy cloak forbid not to take thy coat also.

Give to every man that asketh of thee; and of him that taketh away thy goods ask them not again.

And as ye would that men should do to you, do ye also to them likewise.

For if ye love them which love you, what thank have ye? for sinners also love those that love them.

And if ye do good to them which do good to you, what thank have ye? for sinners also do even the same.

And if ye lend to them of whom ye hope to receive, what thank have ye? for sinners also lend to sinners, to receive as much again.

But love ye your enemies, and do good, and lend, hoping for nothing again; and your reward shall be great, and ye shall be the children of the Highest: for he is kind unto the unthankful and to the evil.

Be ye therefore merciful, as your Father also is merciful.

Reading this as literature, the bolded portion is the point: if your love is based on self-interest alone, it is simply self-serving. Kant makes this point beautifully as well, which is that those who act for personal gain are not acting morally, but selfishly, even if their acts appear altruistic.

In other words, this is an anti-altruism rant that appears to be a pro-altruism screed. The point being made is to detach benevolence from personal gain. This in turn means the opposite of how most interpret the few lines quoted in the original post:

Which on a surface view appear to be specific advice, not part of a parable or metaphor. The same confusion applies when those who read Plato’s Republic believe his ideal republic is a prescription, when in fact it is a thought-experiment used to demonstrate the failure of systems, since in order to improve upon the natural best state of humankind, we must enact a bizarre set of rules and balances which would make life inhuman and miserable, a lot like modern society.

Charlton takes another avenue to arrive at the same realization:

But really it is nonsense! Nonsense in general, and in this specific instance; because Jesus obviously did not intend this this statement to be taken as a universal law – for two reasons, one because he did not himself behave this way, and two because it is impossible to behave this way.

We could add that any specific virtue, pursued exclusively, leads to sin – and that therefore no statement or rule is universally applicable – but ought to be taken as part (typically a small part, given the large number of specific virtues) of that larger whole of ‘Good’. Jesus was crystal clear that the Good human life is not one of passively obeying a list of rules (i.e. Phariseeism); it was the inner motivation that mattered supremely – plus of course a willingness to repent our many and frequent inevitable moral failures.

A future Christianity will take this into account as older Christianity did. Read as literature, the Bible tells a story of a population which survives through militancy, but then faces a new challenge as it succeeds and becomes a larger civilization: how to keep its population morally disciplined so that social order stays intact by people individually doing the right thing, instead of relying upon the law (personified by the Romans) which frequently is wrong or stupid.

In fact, a broader message emerges, which is that most people are doing wrong as part of the everyday behavior of people in an advanced civilization. The mechanism of civilization itself starts to work against us at a certain point, like how a rocket to space encounters entirely different pressures upon itself once it leaves the lower atmosphere. If both pre-civilization and civilization are not accounted for, the rocket explodes; the Christian method is to eschew enforcement — symbolized by the crucifixion — in favor of constant personal moral alertness that evil lurks in personal gain that is detached from the principle of doing what is right, even when brutally inconvenient.

At the end of the day, this is what “love your enemies” actually means, once we set aside reading the Bible as propaganda and start to read it as literature, much as we should read Plato, the Bhagavad-Gita or any of the other influences incorporated in the Bible.

Interview With Billy Roper | How The Visigoth Holiday Went Sour