Rapunzel, let down your hair 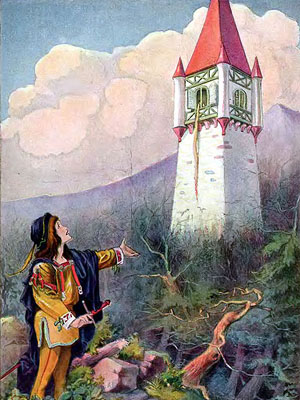 This is not a scientific study, but not every question can be answered by science, which makes it a tragedy when science’s study of details replaces a big-picture look at what’s logically obvious. Have you noticed that more and more women are getting their hair cut shorter and shorter? Weâ€™re not talking a pixie hair cut either, but basically a little boyâ€™s haircut. What does it mean?

Iâ€™m no Sigmund Freud, but it seems to be a popular thing to assume that how one styles their hair or facial hair is a subconscious reflection of an inner reality. I came across a bizarre website years ago that attempted to psychoanalyze famous men from history based on their mustaches. The site claimed that large, walrus-like mustaches that covered the lips, was the sign of a liar as if the mustache could cover up the mouth and hide the lie. It also claimed that a Hitler/Charlie Chaplin mustache was a sign of extreme introversion. Itâ€™s probably all bologna but people do seem to be obsessed with facial hair and hairstyles. Notice the â€œresurgenceâ€ of mustaches and mohawks amongst hipsters and other assorted riff raff. We even have dopey things like national mustache month.

I also recall reading that in days-gone-by, short hair signified an un-free man, and long hair signified nobility. This will vary from context to context, but it does make a certain amount of sense. Hot off the heels of winning WWII, for example, it would certainly make more sense that a short hair cut was the sign of a manâ€™s man and long hair was the sign of a bum. The hippies then rebelled against this in the late 60s by really sticking it to the man and growing their hair out long. I suppose that women cutting their hair short is also some form of rebellion? I have heard that women cutting their hair short is a subconscious expression of being dissatisfied with the masculinity of their era. Who knows?

I have a somewhat different spin on things. I canâ€™t help but notice something. Women that join cults often get their hair cut short. If you recall the Heavenâ€™s Gate cult, all the members, men and women, shaved their head. Also recall that the women that Charles Manson brainwashed had their hair extremely short. Valerie Solanas was another weirdo with a boyish haircut that was involved in a cult-like situation. This is not an official psychoanalysis but the similarities are too tempting not to mention. I hope Iâ€™m wrong. The pixie hair cut is cute enough, but beware of going full cult member.

Letâ€™s end on a more positive note. Some women can pull it off, but I have never seen a woman that looks better with short hair than she does with long hair. Now, I know what youâ€™re thinking: come on Ted, whatâ€™s the big deal? It doesnâ€™t mean anything. This is merely an aesthetic or symbolic concern. Women arenâ€™t here to simply please your eye.

Alas, this is not so. It is not a question of aesthetics or symbolic concerns at all. Have you forgotten of the story of Rapunzel? Rapunzelâ€™s extremely long hair came in really handy. Rapunzel was kidnapped and brainwashed by an evil fiend. She was locked away, in a tower, all by herself. The only way for anyone to reach her, was for her to unfurl her impractically long hair so that they could use it as a rope and scale the tower. In Rapunzelâ€™s situation, her long hair was actually a practical and utilitarian matter.

Psychologically, we can see this as the success of the cult-like wartime mentality that the West hasn’t relinquished since WWII. We deny what makes us unique, individual and natural and replace it with a false individualism of manipulating what others think of us. Like Rapunzel, we are stranded in architecture of our own making, when the solution is to trust nature and let her wisdom work for us.

So, ladies, grow your hair out long. And when that evil fiend has kidnapped you and locked you away, up in a tower, far, far from reality, you can let it down to a noble wandering knight. He will climb your hair, up to the citadel, save you from the fiend, and you will live happily ever after.

Mugged: Racial Demagoguery from the Seventies to Obama by Ann Coulter | The Race Frequently Asked Questions (F.A.Q.) by John Goodrum