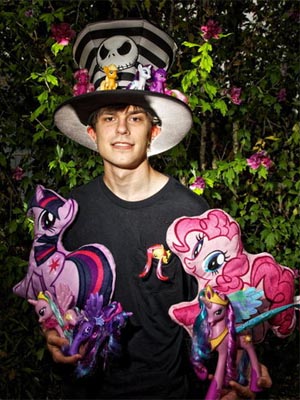 The best kind of propaganda is the kind you cannot tell is propaganda. Or I should say: the kind for which you have a plausible denial that you should have seen through it.

Like movies, books, magazines, music or polite conversation. All of these are not “political,” we’re told, so they’re safe in which to express personal opinions. These don’t translate to policy, they tell us, so it’s not like we’re preaching Soviet-style dogma at each other in order to rise in a hierarchy.

In fact, the more we notice things that we doubt about the story we’re telling each other, which is that everything is fine and we just need to be nice to each other and everything will work out, the more propaganda we need. We need it to “re-inforce” our view of the world.

It’s like setting your brain on a shelf and hiring someone else to run it for you. Since this other person cannot guarantee good outcomes, they instead sell you a promise that they will provide only pleasant sensations. It’s like being anesthetized.

HAGRID: Better out than in. Whoâ€™s Ron tryinâ€™ to curse, anyway?
HARRY: Malfoy. He called Hermione, …um, well, I donâ€™t- I donâ€™t know exactly what it means.
HERMIONE: He called me a Mudblood.
HAGRID: He did not!
HARRY: Whatâ€™s a Mudblood?
HERMIONE: It means â€œdirty blood.â€ Mudbloodâ€™s a really foul name for someone who is Muggle-born. Someone with non-magic parents. Someone like me. Itâ€™s not a term one usually hears in civilized conversation.
HAGRID: See, the thing is, Harry, thereâ€™re some wizards, like the Malfoy family, who think theyâ€™re betterâ€™n everyone else because theyâ€™re what people call â€œpure blood.â€
HARRY: Thatâ€™s horrible!
RON: (Blech…) Itâ€™s disgusting.
HAGRID: And itâ€™s codswallop, to boot. â€œDirty blood.â€ Why, there isnâ€™t a wizard alive today thatâ€™s not half blood or less. More ter the point, theyâ€™ve yet to think of a spell that our Hermione canâ€™ do. Come here… Donâ€™t

Obviously, no one with a functional brain is going to miss the fact that the above is (a) manipulative (b) a thinly-veiled reference to our jihad for multiculturalism and (c) a clever way of equating “civilized behavior” with a certain political view.

In other words, do it our way or you’re not in the club anymore.

Healthier societies would be repelled at such obvious preaching. They might not mind it at a pulpit, or from an orator during election season, but disguising it as a children’s movie? That’s low, even for a modern liberal democracy. Yet most of our movies, books, music, etc. follow this pattern.

Try to think of a recent movie you have seen that did not preach equality in some form or another. Equality of nerds with jocks. Equality of the bully and bullied. Equality of races and sexes. Equality of gender-preferences. We even get movies about the equality of confused people with failing lives.

Brujeria’s mission is to represent the Hispanic community through heavy metal music to speak against immigration laws and oppression. Although their message may be extreme at times â€” their campaign against the dominant use of English being a prime example â€” Brujeria want to be the modern representatives of countercultural La Raza.

“They’re speaking to a certain population that is often viewed as either highly oppressed or highly dangerous,” said Adan Soliz, a Mexican Studies student at Del Mar College. “Brujeria are more than death metal. While it sometimes seems that the United States is campaigning against the Hispanic race, Brujeria are the spokespeople for what La Raza looks like when we get angry. They are a strong voice for some extremist groups in Hispanic communities.”

To add to the controversy, Brujeria speak openly about the drug trade and sometimes idolize the role of drug lords. “The Hispanic race are hardworking people, but a lot of the times the hard work goes unnoticed and underpaid. Brujeria portrays the role of the drug lord as some people actually see it. The drug trade is often a way out of poverty but at a high price.,” Soliz said. – Corpus Christi Caller

Once you get enough propaganda in motion, two things happen.

There seems to be an utter lack of the timeless or vastly influential. It’s strictly flavor of the day.

Yet the market prospers, driven on by the fear of people. They fear our lifestyles are bad, and our civilization is collapsing, so they go to see patriotic movies. They fear death, so you get Twilight and other supernatural nonsense. It’s like a WWII propaganda machine still raging out of control, its human masters long dead, and yet it controls their descendants.

But we refuse to call it propaganda. That would imply we could not enjoy it, and then… and then, what would we have left? Only a world suddenly naked, its inner wasteland and suicidal growth revealed, and then we’d have to struggle with that moral reality.

Better to anesthetize the brain, for only pennies on the dollar.

The Prole Wars: the closing | Feminism