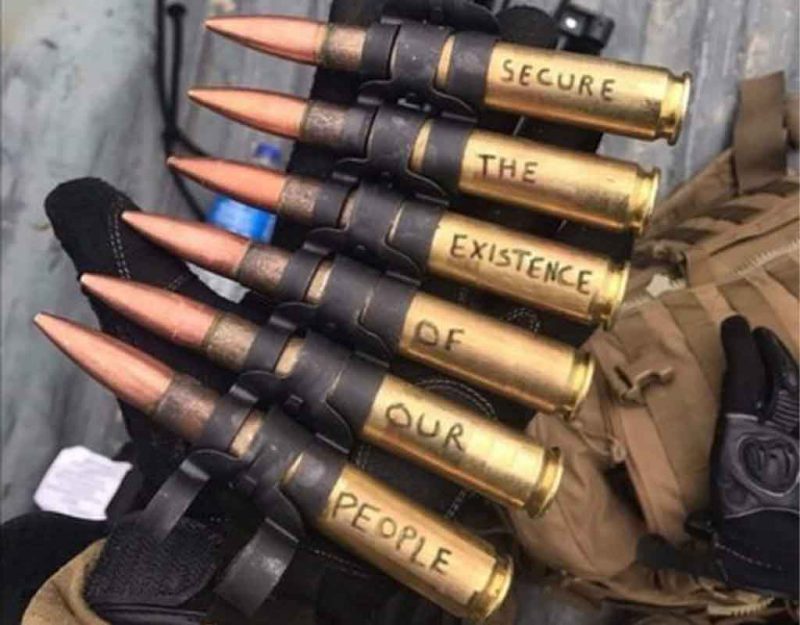 Welcome to The Year of Quota Zero. This is what happens when a declining civilization practices predatory inclusion. The Visigoth Holiday of liberalism runs out of brewski, and everyone in the hoard wants to grab what they were promised. Senator Hirono and Senator Duckworth feel their racket going bust-out and want to grab theirs.

Senators Mazie Hirono (D-Hawaii) and Tammy Duckworth (D-IL) said earlier this week that they’d refuse to vote for any of President Joe Biden’s nominees who aren’t racial minorities after going public with their anger that the cabinet lacks Asian Americans. The Senators added that they would only vote for a white nominee if the nominee is LGBTQ. White and straight is a no-go.

If !RACISM! is bad, the impeachment hearings for each of these Senators need to start tomorrow. They won’t. Each has been screwed into their sinecure until they are pulled out by their feet. They will be removed from office and discarded like dead lightbulbs. Their respective political machines will then screw in new lackeys. But before they do, things are getting shaky. !RACISM! and The Spirit of Mordor it entails; are what keep liberals liberal and on the liberal plantation.

You will note that cisgender whites were the only potential candidates under threat here. There was a liberal omerta to keep and neither senator wants join Luca Brassi in sleeping with the fishes. So there were certain equivalence classes that President Biden has their express written permission to peruse resumes from.

“This is not about pitting one diversity group against another. So I’m happy to vote for a Hispanic, a Black person, an LGBTQ person, an AAPI person. I’d just like to see more diversity representation,” Hirono said.

“I am a ‘no’ vote, on the floor, on all non-diversity nominees. … I will vote for racial minorities and LGBTQ but anybody else, I’m not voting for,” Duckworth said. Got that? “Anybody else” is not getting her vote. Per Tammy Duckworth, race and sexual orientation could soon decide your political future.

The Latinexes, the Trannies, the Knee-Grows are all getting paid. Hirono and Duckworth want theirs too. They could be patient and wait. If this was still 90% White Amerika, then there would be lots of swag left to put in each woman’s bag. But Amerika isn’t like that anymore. There are fewer producers and many more moochers. That swag pile is shrinking every year. And it’s all being purchased on a Visa Card that will one day melt from being run through the Credit-Card Zamboni too many times.

Meanwhile, in the background, Joe Biden has thrown the borders open wide. He is bringing in others faster than Duckworth and Hirono’s faction can grow. Their power and their leverage will decline regardless of which side of The Uniparty claims The Lion’s Share of the haunches. The Asian outfit of !RACISM! Inc., grabs its swag now or it doesn’t get any swag.

This is the point where Leftyborg reminds me of an old line from the De Niro movie Ronin: “Every man’s your brother ’til the rent comes due.” That rent is getting in arears. This is making the interparty harmony get a bit jerky.

The Maslovian Hierarchy becomes a really tall pyramid. The ants working for Team Lefty can’t even see the upper levels. Forget about climbing up there. Forget about postponed gratification when you begin to wonder whether tomorrow is about to be canceled. Everyone is fighting for a limited number of spaces on the lifeboats.

Cancel Culture is not idealism. It’s nature with red fangs and carnal claws. When Sarah “Quickie Aborsh” Silverman, Bill Maher, and Gov. Cuomo decry Cancel Culture, it’s because Cancel Culture has eaten those other White People for breakfast. It has now crapped them out before lunch. It is hungry again, and about to eat a different subset of the population. Jews, urban ethnics and Asians have swag. The rest of the liberal hordes do not.

Duckworth and Hirono are like Bill Maher. They’ve gotten a clue. They’ve seen the other grist get run through the mill. They’ve seen the demand schedule for future handouts. They know where that raw material has to come from to power the subsidy machine. They desperately wield power while they have it. They fight the power before they get turned into the fuel that gets burned to provide that power.

Let the 10-Year UST hit a coupon rate of 3%. Let the the CPI-U hit 3%. Let the Democratic Party representation in either house of Congress drop by 3% and Hirono and Duckworth will learn what real !RACISM! feels like. They will be in the same situation Kim Jong Il would be in if he ever shot both of his nuclear missiles. That’s the joy of inclusion. You only get included until you have nothing left to threaten your fellow diverse victims with.