Into the Mirror: The Life of Master Spy Robert P. Hanssen by Lawrence Schiller

Into the Mirror: The Life of Master Spy Robert P. Hanssen
by Lawrence Schiller
317 Pages, HarperCollins, $10 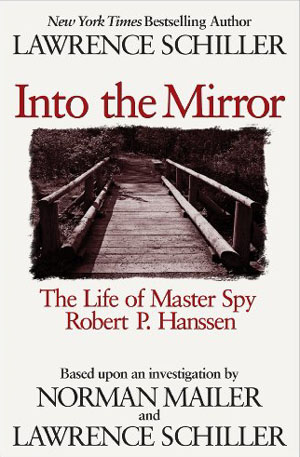 Useful idiots are sometimes not idiots. Often, they are talented people who become bitter and because of an unwillingness to reason through the picture beyond themselves, they end up making horrible decisions that in retrospect they would see as horribly stupid.

One such case is that of Robert P. Hanssen. The product of a sadistic father, “Bob” was talented and reasonably ambitious, but also strongly conservative and involved with the Catholic group Opus Dei. However, he also had a great deal of anger toward the world.

Feeling that his skills were not being utilized, and that the FBI was wasting his time by promoting lazy and unambitious people instead of proactively solving problems, Hanssen turned in disgust to the exact opposite of his day job as a counterintelligence specialist: he began passing information to the Soviets.

Over 6,000 pages and 27 diskettes were transmitted from Hanssen to first the GRU, next the KGB, and finally after the Soviet fall, the FSB. He blew the cover of at least four double agents working for Western intelligence within the Soviet Union and three were executed. He also compromised a number of counter-intelligence missions.

“Are you trying to tell me,” said the agent, “that you’re not pissed off?”

Jack said, “I think Bob must be crazy.”

When he was finally caught, he expressed amazement that it had taken so long. He had been saved by two factors: first, his leak was hidden behind the bigger leak of Aldrich Ames at the CIA, and second, his own tradecraft was better than that the KGB normally employed and made him harder to identify.

Eventually the FBI did identify a second mole within their ranks, and after devastating the career and life of another (non-guilty) agent, they finally bribed a former Soviet intelligence worker to sell them the file on “Ramon Garcia,” Hanssen’s nom-de-plume, which included Hanssen’s fingerprints and a recording of his voice.

Hanssen was sentenced to 15 consecutive life terms and now awaits his 70s in a jail he will never escape: the massive Supermax prison which houses America’s worst offenders. Many are still stunned that Hanssen turned on the country he loved so dearly for a fraction of the cost he incurred upon the nation.

How is it that a patriotic, conservative, Christian American decided to sell his country out to the enemy? The money helped, since Hanssen couldn’t control his own finances. But on a more fundamental level, he was motivated by a personal rage at the society that spawned him.

Much like today’s White Nationalists, Robert Hanssen felt like he had answers that other people were too stupid and scared to see. Drugged on this elitism, he eventually came to see the entire country as unworthy of support and needing to be checked by a foreign power before the United States could become abusive.

Also like White Nationalists, Hanssen effectively sat out any chances he had to make changes within the system. It was easier to withdraw and snipe from the sidelines than it was to become fully enmeshed in fighting to alter the stupid and resurrect the wise. Or maybe it could not be done.

Lawrence Schiller’s dramatic retelling, which the cover text tells us is “Based upon an investigation by Norman Mailer and Lawrence Schiller,” both succeeds and fails in revealing this man.

The biggest problem of this book is that in attempting to make a dramatization, the authors have projected a story of their own invention which has Hanssen speaking to mirrors throughout the book and allowing the megalomania of self-worship to sustain him. While metaphorically correct, the result is ludicrous and contorts the rest of the story, which becomes lead-up to each revelation in the mirror.

The dramatization also attempts to find complex psychological reasons for Hanssen’s bizarre behavior, which requires inventing details the authors admit they do not know. After all, Hanssen himself refuses to say, in most cases, and so the case is pieced back together like a Lifetime Movie Network (LMN) feature.

Unfortunately this distracts from the actual truth, which is simple and comes in two parts. First, Hanssen was a fellow with serious underlying mental health issues brought on by his raging abusive father and doormat of a mother. Second, like White Nationalists, he became resentful and retaliated rather than fixing problems.

“You have to learn to suffer fools in high places,” Shepherd said.

“No! Stupidity is a choice. Deep down, people choose to be stupid because it gives them power over other people — the power to slow up people who are brighter than themselves. How dare these guys occupy high offices if they aren’t obsessed with being good enough to fulfill their tasks?” (99)

The book is dramatized in part to give it more weight because the truth is so alarmingly simple. Hannah Arendt writes about the “banality of evil,” but we might do better with Immanuel Kant, who posited that evil is not exceptional but everyday and consists of mundane decisions in which we follow the crowd and do not second-guess.

Hanssen’s story would not be interesting at all in a different setting where men were not shot at dawn for his revelations. Imagine a loyal worker at a large firm who becomes bitter and in revenge, sabotages his employer. That’s the mentality that Hanssen, all liberals, all White Nationalists, and most turncoats exhibit.

It’s a universal human failing. The foundation of it may have been Hanssen’s lingering insecurity and pathologies arising from his father’s twisted treatment of him, but the emotion itself was as everyday as any other human failing. Just another ego which rose out of control in response to perceived injustice.

We should all guard against becoming like Robert “Bob” Hanssen, who ultimately betrayed everything he loved in what could be described as a prolonged thirty-year teenage suicide. However, it’s probably best done by reading a book that does not contort itself to wring drama from a straightforward tale.

Planning ahead is the opposite of justification | Empire Of Misery