Qualities substantially vary between people. These discrepencies, according to this report, are significant enough spell the difference between a great nation that is able to protect its interests and project its power if necessary, and a nation in decline bound for diminished influence and terminal insignificance if doesn’t end up conquered by someone stronger. 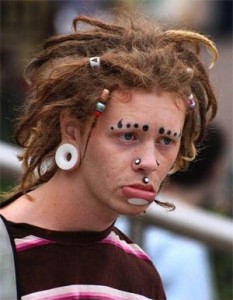 More than a third of American youth of military age are unfit for service, mainly because they are too fat or sickly, the Army Times reports, quoting the latest Pentagon figures.

Most of the rest are too dumb or have used too many drugs to qualify, the study shows.

The report says 35% of the 31 million Americans aged 17 to 24 are unqualified because of physical and medical issues.

Sixty years of commercial life replacing culture, a ban on “unfair” eugenics, tolerance, rampant mass consumerism, and constant foreign wars killing off our best young people for the purpose of spreading this way of life brought us to this point.