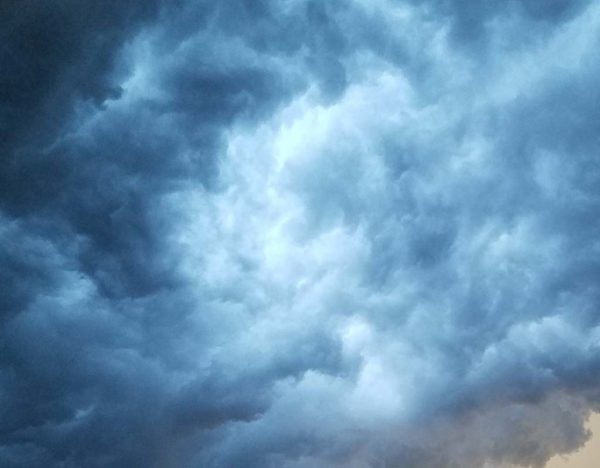 Anytime you can not speak of your accurate and realistic observations, you live in a controlled society. This means that your society is in the process of decline and has already collapsed, and is awaiting a coup de grace from some invading Vandals or Conquistadors.

We cannot speak of everyday truths at this time. Things we observe, if they contradict the going narrative, will end our careers, friendships, families and futures. And so, we self-censor, which is even worse than government censorship or the cabal censorship of large dot-com agencies.

That in itself tells us something. When accurate observations about reality are taboo, this means that civilization at that moment is based on something other than realism. This means that it has a secret to hide, and that this secret clashes with what it knows of the world around it. In other words, civilization is afraid of reality, because too much truth will point out what it is hiding.

In a roundabout way, this answers a question you may have had while sitting in history class, bored out of your mind and daydreaming as is the norm in school, all those years ago: what was it like to be in Rome or Greece before they fell? Did people know what was happening? How did it happen? What did it look like?

The answer now becomes abundantly clear. People in those societies simply went insane. It started with a few, and everyone else imitated them, and because they were afraid of sane people, they became pathological in their desire to exterminate sanity. Once that was done, everyone focused on illusions while their world crumbled around them, and if they woke up at all, it was too late.

In the centuries before the fall of Rome, bad behavior accelerated. People indulged in fetishes and excesses, became entirely individualistic and disregard tradition and sanity as a result, accepted corrupt business practices, and spent more time demonstrating their allegiance to the “right” ideas than on trying to counteract the problem.

They all went insane, for practical purposes, because they were imitating each other instead of paying attention to the road ahead.

We are seeing the same thing happen now. Our official dogma of egalitarianism cannot be questioned, and so there are many areas we cannot discuss. Those proliferate as we achieve more equality, because then we see more of the inequality of ability, and in the end, find ourselves vastly confused because ideology conflicts with reality.

Civilizations die because of behaviors which most humans find difficult to limit in themselves. What we think of as “sanity” is relative to the behavior around us; when people begin behaving in insane ways, we intensity the insanity while thinking ourselves sane.

Our morality and actions are referential and deferential to other humans which came before us. This is sometimes called “precedent,” but in reality, it is a trend, and like all trends it starts as an idea, and then other humans emulate it. This inward-looking tendency to a group obliterates any ability to see the whole picture, which requires seeing ourselves as a species struggling for sanity, with history as a record of what did and did not work, and how well those worked.

That measurement invokes concepts that are lost to most, such as scope, duration and quality. Scope means how deeply the effect goes, and other “dominoes” that fall when a concept takes over one area of society and then, in light of its “success,” is applied to others; duration considers for how long it succeeds, and then what the long-term effects are, which are often the opposite of those in the short-term, leading to an inversion because what once seemed good becomes awful; quality refers to how well it succeeds, meaning

We turn away from those complicated questions of the whole picture, and focus on a human-only perspective comprised of ourselves and others, in order to avoid looking at history, our existential needs and how humans as a biological species are subject to Darwinism both as a group and as individuals. The thought of being the victims of natural selection offends us because it means that we are at risk, and cannot survive simply by wanting to, but have to understand how our world works, and are graded on that by our success or failure.

As part of this great indulgence of fear and human wants, groups of people tend to agree on insanity because it makes it easier to endure the fear. The problem with this is that like any trend, this insanity gains momentum and quickly spirals out of control, culminating in reality-denial that subjects the group to the same events that it feared enough to make mention of them taboo.

For those who want to restore civilization, the only successful counter attack is pathological sanity, or a dogmatic insistence on a realistic outlook and discipline of the self to it, such that we are at lesser risk of a natural selection event and also, to beat back the human tendency to crave denial, projection and as a result, solipsism and insanity.

This change is feared by many people because if we implement any hard standard, it means that some will fall below that level and require ejection from civilization. However, if we follow the Darwinistic model, it makes sense that in every generation we will be ejecting people who have deleterious mutations, birth defects, or just general ineptitude that makes them weaker specimens. This, too, is sane.

On the other hand, the prevalence of this fear explains the power of the mental virus known as equality. The notion of equality appeals to the individual because it says that no one will face a loss of social status for being inept, and therefore, that people can feel “safe” from social threats, and that society will do its best to save them no matter what they do. It is an anti-Darwinistic notion.

When we see people cuck, or give in to the tendency to go along with the herd, we are witnessing the power of this fear. It seduces all but the strongest because they are mentally addicted to the vision of a world where they are safe from the consequences of their own actions. That is an illusion, and for that reason becomes insanity when it is portrayed as reality.

Pathological sanity retaliates against this by affirming that life is never safe and that all actions have consequences, and that us hiding those merely prolongs the disaster. In addition, it notes that it is impossible to escape loss of social status for doing something stupid, in that those above the individual on the Dunning-Kruger scale can and will notice the screwup.

The only means of adopting pathological sanity is to invert the fear, and point out that insane and inept people are a bigger threat than our fears for our personal safety. The real safety is found in competence; false safety is found in protection of the individual without regard to their actions and the results — including side effects — of those actions.

As civilization leaves the era of ideology, in which we constructed elaborate theories to justify conditions where the individual was made safe at the expense of the group, focus returns to the organic society. People will be more concerned with the health of the society around them and its future, and less about preserving those who, in the name of fear and safety, insist on equality despite its destructive effects.