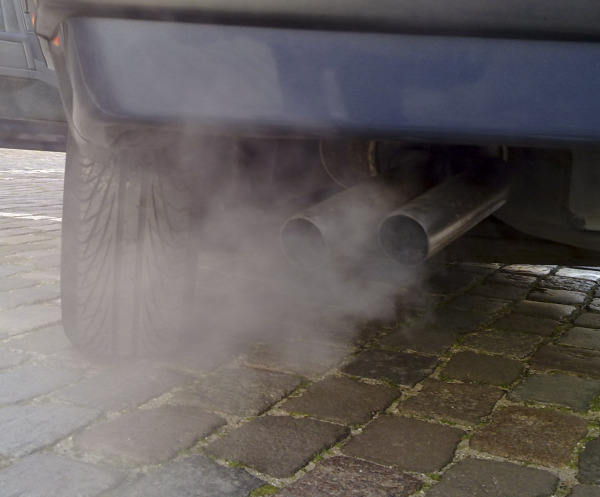 Everyone recognizes the gross violation when a guy is driving a car that bellows smoke like a mobile chimney. His car isn’t maintained and he knows it, but does nothing about it. His life is likely the same mess of moving wreckage everywhere he goes.

Politicians recognize the specific offense of pollution, as if it is unusual and isolated from a mindset and spirit, rather than the general problem of disorganization and its wider consequences. They then attempt to limit its harm by winnowing the population through mandated periodic emissions tests administered at the time of vehicle registration renewal.

Offenders aren’t even 1% of the population, but everyone else becomes engulfed in a dragnet of implied guilt that requires all to prove that even new and well maintained cars are innocent of pollution. This process involves going to a service station to pay a worker to inspect and approve the car, and then visiting a government office to wait among a large crowd to eventually pay for a sticker proving lack of violation. Everyone is required to waste hours of waiting in order to be legal, and then repeat this dreadful process every year or two.

Garages are pleased to have state mandated emission inspections. They are guaranteed a generous fee for a few minutes of work, and can open garages that run exclusively on the long lines of people who need to be certified as innocent of pollution. When run efficiently, a single garage bay can earn several hundred dollars an hour. The emission tests can be easily faked and their steps skipped to maximize the number of cars processed. If your car is in violation, you can pass with a small bribe.

Citizens just want to get through the exam. They see it as ludicrous and don’t care if the check is faked and skipped. They want to minimize the amount of their time wasted by government policies.

Garages want to take advantage of government policies that guarantee them customers and healthy margins. Individual garage employees see how the mandate annoys citizens and that bribes to speed the process and pass defective vehicles are a good way to earn a side income.

Governments don’t care about the practical costs of their policies or their lack of correspondence with stated purpose. They earn money from mandatory obedience, expand their breadth of authority, and can claim to have solved the problem despite it continuing to appear.

By not going after observed offenders and instead creating a thoughtless system mandating everyone prove compliance, government has created a gap so distant from reality that it was almost immediately filled by innovative bribe takers and resentful citizens, somewhat reducing the new imposition on their lives but utterly failing to solve the original problem.

So it is with democratic policies decided upon by diverse committees seeking popular appeal and not actual solutions. Those who had a hand in the law will use it to promote themselves in the next election as protectors of the people and the fragile earth.

They would be best remembered as big talking hucksters who promised to fix problems, weren’t sufficiently concerned or smart enough to figure them out, and instead left behind a maze of new obstacles and a cloud of smoke as the next snake oil salesman took the stage with a warm smile and an assortment of new offerings crafted for a credulous public.

What people misunderstand about liberalism | A Spy Among Friends: Kim Philby and the Great Betrayal by Ben Macintyre