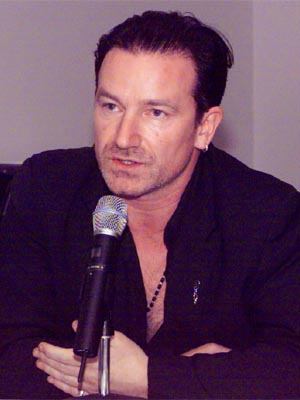 Globalism is a parasite. There are no victors and no losers; every person takes on the parasite and learns to live with its burden. Only the parasite comes out ahead, but a kind of pyrrhic self-destructive victory.

Mainly because the future of it — as with most fatal infections, cancers or out of control biological processes — is doom.

Globalism is formed of (a) liberalism that insists on near-anarchy for personal decisions and thus is at war with culture, religion, common sense and any standards in common and (b) what said liberalism produces, which is out-of-control consumer culture.

As conservatives, we support capitalism because we support natural forms like free markets; they are better than regulated markets, command economies and nations commanded by dogma. However, the counterpart to this is that society needs some kind of values system in common in order to keep honest capitalism from becoming consumerism, which is a pandering to the lowest common denominator audience.

When consumerism rages out of control, it turns economies impotent, which means that instead of generating actual value, they go on raiding parties to find cheap raw materials and labor to make consumer products with high margins.

And what does globalism look like? An ever-expanding shopping mall, fueled by resentment at the idea that anyone would want any kind of community standard or values in common. Anarchy + the entitled shopper.

The system is an utter mess, particularly since almost every country in the world is now seeking to manipulate its currency downwards in order to make exports cheaper and imports dearer. This is clearly not possible. […]

The break-up of the Bretton Woods system paved the way for the liberalisation of financial markets. This began in the 1970s and picked up speed in the 1980s. Exchange controls were lifted and formal restrictions on credit abandoned. Policymakers were left with only one blunt instrument to control the availability of credit: interest rates.

For a while in the late 1980s, the easy availability of money provided the illusion of wealth but there was a shift from a debt-averse world where financial crises were virtually unknown to a debt-sodden world constantly teetering on the brink of banking armageddon.

Currency markets lost their anchor in 1971 when the US suspended dollar convertibility. Over the years, financial markets have lost their moral anchor, engaging not just in reckless but fraudulent behaviour. According to the US economist James Galbraith, increased complexity was the cover for blatant and widespread wrongdoing. – The Guardian

This is part of it, but not all. In 1968 we abandoned conservatism for all practical purposes; the left stopped trying to fight the moderate right and started identifying all authority with the people who lost the last world war. It was a social strategy, not a political or military one, and it was devastatingly effective.

When you liberalize the rules of personal conduct, you cannot insist on rules of more substance for the economy — that just limits those same individuals. So you stop making the assumption that right ought to be done, and you turn “if it feels good, BUY it” into a market principle.

Now thanks to the liberalization that followed, our markets have expanded radically — but they are paper tigers based on false value. They need to constantly consume others or they become lost.

An anti-war Democrat warned Tuesday that the Obama administrationâ€™s foray into Libya sets the stage for a new era of â€œinternational gangsterism.â€

Rep. Dennis Kucinich (D-Ohio) said the five-month-old intervention â€” now being led by NATO â€” sets a dangerous precedent for unilateral attacks on sovereign nations. He said Western forces â€œillegallyâ€ picked favorites in Libyaâ€™s civil war, and he called on the International Criminal Court to investigate potential war crimes by military leaders on all sides of the conflict. – The Hill

Unlike the Iraq war, which had multiple objectives, this war seems to be about seizing oil and resources, as well as political control of Northern Africa.

It’s just too convenient. Like liberalism itself, our globalism consists of a feelgood uplifting pleasant public narrative (the people overthrow tyrants for freedom, peace and worldwide friendship) concealing an ugly private truth (the manipulative sociopaths who present themselves publicly as liberals are stealing everything they can).

Our media falls into it because it loves the story. Justice! Freedom! Revolution! Change! It’s all so exciting. And so time and again, we’re told about “wars to end all wars” and other liberal fictions.

Furthermore, while Iceland may seem like a symbol of sticking it to the financial institutions that brought about the financial collapse, the people really havenâ€™t escaped the burden. To quote respected political commentator Egill Helgason in an article that will print in The Grapevine on Friday: â€œAccording to an OECD report Iceland has put more money into its failed financial institutions than any other country except Ireland. So in this way Iceland is not a modelâ€”the people in Spain need not wave Icelandic flags.â€

To the contrary of the message put forth in this article, â€œIcelandâ€™s On-going Revolution,â€ and the notion that Iceland was able to resist the shock doctrine, he says: â€œThe political debate in Iceland has gotten horribly stale and repetitive. In some places Iceland is held up as being a model of how to survive an economic crisis and rebuild society. For most Icelanders this seems totally wrong. Some politicians, including our President, like to flaunt this view when they go abroad, but this is definitely not the feeling in Iceland.â€ – Grapevine

This article is interesting because it points out how liberal darling Naomi Klein didn’t bother to research her article, but constructed a glowing emotional narrative from convenient half-truths and distant appearances.

However, it also shows us another facet of the globalism expansion: it doesn’t work through storm troopers with machine guns. It works by creating false enemies (the Banksters) and then creating false solutions (revolutions, defaults, etc).

As a result, we the media sheep of the new world order are caught out here with our pants down, trying to decide which lie to follow. The good news — for globalism — is that it doesn’t matter which we pick; both lead to the same end result.