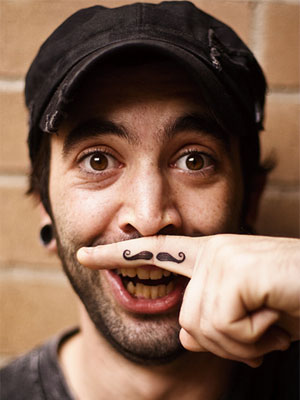 Western governments are paralyzed by popularity. The 50% or more of our budgets that involve payouts to our citizens are addictingly popular. People simply love these freebies.

As a result, our society — which long ago made the choice to become pluralistic, eliminating all values except commerce, in the name of equality — is led around by the nose by essentially bratty human behavior.

The brat wants what she wants, when she wants it, and if she doesn’t get it, she’ll throw a tantrum. She does not care about the consequences of (a) her actions or (b) people stopping what they’re doing to take care of her desires.

Parent lore has it that giving out gifts before making the child perform for them is a sure way to make brats. In fact, the best way to give gifts is based on a sense of your child’s overall performance. “You’ve done your homework all week, been nice to your sister, and kept your room clean.”

But giving rewards for certain good behaviors, otherwise known as bribes, or without requiring good behavior, both cause destructive problems. These correspond to government-created loopholes and our welfare state respectively.

However, it’s impossible to stop these programs in a democracy. They’re like a runaway train. Lower classes like them for the freebies, and upper classes support them from a sense of social status, or a kind of moral guilt imposed on them by others. If you want to be “nice,” support these.

As a result the modern government cannot back away from its freebies, even though they are the part of the budget we have lived and can live without. Our military budgets are actually lower than they have been in the past, and our operating expenses while high are nothing compared to entitlement programs.

Our countries are paralyzed. There is no incentive to fix these programs. The first person who does stop the hemorrhaging will immediately be turned upon by an angry crowd who will accuse them of every vile sin in the book.

Never mind that the money isn’t there — and in fact, it was never there, except through the magic of debt we pretend we don’t have to repay — because these programs are illusory. Like running farms on acoustic guitar tracks instead of money, sweat, labor and time. It’s mathematically inviable.

We have structured countries that through democracy, equality and subsidized enfranchisement seem designed to work by uniting the inner brat in our population. The result is a lowest common denominator of human thinking. The Dunning-Kruger effect obliterates the ability to plan for the future.

Slowly we are learning that the problem is inherent to universal democracy (one man, one equal vote, even if the man is unequal to the task). Humanity cannot be trusted when asked about what it thinks it wants or desires. What you get is the monkey within and its illogical demands.

If we wanted to save ourselves, we would turn to an unpopular but functional principle called “leadership.” Like eating your broccoli before dessert, this is a time-proven way of finding the right answer, not just the one that pleases the crowd.

Mishima: A Vision of the Void by Marguerite Yourcenar | Infantilizer