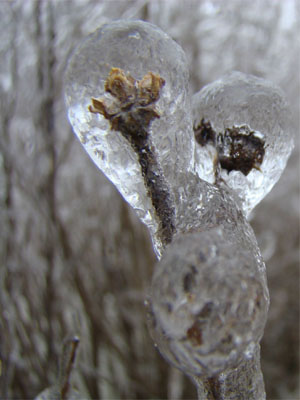 We are fond of thinking of Natural Selection as a time long, long ago on a planet far, far away. We will acknowledge it as our origin, and then change the topic.

The reason for this is that Darwinism is a binary state. Either it existed then only, or it exists now and much as then, which crashes directly into our own mortality and sense of self insufficiency at the same time. We could become prey and our failure would be visible to the world.

That being said, it’s clear that natural selection exists around us still. It does not magically select the best, only those who breed the most abundantly in whatever environment is offered. If you created a society that rewarded obesity, you would create a tribe of ueber-lards.

Despite all of the finery we put on, justifications we type out on paper, and social finesse we apply to our interactions, we are still basically at war with one another. This is a war for basic supremacy: am I better than this other guy?

This clambering for supremacy takes two forms: first, being better at stuff than other people; second, pushing those other people down “by any means necessary” so you can take their place. It is in that latter arena where society, by suspending the meritocracy of nature, in fact makes us meaner.

If you wonder why wherever you go, you see people misleading, belittling and sabotaging one another, now you know why. It is the animal within attempting to reach supremacy over the other, in an impulse to breed and conquer that is as ingrained in us as whatever makes dogs chase their own tails.

The truest triumph comes from using social pressures to destroy others. The primary method of this is infantilization, which takes many forms but is essentially a process of teaching others learned helplesness, shattering their self-esteem, and then leading them toward repetitive tasks. In other words, making them babies again, dependent on your leadership and friendship just to survive.

Infantilizers come in all form. For some unlucky people, it’s the parents. They never want their kids to truly be able to assess their own directions in life, so they beat on the self-confidence of their own children. Abusive bosses and sadistic significant others do the same thing.

Some pretend to be friends and are later revealed as “frenemies,” that modern portmanteau that reflects how unstable this time is. How can it not be unstable? Once you make everyone equal, all that is left to do is rise — or be dragged down under the weight of many equals.

In politics, the infantilizers delight in putting you on welfare programs, “educating” you as to why certain words or ideas are wrong, or simply forcing you to submit to so many crazy and illogical rules, conventions and customs that you break down.

All of politics can be viewed as a tool of individuals to infantalize others. It’s clear from the disconnect between beliefs and action that most people do not intend to live as they preach we should all live. They are inventing mental viruses, or memes, to infantilize the rest of us.

This infantalization occurs through two methods. First, they fill our heads with paradoxical, illogical and unrealistic notions about what is “right” and “true” and “moral.” Then they trump all of those with some Superman-meets-Jesus plan for ultimate self-sacrifice and moral good intentions toward others. This makes the rest of us look stupid, selfish and clueless. That is what the infantilizer wanted: to rise above socially by pushing everyone else downward.

Significant evidence has accumulated that individuals use politics as a kind of marketing, like flowers use nectar and stores use free samples. When we pontificate on a political opinion, we are offering up pleasant visions that make other people feel warm and happy, so they become addicted to us.

The result is that our society tosses around untold reams of paper and hours of argument, but the topic itself is vapor. It’s not even meant to be honest or true at all. This is why conservatives don’t favor politics as it is, but the idea of time-tested solutions to real-world problems.

But in the meantime the deception continues. Like hypnotized zombies we follow the pleasant voices and ignore the consequences of doing what they tell us to do. We have spent so many years fighting against the evils out there, but will we ever conquer the narcissist within?

Paralyzed | Whose Bitch Are You?