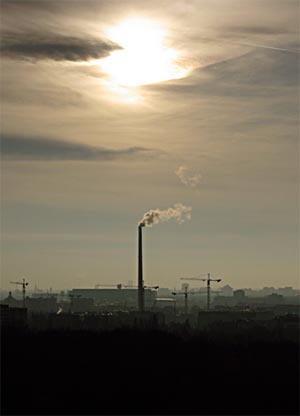 In older societies, a clear hierarchy prevailed that determined who discussed politics. Our society has no such limitations, so that any person feels free to fling their opinion into the ring regardless of their knowledge of critical thinking.

One consequence of this is a form of trickle-down logic: we have many people emulating those who know more than they. This is a problem because someone who knows little is least qualified to judge the person who knows more.

The result is the blind leading the blind, with a vast field of useful idiots chanting their favorite opinions and shouting down those who disagree.

One of their favorite rants is that left and right are illusions, government is a sham and that really, we’re surging into a future where corporations control everything and we serve them. This conspiracy thinking is ludicrous as anti-Jewish (ZOG), anti-Mason, anti-White and anti-wealth conspiracies, but because it’s popular, no one says this.

Fast-forward to Scott Walker today. Representing a new breed apart from Wisconsin’s earlier Republicans, he is seeking to re-open the asset-grabbing Gilded Age style. A plague of rent-seekers is seeking quick gains by privatising the public sector and erecting tollbooths to charge access fees to roads, power plants and other basic infrastructure.

Economics textbooks, along with Fox News and shout radio commentators, spread the myth that fortunes are gained productively by investing in capital equipment and employing labour to produce goods and services that people want to buy. This may be how economies prosper, but it is not how fortunes are most easily made. One need only to turn to the 19th-century novelists such as Balzac to be reminded that behind every family fortune lies a great theft, often long-forgotten or even undiscovered. – The Guardian

Like most popular rants, it is a clever but not intelligent subterfuge. Its goal is to distract from the actual truth: humanity is under assault by its reckless growth and production of too many stupid, incompetent, lazy, criminal and corrupt people. We are not oppressed. We are the oppressor — of ourselves.

Obviously, people who cannot tell the difference between good behavior and bad behavior, or who don’t care to find out, are a big problem. If you have enough of them, enough bad things will happen that innocent people will demand some form of powerful law enforcement.

In the Wisconsin labor dispute, now increasingly spreading nationwide, I have lost count of the times union defenders have justified their position based on little more than the assertion that some union benefitted them or some member of their family â€” followed by the conclusion that all Americans must therefore gain. Unfortunately, that “logic” is invalid. A policy that gives me more does not mean the result is better for us. And the primary effect of unions and union-backed policies is to harm the vast majority of Americans.

Unions succeed by leveraging special government-granted powers to eliminate competition from other workers who are willing to do the same work for less. (This is a form of collusion that would be legally prosecuted if done by anyone else.) – Ludwig von Mises Institute

In this we see backward thinking: what is good for me, is good.

As a result, instead of trying to figure out what would be most productive and healthy for a nation, they use a convenient mental shorthand to think of what is good for them, and extrapolate that (randomly) to the nation as a whole.

Why? Because it looks that way. When the nation does well, they do well. So they write that backward and insist that if they are doing well, the nation must also be doing well. Even though this defies all logic.

It’s more accurate to say they don’t care what is good and what is bad, only what is convenient for them. Normally, we call this selfishness, but in our pluralistic age, that may be a New Age religion, gender choice, lifestyle choice or political view, so we can’t be publicly critical of it.

This sort of backward thinking also has us blaming corporations. Instead of looking to see the cause of our misfortune, we find it convenient to blame the means by which it appears to us — large corporations, governments, kings or organized religion. Find someone in power and blame them if anything goes wrong.

From a more sensible viewpoint, we can see the causal relationship is reversed. Corporations do not act as they do from some sinister occult agenda. Rather, they respond to what the buyers want, and what the economic and social climate will allow them to do.

Corporate behavior does not exist in a vacuum. If you have an opportunity to make your products or services cheaper or more profitable, and you don’t take it, someone else will, and thus you will perish. As a result, you cannot ignore cheaper wages in India, or the possibility that a well-placed $10,000 donation will change a pesky law. If you ignore those potential value-adders, you’re leaving yourself open to attack.

And the consumers don’t care. In the store, the price on the shelf (and the value of the brand, which sometimes is a force multiplier, as in Mercedes-Benz or Macintosh) determines who wins. The consumer does not stop to read a dissertation on ethics. They pick Widget A or Widget B based on price.

The corporation that does not slash costs and buy politicians loses out to the one that will, and if lawyers and cops intervene, it’s after the fact — the money will already have been made. The corporations are not the problem.

What could be the problem is the empire of the lowest common denominator. The lowest price or the trendiest gadget determines who wins out in the corporate world because the number of people liking something determines its success. This is true democracy: voting with our feet.

People find that thought terrifying. This means that instead of a simple world, where we must defeat the evil Darth Satan-Hitler corporations and then go be happy Ewoks in the fields, we face a more complex world. The design of our society, or rather the lack thereof and the lack of values created, causes corporations to be what they are. We create corporations, and our thoughtlessness makes them powerful.

Why do corporations game the system? Because we instruct them to, by our practice of buying the lowest cost widget or the highest trend gadget. We don’t care about anything else. Sure, we make a big show of it when it comes time to vote for government regulation, but that’s not caring. That’s putting a band-aid on the situation. We all know how inefficient, slumbering and oblivious bureaucracies are. We don’t expect them to succeed.

In the meantime, by insisting on The Great Corporate Conspiracy as our mental model for our society, we screw up in several crucial ways:

Are corporations ever bad? Certainly — when the will of the people which they represent is bad. In our society now, we’ve thrown out the idea of a central transcendental ideal (religion), a central values system and intangible rewards structure (culture), a common set of activities and challenges (customs) and even a similar way of viewing the world and finding our goals within it (philosophy).

We have replaced a whole civilization with one that is basically an open-air marketplace. To get outraged when people or corporations game that system is a little bit silly, because we no longer have values and behaviors in common. The only yardstick is whether what you are doing is legal or not, and that includes working to change the law so your formerly illegal acts are OK.

If you want to know why people so fanatically want to blame corporations, this is it: they don’t want to blame themselves, because by demanding a civilization without leaders or standards, they have created a soulless marketplace that rewards soulless behavior. To reverse that, you can’t beat on corporations; you have to restructure civilization so that it’s whole again.