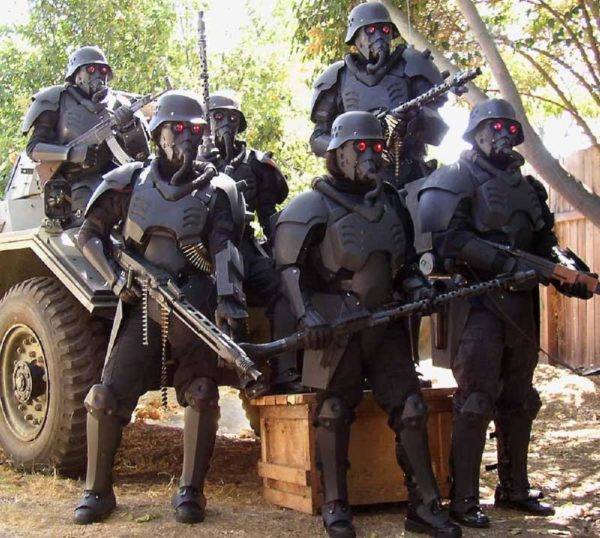 The shocking violence observed during the Unite The Right protest at Charlottesville caused a devastating self-critique by the Right under a chorus of Leftist applause. What made this such a divisive event was the violence, which cause the optics of the protest to go off-script, and provided the Left with a point of entry for an attack on the Alt Right.

Violence is part of my environment (in Africa) and so its appearance is just another day. But for those who intentionally worked hard at differentiating Unite The Right as non-violent, it was devastating, while the â€œotherâ€ literally enjoyed it. Police and Leftist counter-protesters worked together to sabotage the demonstration and incite violence.

These strong variations in opinion allowed for calls by National Security Adviser H.R. McMaster to call for the Alt Right to be classified as domestic terrorists by President Trump. There appears to be a serious chasm in communication between rightists and leftists that masks the Leftist narrative and this is compounded by a similar chasm between general protestors and their elected or appointed officials thousands of miles away.

Human history is full of non-violent protests, passive resistance and non-aggression pacts. This advances the narrative trope that moderates are peaceful while extremists are violent. But the fact of the matter is that violence is a moral affair. In reality, most violence arises from moral action, which shows that what we are dealing with here is different moral systems on the Right and Left.

Clearly the Left are active on a world-wide scale with aggression and violence; for example, South African communists have caused the country to be dubbed the “Protest Capital of the World”. We should also not forget that American armies under liberal guidance and in service to globalism have been killing people in at least seven countries.

All of these protests, wars and drone attacks have been justified with moral reasons. The counter-protest in Charlottesville did not need a permit because the Left was perceived to have enough moral justification not just to engage the original protestors, but to motivate and plan aggressive acts of urine catapults, violent assault and spraying down the Alt Right with mace. Government and media agree that Antifa holds the moral high ground because, as Leftists, they are “moderates” in the view that the Left wants to promote.

The Charlottesville counter-protest did not need an objective, it simply needed a signal to release an insane hatred on whoever was there, right-wing or otherwise. This is how herd dynamics work: one person signals, and the crowd rushes forward to smash whoever is indicated as an enemy of the ideals of the group, much like a gang or cult attacking with insect consensus.

Non-aggression will not work because competitive altruism has people trying to be more moral than one another, which means that anyone who acts out what is known as “moral” — in this time, Leftism — will be perceived as the moderate party, while anyone who dissents is viewed as the aggressor, even when defending themselves.

In future protest actions, the Alt Right will have to profess a willingness to be violent because the other side will be bringing violence. By doing so, we will assert a contrary morality and reject the morality that prioritizes Leftism. By stating our willingness to defend ourselves, we are saying that we have the moral high ground, and the others are wrong, therefore we are attacking their presumption of the moral high ground entirely.

The moral motivation for such a restoration of violence is that we are facing an abounding hatred and pervasive insanity permeating our first world society and wholly directed at the Right. Their morality is based in the individual. We need to target that violence and use it to replace traditional enemies like Communists or Nazis, and instead to demand that we as a society mobilize with organizational violence against those who are causing these disruptions. Their violence is personal; ours is in defense of order and our long-term future.

A world boxing champion always gets a chance to defend himself against the next contender, despite suffering temporary injury. Charlottesville has made it clear that even our non-aggressive protests will end in violence. While we do not seek violence, we must avoid non-aggression, because the violence has found us and will continue to do so until we win.

The Heavy, Middle and Tail of the Alt Right | Automotive Jihad and the Relentless Agenda of the Left