Organic Versus Individualist Views Of Civilization 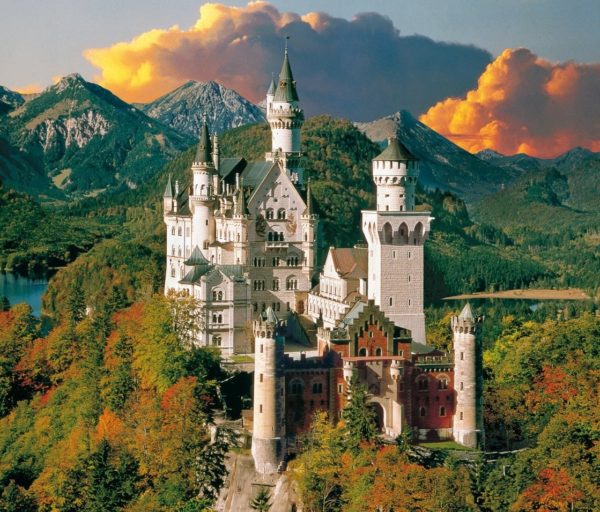 In a traditional society, the aristocrats take care of three functions: leadership in war, leading cultural events, and interpreting religion. These are the foundation of a healthy society.

They do not take on the functions of government. Government tries to protect everyone from themselves, which shows us the flaws of both government and consumerism: it needs any 25% of the population to endorse it to win, and it does not care who they are, only for the numbers. Thus it always displaces a more discerning audience for a less scrupulous one.

Looking at this mechanism, we can see that government is parasitic to the whole of society because it emphasizes saving individuals who are perhaps not fit to be part of it, at the expense of the standards, quality and purpose of the whole. This is the nature of individualistic government: protect the individual no matter who they are, and by extension, damage the organic whole which suffers for having lesser individuals survive.

The idea of individualism is that society stops being concerned about the whole — including tradition, the past, the future, values and philosophy — and focuses on saving every individual from whatever terrors or doom awaits them. Organicism is the opposite idea, holding that society should save itself as if it were an organism, focusing on the health of the whole in which individuals are but cells.

Democracy attempts to be individualistic.

Our modern viewpoint skews entirely toward the individualistic because the motivation behind equality and humanism is the protection of the individual. It represents the lone person, terrified of being insufficient, joining with others around the credo that there should no longer be external standards, so that everyone is included… exclusively so that the terrified individual is automatically included and safe from fear.

Organicism recognizes that for the civilization as a whole to thrive, Darwinism and moral Darwinism must exist, promoting the best above the rest. This is not some simplistic “kill the weak” calculus, although it would not oppose such a crude but effective model. Instead, it demands that we see society as a body and demote the individual to its place as one of many unequal forces working toward that end, like different species in an ecosystem.

To see society as a body requires giving up the pretense that the individual means anything without context. That is: the individual is only significant where serving a role in the world, and has no significance when limited to the self alone. This denies all of our fantasies of power and control over our world, but gives us something better, namely a chance for meaning.

And yet, with meaning, we have something to lose, so like the teenage girl breaking up with her boyfriend because she fears to lose him, we cast aside all meaning and embrace the meaningless because it makes us feel powerful. With having given up anything external, we can focus on ourselves and follow along with the world as conformists, dedicating none of our mind to it.

Like a symbolic victory, it makes us the most important thing in the world, and yet makes that victory empty. In fact, over time it becomes apparent as a defeat disguised as victory. And where does that leave us? As cells in a vast body, having betrayed it, hoping now that its death will not be ours as well.

Facebook (And All Social Media) Must Die | Patrick Bertlein Reviews Nihilism: A Philosophy Based In Nothingness And Eternity at Heathen Harvest