by Jonathan Peter Wilkinson on September 5, 2020 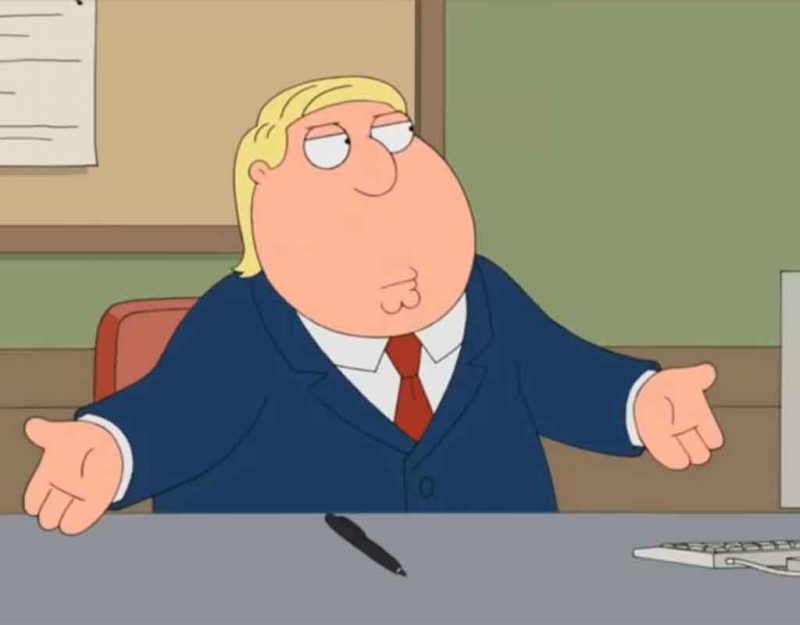 Imagine the following. Whoever winds up winning Election 2020 wakes up angry one cold, sleeting January morning in 2021. The Antifa Lives Matter and Covid-Karen whack-jobs have stretched their 15 minutes of fame into triple overtime and both remain locust plagues on our nation’s commonweal. Enough is more than enough, and it’s now time to sack the bats. Let’s assume some particularly hateful incident of callous and larcenous murder has been perpetrated in Portland, OR, and The New York Times !DEMANDS! action from President Truden.

“You want some, git some!” Announces the President in a remarkably high-dudgeon. Friends, Romans and Countrymen, I now give you Operation Portlandia.

Maybe Trump uses federal forces, like the 82nd Airborne Division’s ready brigade. Now they have to fly from Ft. Bragg, North Carolina, to Portland. Can they land at the airport? Remember, it’s a non-permissive environment. Will the Democrat regime refuse to allow them to land, or if they do land, refuse to service the planes? I guess we need to send in an Air Force airbase unit to run things. That’s more troops. And how are we supporting this rapidly expanding force package? Will local contractors serve the military, or be too intimidated to work with the military (they will still be in Portland long after the Army goes home). I guess we could bring in a support brigade. We’re over 10,000 troops now.

So President Bidump slams down El Ochenta y Dos Paragrenista and then triumphantly yells “Uno!” in response to a question from CNN. Given that the electile dysfunction isn’t until 2024, this isn’t business; it’s personal. The POTUS now wants to hit Antifa Lives Matter where they live and eat Riot Ribs. The self-propelled artillery starts dropping White Phosphorus all over the Antifa War Camps in Portland. The problems then get more serious with each increasingly accurate call for fire.

The Chinese, Russians, and Lord knows who else want to know why their nationals keep going missing in The Northwest United States. It gets worse when bodies start being identified by US military personnel. The doctrine and battle planning found in the smoking ruins is far beyond anything taken off of a domestic insurgency since one of General Lee’s couriers dropped a set of special orders near Antietam Creek. And Tucker Carlson wastes no time in making sure that at least 20% of the viewing public is duly informed that such is the case. Antifa Lives Matter is no longer the only group of armed and angry Amerikans marching the streets.

Major corporations peruse their balance sheets both monetary and ideological. Large numbers of Amerikans from every walk of life get remarkable career change opportunities that they had never requested or prepared for. Corporate entities enforce social justice with a sharpened blade going snicker-mcsnap. The winter months seem to grow colder as more and more Amerikans ponder life on the streets.

Maybe some of these corporations are embedded in The Pentagon and disapprove of President Truden’s fateful decision. Antifa Lives Matter now has all the battlefield iintelligence that Faceberg, Google, Oracle, Raytheon, or Twitter can throw its way. Malware proliferates throughout C3I Systems that Operation Portlandia requires as mission critical. Amerikan soldiers start to die as Tech Corporations from Silicon Valley begin to lie. Rumors of this perfidy reach the traders making markets on The DJIA, NASDAQ, and S&P 500. President Bidump expresses sincere condolences with regards to that 401K Mr. Smith.

At some point the political chickens come home to roost. Vice President Parris is rumored to be in conference with nameless key legislators and cabinet officials concerning certain paragraphs of the Posse Comitatis Act and/or the 25th Amendment. Citizens of Portland and surrounding suburbs have been prevented from leaving because of the Cordon Sanitaire that went down upon invocation of The Insurrection Act. They don’t all enjoy three square meals, regular electricity, or completely functional sanitation anymore.
The UN seems eager to resolve this humanitarian nightmare. They can send aid and lots of peacekeepers from Ethiopia, Iran, and The Congo. They want a certain level of operational control over a large swath of Oregon and would just hate to have to act without US permission in order to get it. The Russian, Chinese, and German UN Delegations all promise this can be resolved in a totally peaceful manner – assuming supine US cooperation.

Now Operation Portlandia does not necessarily have to wind The Doomsday Clock over to The Witching Hour. A federalized USNG Battalion can defend key infrastructure while an extra Stryker Bdegade does doughnuts on the Antifa Lives Matter war camp. Dead Russians, Chinese, and members of ISIS found amongst the deceased maggot folk can be rigorously disavowed by both their homelands, and all of their paid lackeys in the US media.

Maybe, just maybe, US Corporate CEOs decide to step off the Social Justice Death Accelerator and to dutifully honor military contracts even if Chinese factories make their low-end consumer non-durables. Media companies could even form a gentlemen’s alliance to not report the news in an inflammatory or ideologically bellicose manner with regards to the tragic events in Portland.
So just maybe, Operation Portlandia isn’t a sleazy and violent fustercluck. Just maybe. Maybe instead; Operation Portlandia could end up being good, wholesome, Lefty-bashing entertainment with neat explosions as an added bonus. But maybe not, so why do it? Whose list of problems actually get solved? Does it help America or Amerika?

In this light, Operation Portlandia reminds me of gun control. It’s proposed to solve a problem, but not the one that is mentioned as a justification. Strict Gun Control Laws, promising to stave off Drunk, Old Uncle Fester; are actually The Urban Left’s desperate effort at Knee-Grow Control. Planned Parenthood may well cancel Margaret Sanger, but they; also, are a Leftist take on Anti-Black eugenics.

I’m thinking something similar is happening when Amerikan Menchiviks develop a heretofore undetectable fondness of law and order. The whack-job Antifa Lives Matter Left is becoming the more gradualist Left’s ideological version of The Urban Left’s Knee-Grow Problem. They can’t disown them openly, but they may not have too long before they are in line for the guillotine. Wouldn’t it be hyper-patriotic if President Donald J. Trump; and !ONLY! President Donald J. Trump, sent The 82nd Airborne into Portland, OR tomorrow?