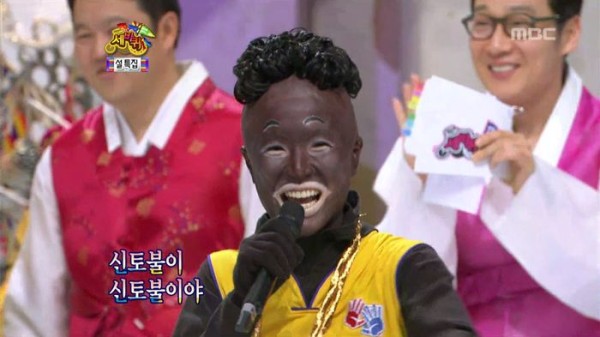 As conservatism comes to grip with the liberal takeover of the West, voices are starting to attack the sacred vanguard of all liberal/leftist politics, multiculturalism. An extension of egalitarianism, it functions by forcing conservatives to accept liberal rule out of fear of appearing racist by opposing it.

One of the more sedate voices, from the conservative sect known mostly for taking care of their lawns in lieu of uniting for political change, penned a critique of diversity based in its utility as a political weapon:

Modern diversity, like the ice-cream sign, has nothing to do with real diversity and everything to do with bludgeoning your foes into silence. It threatens all with having insulted fictional group caricatures, mimicking sensitivities that must be carefully cultivated or hardly exist, drawn by the intentionally blind merely as a tool for intimidation. It is crude and utterly illogical in its application, but how subtle does a pick-axe need to be?

My problem was that I entered the conversation midway, long after real diversity had been crowded offstage, after the word had been tortured into something else by the left-wing, and then objected to by a right-wing that never challenged the term. Diversity is now anything but diversity; it is part of Orwellâ€™s Newspeak, wherein â€œwar is peaceâ€ and â€œfreedom is slavery.â€ Diversity is uniformity, relentlessly made the same everywhere. It is the bed of Procrustes, Greek mythologyâ€™s daemon hotelier, who chopped off the legs of guests too long for his bed and stretched those too short. He should be the patron â€œsaintâ€ of all ideologies, for whom reality never fits expectations and so bloodshed ever ensues.

While the above is completely correct, it also fails to tell the full story. As usual, liberal individualism infests the conservative, which is why people avoid individualist conservative critiques because they tend to boil down to, well, keep your lawn tidy and go to work and church and everything will be fine. If only those pesky liberals would stop bothering us.

This misses the actual point, which — hold onto your hats — is better articulated by Ta-Nehisi Coates as revealed in an attack on his most recent book:

Though Coates resurrects the old themes of black beauty and black power, blacks appear in this book as little but victims. Black agency disappears. Coates conjures even black-on-black crime as nothing other than a construct and creation of The Man (or, as Coates has it, the â€œDreamersâ€):

â€œBlack on blackâ€ crime is jargon, violence to language, which vanishes the men who engineered the [restrictive property] covenants, who fixed the loans, who planned the projects, who built the streets and sold red ink by the barrel. And this should not surprise us. The plunder of black life was drilled into this country in its infancy and reinforced across its history so that plunder has become an heirloom, an intelligence, a sentience, a default setting to which, likely to the end of our days, we must invariably return.

The killing fields of Chicago, of Baltimore, of Detroit, were created by the policy of Dreamers, but their weight, their shame, rests solely on those who are dying in them. There is a great deception in this. To yell â€œblack-on-black crimeâ€ is to shoot a man and then shame him for bleeding.

Coates takes the wrong approach as he veers toward the actual truth: diversity is the enemy because under diversity, someone is always on bottom. In a diverse society, in theory, we are all equals. In actuality, equality does not exist in nature, and one group either rises above or is perceived to have done so. This means that all others are subject to the whims of that group, which are cleverly disguised as mass consensus.

Further, by its nature as a “melting pot,” diversity destroys the culture of all groups involved. When you are surrounded daily by mixed culture, and your kids marry people from that mixed culture, what you are is obliterated. This will happen to black and white America alike, which is one of the many reasons why anti-diversity is not anti-black or any other group; it is opposition to diversity itself, which is a paradoxical/unworkable and fatally flawed program.

The point of opposition to diversity is not that it is a liberal weapon, nor that it is favoring one race over another. The point is that it is destructive in itself. It favors government because people without culture and heritage rely on television and government propaganda for their replacement for culture. However, it is just like many other liberal ideas simply an emotional reaction that ignores the reality of a situation.

Instead, the question upon us is one of history: what type of society thrives? The answer is simple: a homogenous one, united by culture as well as heritage and values, where government is less important. Ethnic self-rule and ethnic self-determination for all ethnic groups creates this outcome and avoids the constant social chaos of diversity. This puts the question to conservatives in a different light: do we wish our society to be heading in the direction of Finland, or toward Brazil? Diversity is the latter and its negation the former, and those who want more out of life than mere political recognition instinctively desire the end of diversity.

Correcting some illusions about Neoreaction | The hatred of the bourgeois