Correcting some illusions about Neoreaction 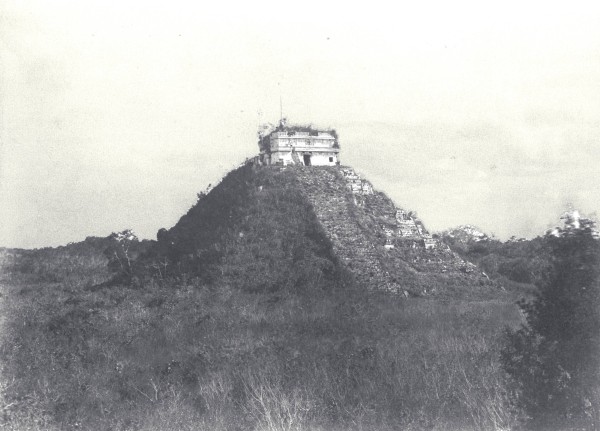 The liberal method of attack is the bait and switch: they create a simplified version of what they attack, produce several false targets that it does not address, and then substitute their version of it — simpler, more socially acceptable — and use it to distract from the actual task. Liberalism is a pathology defined by desire to avoid reality through validation of illusion by the group. There is safety in numbers, some say.

A recent attack on Neoreaction takes that very form:

NRx sees democracy as an ineffectual time sink and, more damningly, a form of collective criminality run by irrational mob rule. To neoreactionaries, belief in democracy is propped up by an unquestioned faith in progressivism and the particularly egregious falsity of egalitarianism.

Let us remove the trailer-park-residents-posing-at-being-educated overuse of language, like an overseasoned dish, and reduce this to its essence:

NRx sees democracy as…ineffectual…a form of collective criminality run by irrational mob rule. To neoreactionaries, belief in democracy is propped up by an unquestioned faith in progressivism and…egalitarianism.

Therein is the essence of Neoreaction: an attack on democracy that alleges that democracy is more of a religion than a factual approach to life, and that it is like committee meetings and neurotic group conversations entirely illogical and destructive. Not merely “ineffectual,” but ineffectual at actual problems, creating substitutes that lead us forward like bulls with rings through our noses.

This lie is propagated by â€œthe Cathedral,â€ an uncoordinated yet thoroughly distributed agreement to advance progressivism and democracy in politics, academia, journalism, and education. (Out of democratic chaos some sort of steady state manages to precipitate in the form of the Cathedral, if totally irrationally.) Egalitarianism and its subsequent ideologies, including any leftist politics from feminism to anticolonialism, are based in the dogmatic rejection of what neoreactionaries describe as human biological diversity, or the idea that both individual humans and macro-scale groups differ genetically in ability and character. For neoreactionaries, it is easier, as the rather loathsome blogger Jim Donald writes, to believe in leprechauns than egalitarianism.

Again we see many dog whistle terms and over-written adjective-heavy prose that would make a writer of a hundred years ago laugh out loud. This attack is more than incompetent; it is absurd. But let us correct some illusions. The root of the attack on egalitarianism is not human biological diversity, but the fact that even within intelligent populations mob rule leads to lowered standards and preferred pleasant illusions to complex truths. The Cathedral arises from and stays in power because of this vast popular support, which favors socially acceptable opinions over realist ones.

Neoreactionaries are terrified of â€œchaos.â€ They love â€œorder,â€ and believe in â€œcivilizationâ€ as the only morality.

More likely: Neoreactionaries recognize that most civilizations fail from internal division, or chaos. They prefer not to have their civilization fail, and see the purpose of being in a civilization as having a morality that includes both civilization and the individual, but not one or the other.

The rambling narrative goes on, in the odious style of bloggers that emphasizes easily digested purple prose over logic:

Nick Land, a British philosopher and Cathedral apostate best known for coining the nauseously zeitgeist-glutting term â€œaccelerationismâ€ some 20 years before it became an art world meme, praises the virtues of Shanghai, Hong Kong, and Singapore:

â€œThere is no part of Singapore, Hong Kong, Taipei, Shanghai, or very many other east Asian cities where it is impossible to wander, safely, late at night. Women, whether young or old, on their own or with small children, can be comfortably oblivious to the details of space and time, at least insofar as the threat of assault is concerned. Whilst this might not be quite sufficient to define a civilized society, it comes extremely close. It is certainly necessary to any such definition. The contrary case is barbarism.â€

Turning it around on this liberal zombie — as he would do to us — what, exactly, is wrong with wanting safe cities? What is wrong with social order? What is wrong with stability, fewer work hours and more time at home, and less wasted effort on futile quests for ideological perfection? He assumes those as moral goods and discounts any threat to them, which Neoreaction creates only through argument. The psychological instability of liberalism reveals itself here.

Societies, companies, computersâ€”â€œall three are moving in the same direction, that is, away from a top-down structure and a central command system giving the system instructions on how to behave, to a system that is parallel, which is flat, which is a web, and in which change moves from the bottom up. This is going to happen across all institutions and technical devices.â€

Liberals love a flat hierarchy: to them, it seems like equality. Conservatives measure actions in terms of results. To us, equality is a method, and it must live up to its promises or be discarded. Flat hierarchies mean above all else an inability to make decisions, something modern citizens seem to adore because it means zero oversight for them. Unfortunately, they also mean an inability to act decisively, which means — because to fail to move forward in a river is to be dragged backward by the current — steady degeneration to third-world levels of social order. Or rather, the absence of social order.

Neoreactionaries tend to imagine a future of monads: not a singular Aryan empire stretching from Washington to Florida, but an infinitely fragmented landscape of city-states based around the principle â€œall exit and no voice.â€ If you donâ€™t like it, you leave to the next city state, to the next CEO or king or king CEO. There is no politics, only compulsory rule that varies depending on which citystate you live in. Those unable to meet any kingâ€™s standardsâ€”the poor, unproductive, and stupidâ€”do not have to be killed en masse, according to Moldbug, but can be sealed off in a hermetic pod and plugged into a virtual world, Matrix-style.

Here he makes the same mistake many freshmen reading Plato do: assuming that The Republic is an ideal, when in fact is is a thought-experiment. “Exit” represents the idea that people can never influence a society because committee-style decision making rules that out, but they can choose to leave it, creating economic-style competition between different city-states. We have seen this before, in pre-Renaissance Italy, for example.

While this blog article is better than most, it remains a hit piece. Hit pieces argue passive-aggressively for their own assumptions by using their target as a canvas on which to project their insecurities. Cuck Matthew Shen Goodman does the same here. However, in order to do so, he must avoid the fundamental argument of Neoreaction: our great liberal experiment in the West has failed because democracy as a method creates goals of its own ease only, and misses out on social order and the constant pressure necessary to make a society rise above the human norm of filth, disorder and misery. The point is not what we wish to view ourselves as through the lens of others, as cuck hipsters do, but the place we want our great-great-great-grandchildren to live in.

Neoreaction has its flaws; criticism of it abounds on this blog. But fundamentally, it is the moment in which humanity says, “Wait, we took a wrong turn — let’s go back and try the other way.” In the case of the West, this wrong turn was The EnlightenmentTM in which we decided that the human individual — not idealized truth, reality, or God — was the standard by which we would guide ourselves. That has created mob rule with a lynch riot attitude, and it has failed to guide us. It has failed, but the signs are not obvious to all, so those of us who care for the future of civilization are looking to correct our wrong turn. Goodman’s fear of this shows us the liberal mentality in full flower: in denial of reality and actual threats, it turns to punish thought-criminals for noting the Emperor has no new clothes after all.

Looking for a place of peace | On diversity