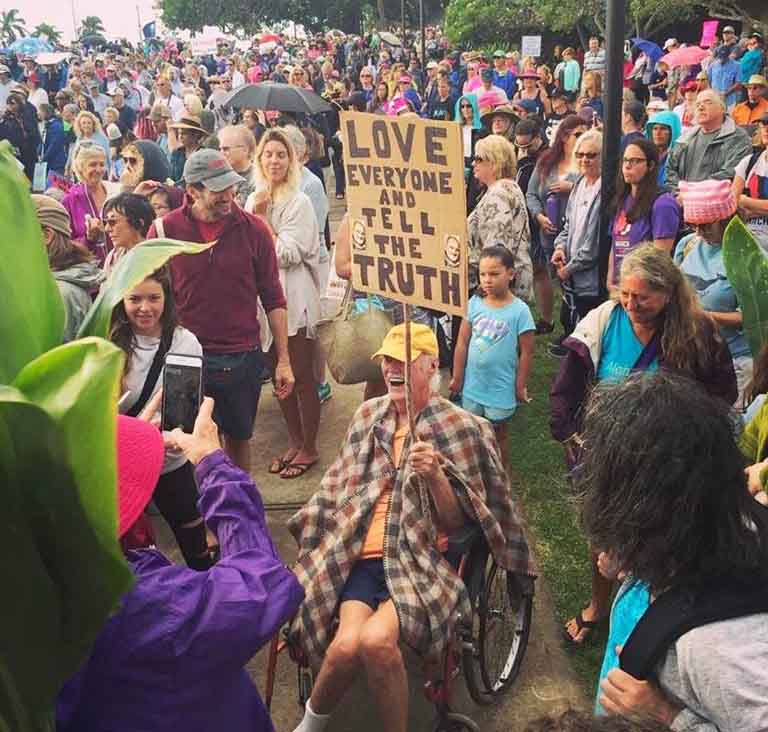 Modern life frequently reveals itself to be composed of paradox because it exists in two layers: on the surface, there are ideas which we share socially and politically that address external aspects of people like individuality, financial self-interest, and human rights. Underneath, there is what they actually think and know about the world.

We live in this social bubble, where around us people tell us what they want us to believe is true, media shares with us products they want us to buy, and research confirms what people want to believe. It is a combination of bourgeois consumerism and the need for every person to be included as equally important that removes us from reality.

As a result, we are accustomed to signals. A Harley-Davidson, bottle of Jack Daniels whisky, or blaring Motorhead signals rebellion. A Rolls-Royce, fine wine, and gentle Mozart signals wealth. Artistic inclinations, Leftist politics, and hip-hop music signals youth and hipness.

Most people live entirely in the world of signals. This enables them to feel most in control and to pursue their individualistic desire to be self-important, wealthy, powerful, and dramatic without being bothered by the details of the consequences of their actions. The social bubble is an ego bubble as well.

But underneath that world, or outside of it, another world beckons, one where we see the structure of reality itself. This is revealed mainly through cause-effect relationships that show how different parts of our world depend on others, in what degree, and over what span of time they cycle.

Among the prole herd, none want to hear about that, as it would interrupt their pursuit of individualism, or the idea that the human individual is the largest unit in society. They do not want to be obligated to truth, logic, tradition, heritage, intuition, divinity, or even sanity. They just want more of their glorious selves!

As a result, in the last days of Rome 2.0, we see a fetishism of external appearance that would have been described in the past as motley, that is, consisting of clashing and contradictory elements in an attempt to find a mathematically unique combination of clichés that then display the individual as having risen above the herd.

Like most things in a lower caste revolt, however, this collapses over time because when everyone is being “non-conformist,” then non-conformity becomes the new conformity. This was noticed by no less an august and sage resource than Ozzy Osbourne, who expressed himself thus:

In my attempt to feel young, free and nonconformist, couldnâ€™t I just have dyed my hair magenta, spent the weekend at Glastonbury in a tepee, or taken up with a toyboy? After all, even Ozzy Osbourne, who is no stranger to the tattoo parlour, reckons: â€œIf you want to be —-ing individual, donâ€™t get a tattoo. Every —-erâ€™s got one these days.â€

Once we understand that modernity is conformity, we can separate the surface from the structure. Conformity serves to support the crowd, which in turn supports the individualism of its members, but keeps them in a codependency relationship which causes the individual to become externalized, or acting for the approval of others.

That is the surface. The structure requires more thought, but involves the question of our goal, which implicates measuring our actions in terms of our objective instead of our methods. That in turn requires us to search our intuition and most inner thoughts to see what actually makes a fulfilling life for us and those around us.

In many ways, the recent history of the West can be seen as a flight from looking too deeply into these bigger questions. It is much easier to hover on the surface, and to focus on ourselves as a goal and everything larger than us as a method toward that end. But in doing so, we doom ourselves to triviality and meaninglessness.

In The Face of Chinese Threat, Conservatives Turn Toward Ending The Entitlements State | Debunking The Noble Savage Myth: Hunter-Gathers Were Not Pacifists Or Egalitarians