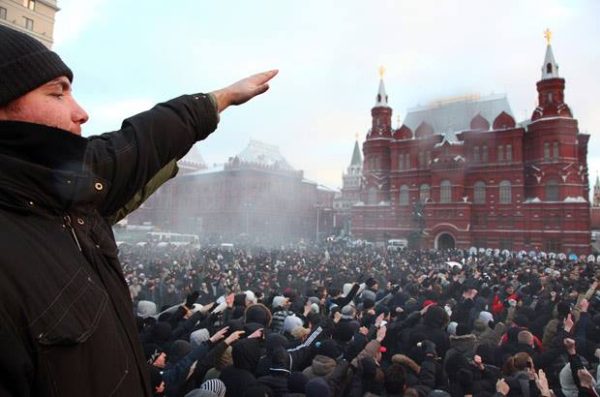 There is a spectre haunting the alt right â€“ the spectre of Moral Preening.

The term describes those who mistake their acceptance of the taboo for proof of their superiority, and as a result feel a need to smash down any others who don’t immediately accept their gnosis. Following this are the constant “purity spirals,” endemic to alt right discourse, where each party tries to be more true to an arbitrary ideological standard than the other, which creates constant infighting, concern trolling and pretense which renders alt right dialogue into impotent babble. If impotence is what you seek, you can go back to the Tea Party right now.

Those who moral preen might at first seem to be autistic, lacking the ability to process social rules without a legalistic framework or categorical flowchart unlike a neurotypical adult. As if in a bad episode of Star Trek, they will spill gallons of ink trying to solve a moral conundrum that a half-wit could solve successfully in a moment. But another possibility, specifically with the high functioning offenders, is that they have spent so much time reading alt right blogs and trolling Twitter, Facebook, and mainstream media comments sections that their baseline perception of reality is no longer calibrated properly.

At the root, moral preening is a high-level manifestation of a typical human behavior. Going back to our simian days it is most commonly seen in the phenomenon of “keeping up with the Joneses”: if your friend buys a smartphone, you do also, but it is important that yours have better specs. That way, you win! The same is seen in yard-of-the-month competitions, how SJWs use sophistry to pervert reality for their sociology program, and people who measure their life’s value in terms of number of Facebook friends. Preening has been with us since we were monkeys.

Unlike buying the latest increasingly dysfunctional Apple product, moral preening on the alt right shares a common vector: recognition of racial differences (the “Jewish Question” is an overlapping subset). Most of our population is programmed to avoid any acknowledgement of distinctions between the races in terms of ability, so the person who acknowledges them will suddenly be convinced that they have walked out of Plato’s cave and have seen the face of God.

This leads to hubris, and what started out as recognizing reality collapses back into wishful thinking, with an upcoming crash into a brickwall of reality, provided by the Nemesis Bricklaying Company. The problem is that, like a monkey who has found a shiny object to put on his head, they think that the power of this truth should color the rest of their personality, ideas and often-failing lives. A fact is made an idol, which turns it into a lie. The alt righter becomes as narrow minded as the libertarian, just switching out a dogmatic devotion to Austrian economics with an obsessive compulsion regarding racial hygiene (which then replaces ethno-nationalism).

Recognizing racial differences is not a Copernican revolution. I became aware of racial differences in high school because I did not have the luxury of growing up in a whitetopia where believing in multiculturalism was a live option. When daily experience demonstrates the implications of evolution and statistics on racial differences, the empirically-minded simply acknowledge its truth, much as they do with anything else that’s covered under Steve Sailer’s “War on Noticing.”

The problem is that, in order to weaponize their insights, the moral preeners frame the recognition of racial realities in moralistic language. The moral aspect allows them to transfer the observation from the empirical to a question of their own personal value in making a “better” choice.

This is arguing Ford versus Chevy, which always devolves into a battle of personalities, and not a question as to the merits of the actual vehicles, no matter how many specs decorate the flame wars on a message board. This resembles the trivial choice between the Democrat versus the Republican. Once the moralistic is brought into any discussion, it ceases to be a question of facts, and becomes a contest of will to power. The moral preener wants power, not truth.

Differences in race, sex, caste and ethnic group are not moral observations. They are realistic ones. They have no relationship to God, human social patterns, or a war between the angels. They are simply the reality-driven thoughts of animals attempting to adapt to their environment by understanding each of its parts. We seek optimal behavior like any other animal. If you are not prepared, on some level, to change your mind about race if presented with new data, you have abandoned realistic skepticism, and just invented a new Sunday School story for yourself.

Recognizing this allows us to see through the moral preening of some hangers-on, including some prominent and successful ones, within the alt right. The sane people are thinking about reality, and for them racial differences are as vital as knowing which plants you can eat and which ones poison you. The people who use racial recognition as some type of badge of moral honor are infected with the same disease of unrealistic thinking as the rest of this collapsing civilization.

The important point we can take away from this is that moral preening is a failure that all men a in danger of falling into. We feel contempt when we see the typical leftist engage in moral preening by denying reality, but no virtue is found in moral preening when our goal is instead grasping reality. Ideas that conform to reality are not shiny trinkets to dazzle the other monkeys in your troop with, but tools for navigating a hard, cold, inhuman, and uncompromising reality.