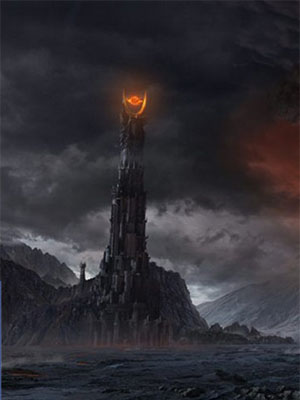 Among the American right-wing, there’s a perception that government has become a parasite.

This is because government works for itself: it invents reasons to exist, expands to serve those reasons, and then repeats the process. While presidents have periodically whacked it back in the past, the overall theme is one of mission creep: a set of goals that expands spontaneously, consequently requiring more people, money time and laws.

Such governments are “facilitative” in that instead of trying to provide a stable nation alone, they focus on providing services to their population. Because they pander to the individual, and to the majority of individuals, they inevitably drift toward the left and into the welfare state and Social Marxism.

Since the 1960s, the scope of government has expanded at an unprecedented rate. Where the Americans of old viewed government as a means toward military safety, economic stability and international relations, the new government focuses on domestic issues. Specifically, it attempts to tax the rich to subsidize the poor and provide economic and social equality.

This divergence shows us the choice in election 2012. We either choose government as a background force that provides stability, or we style it as a social services provider that is a moral guide to our society. Conservatives feel that culture, religion and heritage should guide us, and government should stay out of these roles.

Many reasons exist for this choice. First, administration is at best bureaucratic and impersonal in its nature. It achieves results by finding the most hopeless cases and devoting itself to them, which “looks like” productive activity in resolving social problems. It also applies impersonal and distant rules designed for mythical “average cases” to individuals, driving them mad.

History is in fact littered with examples of the failure of the administrative and bureaucratic state. When you have great individuals in charge with a goal set by culture, heritage and religion, nations arise which reward the best in individuals and as a result shoot to the top. When the bureaucracy is in charge, it rewards the most obedient, which discriminates against the competent and sends it to the bottom.

The two directions of government reveal themselves in this split: organic culture (conservative) versus administrative ideology (liberal). The other axis is degree of force applied to achieve this aim, which is why the left is a spectrum from anarchist through liberal democrat all the way to socialist and communist. Conservative nations thrive for longer periods of time.

Voters on the right and not concerned about this recession only. They see this choice of paths as what will determine our future. Do we become more like the America and Europe of pre-1960s values, or do we become more like the former Soviet Union? European Socialism and American “Great Society” programs have led us in the latter direction for the last 50 years.

Mitt Romney started his campaign on neutral ground, talking about reforming the economy and getting people back to work. These are traditional GOP cheering points. In this election, however, the audience wants more. They’ve been paying attention to the Tea Party and Ron Paul, and while they don’t want to hand power over to those entities, they would like to see more influence from those bedrock conservative movements.

The audience is there to propel him to the presidency, but Mitt does not yet realize that they have given him a mandate to go into the Mordor of big government, which is necessarily “facilitative” or welfare-oriented and thus likely Socialist/Marxist or something like it, and slay that big government by restoring it to its conservative role as provider of stability and nothing more.

This election determines the future of America, and influences Europe as well. If the majority does not choose a conservative style government, it will be replaced. The leftist government will import new voters, or cultivate rootless and angry people through bad policy, creating enough liberal voters to permanently send the US on a course toward full Soviet.

Future historians will view this election as crucial. Either Mitt will win and go into Washington and replace the rising left-wing social government, or the leftists will win their 1960s goals and convert the West to socialism, after which only collapse — economic, social, political and cultural — remains. Here’s hoping Mitt is up to the job.