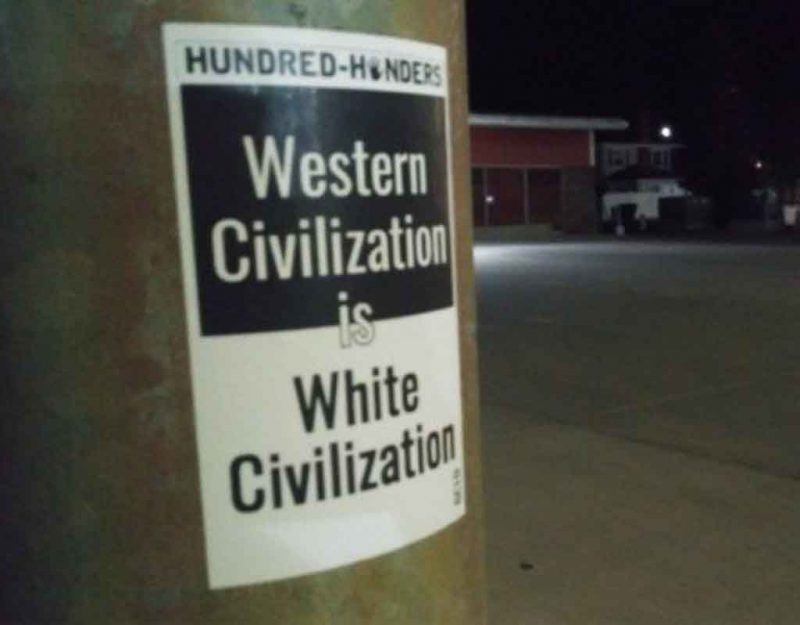 We are going to see this concept bouncing around more in the near future, so it makes sense to analyze it: is “might is right” a sensible statement of policy?

It was clear to me long ago that politics determined our future, since as human groups we must choose who to lead us and what they should do.

Equally clear was that good breeding — nationalism, eugenics, social hierarchy, and other things the Left fears worse than death — forms the cornerstone of all politics, since as Darwinians we recognize that DNA is the blueprint of life and therefore, determines the potential of our society.

With nationalism comes the realization that one ethnic group can be a nation, but once you get multiple groups involved, you face a declining future of infighting. Tyrants love diversity because infighting means the tyrant wins.

This presents a problem because these things are unpopular since they are not egalitarian. A nationalist society will naturally develop social hierarchies, where the higher IQ people are going to be a caste above the turnip-picking peasants and the nose-picking shopkeepers.

When presenting an unpopular truth, you can either try to convince people or force it on them. Since Dunning-Kruger proles will simply plug their ears, and cannot understand this stuff anyway because they lack the biological ability, you cannot convince them.

Proles are like little children. Inarticulate, they never know what they want, only what they do not, and they tend to blame the world around them for being “unfair” when they do not get to act out their little desires. When their actions turn out badly, they cry and self-destruct in tantrums.

This means that a stewardship relationship exists, since we could easily gas all of these little stupid midgets, but that strikes us as unfair. Someone has to dig the ditches after all, and it might as well be the dumb, since they notice the tedium less.

Once we get fully functional robots, in my estimation, the upper half of the middle class is going to break away from both the proles and super-shopkeepers like Jeff Bezos. The ovens will be operating late into the night but a more stable society will emerge.

After all, that is natural equality, since everyone will be of roughly the same level of ability. No one wants to admit this, but only radical eugenics can achieve that end, and even then some will rise above the rest. Hierarchy is innate to nature because without it entropy wins.

How do we justify the oppression of the proles that is necessary for us to avoid having them destroy us or us gassing them? Some say “might is right”: whoever is stronger makes the rules. Others, like myself, turn to conservatism, because tribalism and capitalism are not enough by themselves to make a society.

Conservatism baffles everyone because its definition is simple: realism + transcendental order. The problem comes in that only about one percent of any population can parse what either of those terms means.

The conservative answer to “might makes right” is “right makes right,” or doing what is realistic and increases the quality of existence in terms of that transcendental order is right. This is too complex for 99% of humanity at a bare minimum.

Consequently, Right-wingers have adopted a series of popularized fictions to teach the idiots so they can cheer for the right team instead of adopting the Slob Party, which is what egalitarians are, since only losers and slobs want to be made equal instead of changing and making themselves equal.

Your average conservative politician recognizes that he is telling little white lies to gassable untermenschen so that they will do what is semi-sane instead of what is full-blown insane like the Left, but sees no other way to get things done. Git ‘er done!

For those of you reading this site, and who have made it this far, that means that we can face the grim and encouraging facts of the situation here, but these will never be said in public. That alone should reveal that democracy is not just “problematic” but suicidal.

In the end calculus, the problem with democracy and other utilitarian — what most people think is minimally acceptable enough to compromise — systems is that they are “might makes right” in another form. A huge group of people agree, so anyone who does not gets stomped on and sodomized.

As noted by Anton Long, utilitarianism is bullying:

This doctrine – though unacknowledged – is also the raison d’être of the governments of many if not most modern nation-States, such as Amerika, where military might, or sanctions or bribery, are used as a means of making, and enforcing, policy and ensuring the well-being, prosperity, and security, of such entities.

Why the doctrine of the bully? Because those individuals who adhere to this doctrine, consciously or otherwise, lack both manners and culture (that is, they lack refinement, good breeding, and self-control) and as a modern archetype they represent nothing so much as brutish talking animals who walk upright and who possess a very high opinion of themselves; and an opinion that is more delusion than reality. Perhaps most importantly, such individuals do not possess that instinct for disliking rottenness that is the mark of the evolved, the aristocratic, the cultured, human being. Thus are they akin to uncultured barbarians.

…those who make the doctrine of Might is Right central to, or an integral and important part of, their Occult way or praxis are merely glorifying the irrational uncultured brute, and maintaining the delusions of individuals regarding themselves, their abilities, and their importance. Thus, such Occult ways propound such guff as “Reality is what we perceive it to be,” and “I command the powers,” and “I am (or can be) the only deity which matters.”

However, this tends to reward brute numbers and therefore, the shared lowest common denominator of illusion common to mobs, cults, committees, cliques, and other human groups that require surrendering individual judgment to what can be pleasing to others.

Even more challengingly, “right makes right” requires the 1% of humanity who have a snowball’s chance of hell of understanding this stuff to be in power, and to wield that power over the rest. Then, and only then, does might achieve something like “right.”