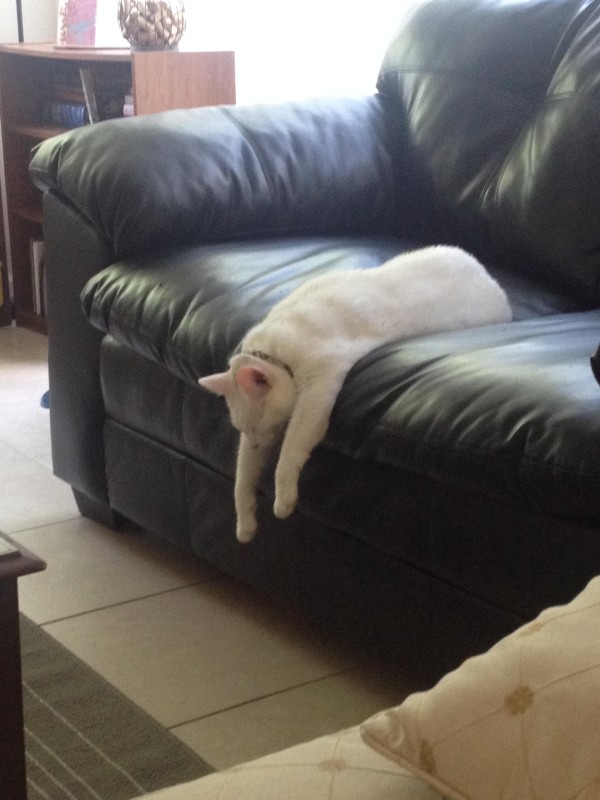 Why are conservative politicians and commentators such butts

I use the vernacular because it applies: the public face of conservatism generally consists of buffoons, with a few rare examples, and even those seem tainted by defensive lashing out in offensive ways. The term the kids around here use for over-qualified people without common sense is “butts,” and it applies in this case. Your average conservative politician or commentator is a butt.

(This is in contrast to the average liberal politician, who is a worse animal because he is aware that he speaks nonsense for the sole purpose of manipulating others, so he is a snake oil salesman whose primary method is creating scapegoats to distract from the actual scam he is working. These are less honest, and more slippery, but because they have purpose, tend to be more alert.)

Trying to show people the wisdom of conservatism is almost impossible because as soon as it is stated, up pops some utter idiot saying clear idiocy and avoiding the real issue as if he were unsure of his own views on the matter. These people drive away as many people from conservatism as they can, but unlike the liberals, they are not deliberate in this act. Rather they are confused. There are two reasons for this.

First, conservatives know — unlike everyone else, who is distracted by the scapegoating and floating on waves of dopamine with the happy images produced — that our society is a farce. Democracy is rule by the lynch mob and bitchy suburban shoppers that make customer service hateful, and the State is nothing more than organized theft; most people are venal, selfish and corrupt beings, and the few who are not are perpetual targets for theft, rape and exclusion. Most of this world consists of incompetent people who are in fact nothing more than avaricious monkeys who want to destroy those who are better than they. Conservatives know this, but it cannot be said, nor can it be stated that conservatism is a long slow retreat as we try to protect humanity from what it collectively “thinks” it wants, which is always wrong, despite 98.6% of humanity being unable to understand and thus in opposition to these truths.

Second, conservatives operate invisibly. Not for the reasons liberals do, which amount to being able to achieve deception, but because we believe that which governs best governs least. Ideal conservative government is behind the scenes and not noticed because everything simply works. This is the antithesis of what succeeds in democracy, which is generating drama through fears and scapegoats and false solutions on a constant basis. Conservatism is inherently anti-democratic because democracy is inherently anti-truth because of its preference for feelings, gossip, biases and group sentiment. Conservatives are inherently anti-politics because they believe in leadership not by what people want to see, but by what must be done to achieve a situation where what is needed recurs automatically. A good conservative leader eliminates problems by going to their source and redirecting it, not by the liberal method, which is to make a law, an institution to enforce it, and high penalties for those who resist.

I have in the past formulated conservatism with the simplified notion of realism + transcendentalism, which creates a basic distinction from liberalism, which arises from radical autonomy -> no standards -> altruism/egalitarianism. The conservative formula expands a bit when we compare how the two address having effect on reality itself:

Poverty provides a convenient paradox. In every nation in every time there has been poverty; however, poverty means different things. In classical Europe it meant living in a small shack and eating meat once a week. In most of the world at the same time, it meant living in a leaf hut and getting periodically raped by roving bands of cannibals. In modern America and Europe, poverty means an apartment with air conditioning and heat, a big screen television, internet access and a steady diet of junk food. If a society becomes wealthier, poverty stays with it, as a relative measurement, e.g. “Jim has less money than Sara, therefore Jim is impoverished.”

Most problems fit within this framework. Why does Jim have less money? He may want less; he may have more free time; he may be less competent. In either case, poverty in and of itself is not a problem, but what would be a problem would be a failure of the system to correctly reward Jim and Sara for their relative contributions. If Jim builds bridges and Sara is a Facebook consultant for a media firm, Jim should have more money, at least in a sane society. Liberals hate this idea and try to deflect from it. Liberals always deflect, which is why they try to get you to believe that “stupid people” are Jethro and Jed out in the country, not the utter idiots in our cities contributing nothing and running whatever they control into the ground.

Conservatives suffer because they cannot say these things, would be ignored if they did, and doing so would not lead to efficacy in government. Thus conservatives in public consist of well-meaning people who know they must put on a drama show to keep their jobs, and cynical people who are essentially liberals of a different sort who want to distract, deflect, scapegoat and deceive so they can profit off the excess of the herd. This is why when asked about conservatism, conservatives tend to point to dense books of theory instead of living persons.

The feedback loop between media and its audience

I knew a couple once who lived basically in a bubble. They had jobs and did them diligently, if distractedly and without thinking twice about them when at home. There, they tried to stay focused on activities they felt were rewarding. The problem existed in their pathology: if something came up which suggested they were wrong, they simply ignored it and pointed to something else instead. If their kids had trouble in school, it was the soft drinks, so there was a crusade to destroy all the soft drinks in the house and get the school to remove the soft drink machine! If the husband had trouble at work, it was because his coworker was secretly a very bad person, and so it was important to bad-talk him in social circles. They succeeded because they never doubted themselves, and never attacked any actual problems, because of this approach. However, it also made them miserable. They would never accept actual solutions to their problems, so the problems stayed present and exhausted everyone. Their tendency was to sabotage anything they did not like, which frequently included the actual solutions to their problems, such as the time the vacuum cleaner that did work but was hard to use kept “getting broken,” and the other one hauled out of the closet, resulting in a dusty house that gave everyone allergies.

An analogous situation exists with media. People gravitate toward media that reflects their outlook on life, and then use what is said there to justify their own beliefs. In other words, they select media for what agrees with them already and then use it as “proof” of being right. This is not lost on media companies, who cultivate audiences based on what those audiences already believe, and then sell to them a product which is essentially consensual reality validation instead of actual “news,” whatever that is. This means that every person exists in a bubble of consuming what agrees with them, discovering it agrees with them, and then acting on that as if new data were received, considered and analyzed. If you wonder why little changes in this world, the above provides one reason. Couple that with the liberal tendencies of media, and the base mechanism of liberalism to be scapegoating as a means of deflecting from what the liberal is actually attempting to do, and you have a perfect echo chamber for excluding threatening reality and replacing it with warm fuzzies.