Medicare For All Means Society Will Own You

by Jonathan Peter Wilkinson on November 7, 2019 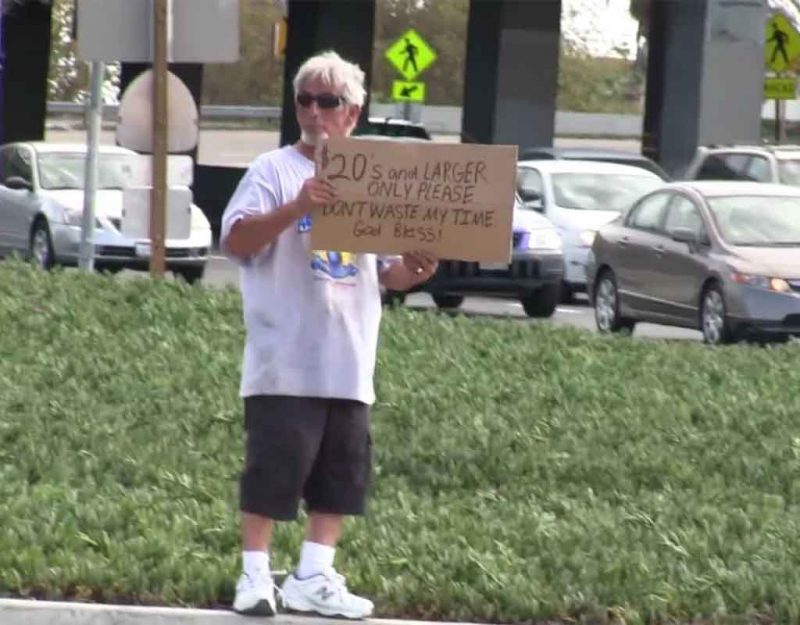 Elizabeth Warren knows one big thing. She is your typical midwit affirmative action hire bureaucrat that doesn’t know much else. She does not have to. She’s the squirrel who found the right nut. It is seeing her through the lifelong winter of her own pathetic, lukewarm mediocrity. Elizabeth Warren knows that democracy is based upon the stupidity of the lowest tier of the population granted suffrage.

To paraphrase an old Lynyrd Skynyrd standard, that’s a simple kind of man. A really simple kind of man. Perhaps one step below automation. Elizabeth Warren is so convinced that the average Amerikan voter is a moron that she’s repeatedly staked her career on it. When is the last time she lost? She holds high office right now. Explain to me how Jokeahontus has this wrong. She doesn’t, unless she does for a really vile and diabolical reason.

Herein lies a tale that Cuck Kevin D. Williamson inexcusably and deliberately misses the point on.

Writing at Slate, Jordan Weissmann describes Warren’s plan to pay for her health-care proposal as “not entirely realistic.” Indeed. And it is worth keeping in mind that all of the above relies on Warren’s own estimates of the cost of her program. Other analysts have put the number much higher — about 50 percent higher, in fact. If those estimates are closer to the truth, then paying for all this means doubling or more than doubling federal tax revenue. And here it is worth reminding ourselves that tax rates and tax revenue are not the same thing. Progressives like to point out that during the Eisenhower years, the top tax rate was radically higher than it is today. And that is true. But tax revenue today is about what it was then: From 1950 to 1960, federal tax receipts averaged 15.9 percent of GDP, whereas in 2018 they were just a tad higher than that, at 16.2 percent of GDP. So don’t let anybody sell you the story that we could pay for all this with the tax rates of the 1950s or 1960s.

So even Leftard (((Jordan Weissmann))) thinks this isn’t realistic. Kevie-Cuck does some moderately proficient economic research that demonstrates that tax rates and revenue collection are not mathematically proportional at all tax rates within the historical domain observed in Amerika. None of this requires an encyclopedic knowledge of physical chemistry or irrational numbers to adequately parse out. Jokeahontus perhaps relies on the current state of our edumacashional systim to help her sell her plans. Simple kind of man, stupid kind of voter, Lieawatha sits in the US Senate.

To understand why this seemingly useful map isn’t quite the real terrain, let’s look at how bad of an idea Medicare For All has to be before even (((Jordan Weissman))) is forced to conclude the blindingly obvious. Here’s where this whole thing starts becoming “not entirely realistic”. It starts with how Jokeahontus Lieawathas her way down from a $32 Trillion Dollar budget bill to a “Slim-Fast Cost” of merely $20.5 Trillion Dollars.

• They think that Warren can save an extra $1.7 trillion by more aggressively negotiating down prescription drug prices.
• Compared with the Urban Institute, they believe that moving to single payer will save an extra $1.8 trillion in administrative costs.
• They suggest that the government could milk another $2.9 trillion by reforming the way Medicare pays doctors and hospitals.
• Redirecting the money state and local governments currently spend on health care to the feds gets you another $6.1 trillion.
• Finally, slowing the growth of health costs gives you $1.1 trillion.

I don’t know about you, but I imagine the last time a member of The Sackler Family ever even picked up the tab for lunch he had a 30.06 pointed squarely at his nostrils. Forget the first $1.7T right there. Has Single Payer College (AKA GSLs) reduced the administrative bloat over at Miskatonic U? I dunno. I’ll go ask one of the 8 Administrative Assistants to one of the four Diversity Branch Chiefs who report either one of the two Interim Performing Vice-Presidents. Perhaps not, Dom Pardo. Maybe they could screw the doctors and hospitals. They’d save even more when all the doctors and hospitals they aren’t paying go Tango Uniform and stop sending any claims for reimbursement at all. Redirecting the money from state and local governments fires a bunch of state and local bureaucrats. Jokeahontus then “compromises” and makes every last one of them FedGov instead. This will cost oh, about $6.1Tr. You get the point, her plan isn’t going to save Jack and even a dumb football hick, Gym Teacher like Lynyrd Skynyrd could easily figure that out.

So it takes a far more powerful universal energy source than mere stupidity to power Medicare For All. We can peruse the Slate Magazine article a bit more and see how Jokeahontus will acquire the $20.5 Trillion Heap Big Wampum for all the gimmedats.

• First, businesses would have to pay an “employer Medicare contribution,” calculated based on what they already pay toward private insurance premiums today. Warren thinks this would be a saving of about $200 billion for employers, and that it would raise about $8.8 trillion.
• Second, she would hit Wall Street firms and large businesses, imposing a financial transaction tax (haul: $900 billion) and a series of major corporate income tax reforms, which would start by raising the rate back to 35 percent (haul: $2.9 trillion).
• Third, she’d further soak the rich (combined haul $3 trillion). Billionaires would face a 6 percent wealth tax instead of the 3 percent tax she previously proposed. And richer households would have to pay their capital gains taxes on a “mark-to-market” basis—meaning that if their stock portfolios went up in value during the year, they would owe taxes on the increase, even if they didn’t actually sell any shares.

That gets us to the meat of the proposal. Nobody believes in Gubbermint Cheese by the time they turn forty unless they also put all of their teeth that turn brownish-green and fall out under the pillow in hopes that The Root Canal Fairy will cut them a big welfare check. Nobody gets anything good out of Medicare For All. Nobody believes they will get anything good. Whether a voter supports Medicare For All depends upon what he thinks of the people who are going to get it if a Warren Presidency ever saddles this one up and goes on the warpath.

This entire proposal will be sold on who it fornicates, not on the basis of who actually gets fixed. It’s a pharmaceutical compound designed to kill rather than heal. If you consider Businesses, Wall Street Banksters, and Billionaires all to be unconditional cancers on our society, then this proposal is like experimental chemotherapy. Worth a shot. Hey, it might just nuke the bastards if we’re not quite progressing to Stage Four yet.

“Medicare For All,” like Affirmative Action, and many other “benefit” programs are not really proposed to benefit people. It’s a way of legislating towards a shoah of those you may consider access population without having to admit to being a goddam Nazi. Like calling jail cells free studio apartments, this is the art of bull faeces euphemism. You don’t redistribute the revenue to help the poor. You redistribute away from some SonnuvaDaBeach you can’t stand. Much of our Entitlement State is not about helping “the little guy”. We’ve had Barack Obamas, Jimmy Carters, and FDRs for darn near a century now. All those “little guys” are still mostly financial, moral, ethical, and epistemological midgets.

At some level, Kevin D. Williamson has to know this is the truth. He just can’t admit as much or else he’d get the exact same loyalty from NRO that he received from The Atlantic. Who could possibly forget the classic turn of phrase “The truth about these dysfunctional, downscale communities is that they deserve to die.”

And Kevie-Cuck wanted all the Rednecks who lived there to take coincident dirt naps in communitarian synonymy. He should know good and well that people who speak in euphemisms are basically passive-aggressive assholes who lack the courage to launch their heartfelt hostility and ill-will forth like a missile from a trebuchet. Did anyone telling Kevie-Kev to “learn how to code” after his debacle at The Atlantic really wish him any better a future than the one he wished upon the denizens of Gorbutt that he encouraged to “go rent a U-Haul?”

Obviously not. The same hostile and dishonest euphemisms underlay every liberal push for some new and shiny entitlement. They’ve got to tax the money to “pay for this” from somewhere. The somewhere is the key to what the liberals really want when they push this garbage. The lie about having to pay for something is just the niceness we have to engage in until demotism proceeds a wee bit further. Then we can just drop the euphemisms and go straight to the final destination of all this subterfuge.