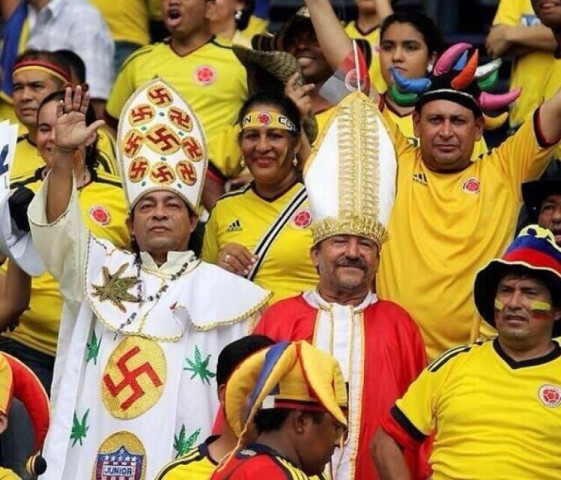 The change in laws always produces little pockets where you can get away with anything and make a vast fortune. These pockets occur between the action and counter-reaction, and now we are seeing these with the legalization of marijuana. In the future, you can smoke it, but you will not have healthcare if you do.

Most people do not realize that there is only one solution for healthcare and it involves the least amount of freebies. If medicine remains mostly unregulated, and therefore competitive, prices go down as doctors compete and because they need to spend much less on paperwork, lawyers, and consultants. Then, as was done in the old days, insurance can sell policies that pay lifetime support in case of catastrophe, like cancer diagnosis or disability. On top of that, charities might — as they did only a generation ago — run their own hospitals and care for those without the funds for medical services.

Around the world, “single-payer” (read: taxpayer subsidized medical welfare benefits) systems are failing because they create a cost spiral. The more free stuff you give away, the more people use it, and this kills off other systems that could address these costs, including healthcare given with employment. The American socialized medicine hybrid is failing because it admits illegals and other freeloaders, and has created an industry for health insurers to profit.

Look at how socialized medicine is profiting large corporations at the expense of the taxpayer:

The health-care sector is absurdly profitable. According to Yahoo Finance, the sector-wide profit margin is 21.5 percent. But the insurance industry is one of its least-profitable parts: Its profit margin is at 4.54 percent. Hospitals are also a bit strapped, with an average margin of 3.5 percent.

So where’s the money going? Drugs and medical technology, mainly. The major drug manufacturers have a 23 percent profit margin. The medical device makers are pulling in 12.6 percent.

That 4.54 percent figure may however be incorrect, since if we look past the dubious accounting, health insurers are raking it in:

In response to astonishingly high first-quarter profit reports from health insurance companies, the industry trade group Americaâ€™s Health Insurance Plans (AHIP), claims it is among the least profitable health care industries. AHIP says the health insurance industry profit margin is only 4.4%, and that this â€œlow marginâ€ represents less than one penny out of every dollar spent on all health care in the U.S. These are simplistic and misleading statistics.

Last week the New York Times reported that the health insurance industry is enjoying record earnings while millions of Americans get less medical care. Wall Street investors are delighted with the industryâ€™s profits, and to health insurance executives, thatâ€™s all that counts. Insurance CEOs want investors to buy their stock and keep share prices marching higher, and thatâ€™s exactly what has happened. To achieve excessive profits, insurers are happy to gouge consumers and small businesses, do little to rein in medical costs and spend billions of our premium dollars on lobbying, secret political activities, bloated executive pay and stock buybacks.

AHIPâ€™s focus on profit margins is misleading and designed to protect their massive income by shifting attention away from their return on equity â€” a key measure of profits as a percentage of the amount invested. That return is a phenomenal 16.1% as of today. By that measure, health insurers are ranked fourth highest of the 16 industries in the health care sector.

A typical insurance fuzzy accounting involves declaring a low profit through creative accounting, including registering losses in advance that over the coming months or years will turn out to be less extreme. One method of doing this involves claiming drug cost at full price, but buying bulk and thus turning a profit while taking a loss “on paper.”

As a whole, the insurance industry is doing quite well and is making record profits. Health and life insurance together made a net revenue of $852 billion dollars in 2016.

The more regulations we write, the more insurance companies are able to limit what they pay out, and they can always profit by cutting the quality of services. Despite the service cratering, they will do fine. What they fear is an unregulated insurance industry where they have to be competitive, as the health care plan outlined above will provide.

However, government loves regulated health care because it provides for control of behavior. When you pay for your health care, those decisions are up to you; when your insurer and government have a financial interest, they start to write the rules. So far, those rules punish obesity and smoking. What else will come in the future?

Most likely, all that new legal weed will be regulated because insurers now have proof that marijuana smoke is dangerous through secondhand smoke:

So far, Springer and his colleagues have published research demonstrating that just this one minute of exposure to secondhand smoke makes it harder for the ratsâ€™ arteries to expand and allow a healthy flow of blood.

With tobacco products, this effect lasts about 30 minutes, and then the arteries recover their normal function. But if it happens over and over, the arterial walls can become permanently damaged, and that damage can cause blood clots, heart attack or stroke.

Springer demonstrated that, at least in rats, the same physiological effect occurs after inhaling secondhand smoke from marijuana. And, the arteries take 90 minutes to recover compared with the 30 minutes with cigarette smoke.

And with research like this the notion of the “victimless crime” goes away and marijuana can be persecuted as hardily as they are cracking down on smokers, even those without significant health risk like cigar smokers, in the current time.

The publication reporting on this research is from Kaiser Health Networks, one of the major insurers in California and the United States, whose concern is obvious because most of California seems to smoke marijuana daily. Now these people can be billed more and, whether the dope is legal or not, may find themselves excluded from health plans.

If you want a glimpse into your future where corporations and Leftist government rule, this is it. You can do anything you want, but you will be forced to pay massively for it. To do that, you will need an elite job in the system. Once you have one of those, they write conditions for keeping that job.

People are like bulls at a bullfight. When the red flag of unbounded freedom appears, whether that be “equality” or free stuff, they charge ahead, not realizing that behind the flag is a person, and that person has an agenda to increase their own wealth and power at the expense of others.

Party Ideology | Call For Submissions To The Culture Section