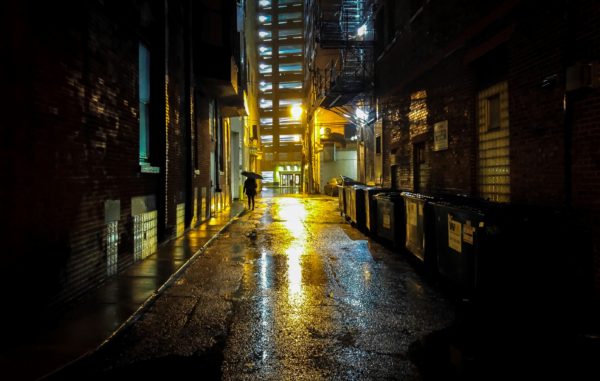 One of the concepts explained at length in the followup to Nihilism is that of mental maps, or how we have representations of the world in our mind which are not symbolic but designed to mimic structures found in the world. These generally follow the primal archetype of a geographic layout because this is probably their role throughout evolution.

Mental maps allow the brain to navigate the world, but this comes with a downside, which is that they provide more intense internal stimulus than external stimulus because the associations — firing of neurons — happen more easily than if provoked by anything but threat, sexual excitement or other extreme external stimulus:

The neuroscientist John Oâ€™Keefe discovered cognitive maps in the 1970s. His research ultimately won him a share of the 2014 Nobel Prize in Physiology or Medicine. Oâ€™Keefe was not looking for maps in the brain. Newly arrived at University College London (UCL) from McGill University in Canada, he was actually interested in memory.

…Oâ€™Keefe and his student Jonathan Dostrovsky set about recording hippocampal neurons to find out what they do on a normal day in a normal rat that was just foraging around for food. They made a remarkable discovery. Some neurons in the hippocampus would become active only when the rat walked into a particular place in its environment. After many control experiments to see if the cells were being activated by particular sights, sounds or smells, Oâ€™Keefe concluded that these cells were being stimulated simply by the ratâ€™s being in a particular place, and so he named these neurons â€˜place cellsâ€™.

Our contemporary public culture normally associates Pavlovian response with trained behavior, but the bigger story here is the formation of nerve connections which provide more intense sensations that most things we perceive from the outside world which do not trigger our 4F — foraging, fighting, fleeing or reproduction — responses.

This provides the basis of human solipsism because our memories and the triggers (sorry, SJWs) stored in them will always be more powerful than perceiving the world, in addition to being faster and thus, striking us as more important. This means that the more we look for clear thoughts, the more we find memories comprised of our conclusions from the past.

That in turn interrupts cause-effect logic because we are no longer working from cause, or how we get to a certain reasoning, but from effect, or the conclusions we drew, which makes us look backward to method and not purpose as the core of our thinking. That in turn pushes any concept of understanding why we do what we do aside, and encourages us to repeat actions that were successful for ourselves or others.

In this, we can see the basis of an inherent instinct toward both conformity and methodological thinking in humans; the latter also produces conformity because it encourages people to engage in similar behaviors, and not to think about the reasons why those were successful in the first place. From this, the origins of the herd instinct that manifests in democracy when a civilization becomes neurotic enough can be found.