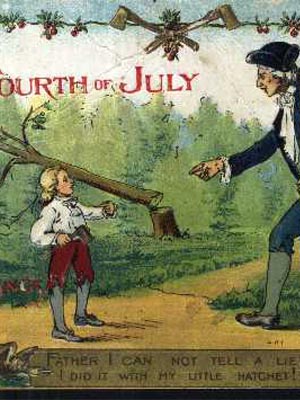 We live in a time with one commandment, which is that we must all be equal.

For this reason, we make excuses any time reality comes short of that entropian/Utopian notion.

In the same way people attack the wrong political targets because they are afraid of violating a sacred cow, we ignore that sacred cow and in fact lie consummately about it in order to avoid the issue.

Where there might be a rational explanation, or we might even be able to achieve resolution to the problem, people do not even want to see the problem — it challenges too many of the assumptions upon which they rest their oblivion hopeful that everything will turn out alright if they just keep doing what they want to.

Our first contestant today is… the UK race riots and the USA race riots.

What colour is Mark Duggan? Mark Duggan is the man who was shot dead by the police on Thursday in Tottenham. The Tottenham riots last night were sparked when people protested his death. This morning, I first heard of the riots on the radio, then on the television. I read articles on the internet. But oddly, no one would say what colour Mark Duggan was. No one would say the unsayable, that the rioters were, I suspect on the whole, black. Then, finally, Toby Youngâ€™s Telegraph blog post on the riots was published. Is Toby Young the only journalist out there who will dare say that these riots are about race?

Still, one paper did carry a photo of Mr Duggan. When I saw the photo, it confirmed what I knew instinctively: black youths once again have set London alight.

Then [the police officer] told me that 80 per cent was black on black gun crime, and that of the remaining 20 per cent about 75 per cent involved at least one black person: black shooting white, or white shooting black. I pushed to know more. While he kept saying his stats were crude and he didnâ€™t have scientific numbers, on the whole the whites who were involved in these shootings tended to be from Eastern Europe.

Problems cannot be addressed unless people are willing to tell the truth. As with so many other things in this country, we stick our heads in the sand and refuse to speak out about it. – The Telegraph

These have been made complicated because, after the initial wave of riots, other people joined in giving the riots a truly multicultural character. This does not disguise their origin: a race riot based on a police action against a person of minority status.

But not so complicated as to justify the response, which has been to make excuses. By making excuses, I mean inventing alternate scenarios for what could be the response, as obvious to the obvious: diversity is not working, there is massive distrust and as a result, you have race riots.

I repeat: these are race riots.

However, our media does something clever — they take a contributing cause and try to make it the cause. This is like someone noticing that a your family got robbed and gang-rape and saying, “Oh, well, she had a Gucci purse. A GUCCI purse! He can’t resist Gucci.”

Many of London’s teenagers have been rioting because they “lack hope” and “feel let down by society”, according to youth group leaders.

“Young people are bored and feel they have nothing to lose,” said former gang member Kim Gardner, who now mentors young people in gangs to try to help them turn their lives around.

But young people BBC London spoke to warned other teenagers, who have been taking to London’s streets, that rioting is not the solution.

Nevil Fenton, 17, who witnessed looting taking place in his neighbourhood in Hackey, east London, on Monday night, said troublemakers were “putting a strain on their own communities”.

“If you’re angry at the police, why set fire to shops?” he asked. – BBC

That’s a good question, Nevil. The answer is that “lacking hope” and “angry at the police” are not reasons, but justifications.

They don’t know why they’re rioting. General upset is part of it; a trained helplessness that teaches them that only burning things gets the attention of their overlords, that’s certainly part of it. However, under that is a simpler reason: diversity doesn’t work, and so they’re miserable and angry.

Also, as pointed out above, for reasons unknown, minority groups both white (Eastern European) and non-white seem to have higher rates of crime than impoverished people of indigenous origins. We don’t need to figure out why, right now; a fact’s validity is not contingent upon its cause, but that it exists.

If these people simply lacked hope, they would do what people have done in every other generation: band together and start their own economy as best they can.

Something else is afoot. However, it’s worth mentioning that the media told you a partial truth — their emotional state may contribute to their unhinged, amoral, destructive, dysfunctional and self-defeating behavior.

The blazing infernos which took hold in the UK’s biggest cities have shocked British society. It wasn’t a desire to protest that drove the brutal looters onto the streets, but pure consumer greed. Bankers, politicians and media moguls have made this greed socially acceptable.

It was pictures like these that disproved the theory that the riots were protests, or a youth rebellion like those that have taken place in other European countries against government austerity packages.

It was nothing of the sort. The events which unfolded on the streets of London and other English cities last week were brutal and full of an enthusiasm to inflict the greatest possible damage, even on mere passers-by who had the bad luck to get in the way. It was as if the gang from Stanley Kubrick’s classic film “A Clockwork Orange” had left the screen and become real, only this time armed with BlackBerrys. – Spiegel

We are desperate to blame anyone but the perpetrators.

It was Santa Claus; all those gifts he keeps waving around, like a red flag to a bull…

Definitely, the decline of our society into greed is a problem. But it’s not the problem here.

Our media will make any excuses to avoid seeing the obvious, because the obvious requires they sacrifice two sacred cows: (a) diversity — which doesn’t work — and (b) the equality of all human beings, which has been proven untrue. Not every impoverished person who wanted a Gucci went out and rioted.

We are all baffled: why is this so hard to discuss?

Moving on, weâ€™ve just had the England riots right in front of us. But whatâ€™s new? The 60s had plenty of â€œBurn Baby Burnâ€ moments, which got our attention and caused us to actâ€”to move the hell out of those neighborhoods. Weâ€™ve had our Seattles, our East Cincinnatis, our Wichitas, our Knoxvilles, our wildings, our flash mobs . . . This cannot be hidden.

So I guess Iâ€™m left with the same question I started with: â€œWhat will it take before we wake up and DO something?â€ – TOO

What we’re fighting against here is the deepest principle of our civilization since the Enlightenment: that everyone is equal.

If that falls, diversity falls, and so does class warfare. Suddenly, some people are born to be servants and some to rule the manor, again.

Every single thing you read, hear or see in the media rebels against that.

It violates the spirit of the French revolution, of democracy itself, of liberalism, and even of what we think of as politeness. To turn to your neighbor and say, “Bill, I don’t mean to be a prick, but God gave me an IQ of 122 and you an IQ of 115, so I’m the boss and you fix the rotors.”

To finally admit that our professionals are the people clustered around 125 IQ points. And even to admit less tangible things as true: that character is mostly inborn, but made not through coddling but through challenge, and that some people — most people — are as thoughtless as animals and should never be given much choice about their destiny.

We have been hiding for so long from the fact that the average person, if given a chance, will run up his credit debt buying giant cars, huge homes, spending wastefully, etc. Not everyone can manage their own lives well.

And to admit all these things unravels most of what we’ve spent the last 200 years doing, casts doubt on several of our wars, and requires we restructure our society. It freaks people out.

The alternative should freak them out more: by insisting on paradoxical information, we slowly but surely destroy our civilization from within.

And that is why you never, ever make excuses.